The clip shows an “idiot” driver speeding the wrong way round a roundabout to overtake another car.

The driver is believed to have had a child in the backseat on the passenger side, which was nearly slammed into by a van during the dangerous maneuver.

The dangerous driver was caught on a dash cam yesterday at around 10:15 in Waltham Abbey, Essex.

A passenger was spotted in the backseat of the car and ‘child on board’ stickers were seen by the dash cam driver who was travelling behind leading him to believe there was a child in the car.

At the beginning of the clip three vehicles can be seen approaching a roundabout.

A van begins travelling round the left of the roundabout in the correct lane, and is closely followed by another car.

The third car then begins driving on the right side of the roundabout at speed and pulls out in front of the van as it tries to exit on the right hand side.

The van narrowly misses colliding with the vehicle as it continues straight over the roundabout and pulls out in the right-hand lane in order to overtake the second car, which is also coming off at this exit.

Peter Smith, 31, who filmed the car said the driver had been tailgating and weaving across lanes for at least two miles before pulling the stunt. 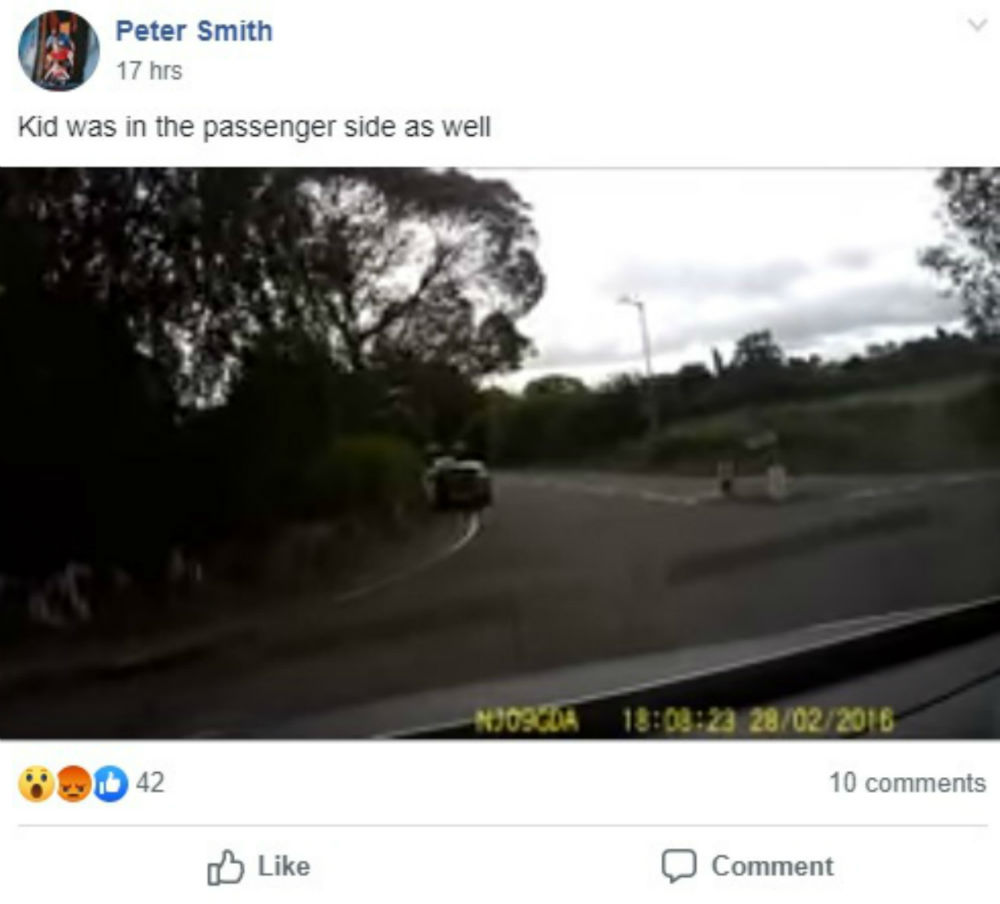 Speaking today Peter who is a team leader at Stansted airport said: “The truck driver had good reactions, it always looks further away on camera than it actually was.”

“It happened on the Crooked Mile on Bumbles Green, it’s a 50mph limit on that road going down to 30mph on that particular stretch, the car had been tailgating and weaving out for at least two miles when unexpectedly he decided to do this.

“I didn’t catch up with them either, so he must have gone at speed through the rest of the 30mph zone.”

Strange as it seems I’m sure it was a male driver and I could see someone fidgeting a lot in the back seat on the passenger side, their were also ‘child on board’ stickers on the back windscreen.

Peter posted the video to Facebook group U.K. Dash Cam Footage writing: “Kid was in the passenger side as well”

Other users were shocked to see the footage.

Another user called the driver “suicidal”

Another user commented: “Far too many idiots like this on the road”

He wrote: “I never advise anyone to report stuff, if they want to that’s their choice, but pulling a stunt like that with a child on board needs to go to the boys in blue.”