ASOS have come under fire for putting a fake pregnancy bump on an alleged Love Island contestant to model maternity wear.

Social media users have hit out at the fashion retailer for false advertising after spotting photos which appear to show Arabella Chi, the latest entry on the ITV2 reality show, modelling the maternity range.

The debate was sparked by twitter user @charlottewheatx who noticed the resemblance between the photos on the ASOS website and Arabella, 28, who is a professional model.

Online critics have condemned ASOS for a lack of representation, arguing that they should have used genuinely pregnant women to model the range. 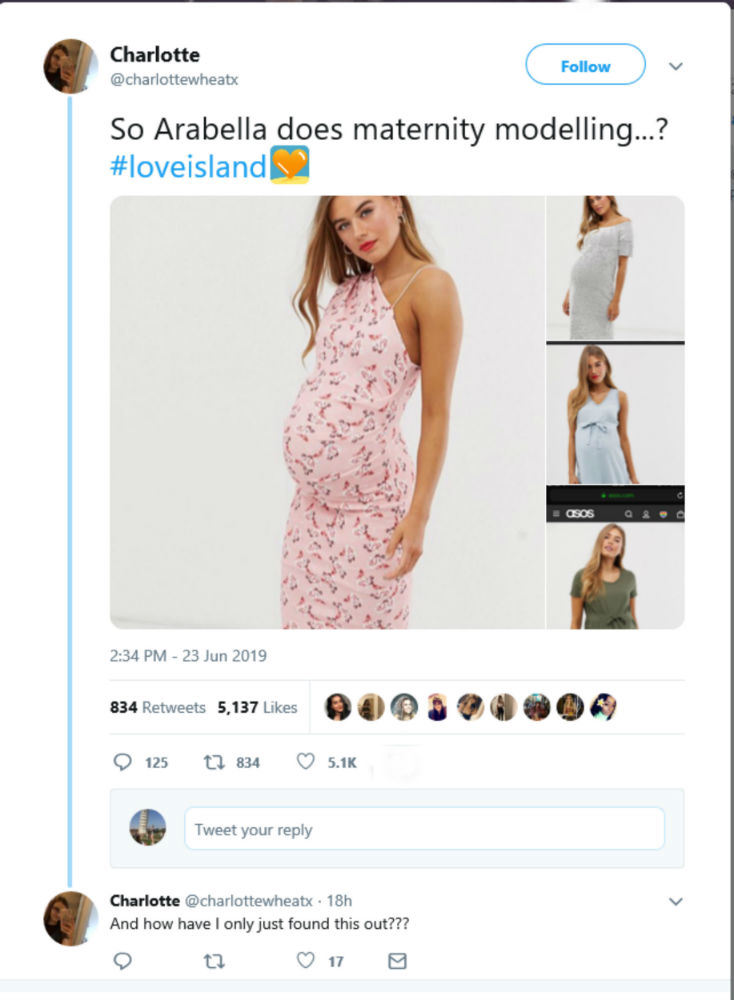 Charlotte took to Twitter last Sunday to share her thoughts on the matter along with the pictures which claim to show what she believes is the supermodel modelling maternity clothes.

She said in the post: “So Arabella does maternity modelling?

“False advertising. Glorifying and representing pregnancy in a false manner. If ASOS don’t hire or employ pregnant models then there’s not much point in having a maternity section.

“It may also give parents false expectations of what clothes look like.”

There was also plenty of Twitter users who criticised the fashion empire.

One user, Sian Morris, tweeted “I bought maternity stuff from ASOS and even now when we talk about pregnancy (a year on) I tell people how I had huge arms when pregnant! Bet my arms were blooming normal, it’s just the ASOS maternity models weren’t pregnant”.

@punkveins said: “It is shocking, have they also increased the size of her breasts which happens to most women during pregnancy?

“It’s also horrible because look at how glowing she is, like any expectant mother isn’t going to be feeling a bit meh wondering why they don’t look so glowing.” 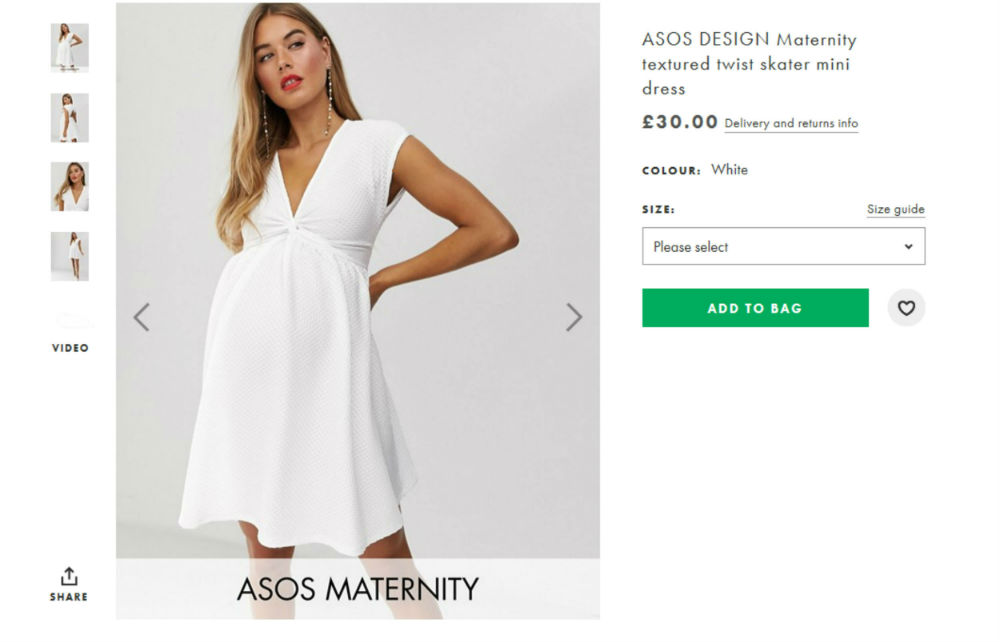 However, others have defended ASOS, pointing out that it is impractical to expect heavily pregnant women to stand and model for long periods of time.

@jamiejamesyates tweeted, “ASOS shoot thousands of items per day; it’s the most intensive e-commerce client for models. To keep up with their demand it’s not fair to throw a pregnant model in when the workload is so high. Lots of clients do use pregnant models, but intense ecom isn’t ideal for them.”

Monica Sinclair said: “Have you been pregnant? Cause let me tell you as a woman who has, I wouldn’t be standing for hours heavily pregnant modelling. Not false advertising at all.

Arabella made a dramatic entry into Love Island last week, but has not mentioned if she has a child or has ever been pregnant.

ASOS did not confirm whether Arabella Chi was the model in the clothing range, but did confirm they use “prosthetic maternity bumps.”

A spokesman said: “I can confirm that we use prosthetic maternity bumps. This is to make it easier for customers to compare fit between different products.”