BIZARRE footage captures an irate man showing his aggression by punching and kicking a metal fence, to the amusement of onlooking McDonald’s customers.

The clip shows the people asking the angry man “what are you doing” as he appears to warn others not to infuriate him more.

He can be seen kicking a pole during his rage to which an onlooker replies: “That’s a metal pole.”

The incident took place at around midnight on 22 June at a McDonald’s in Bridge of Don, Aberdeen.

Engineer Jake Scott, filmed the footage and posted it to Twitter with the caption, “Aberdeen McDonald’s”.

In the video, which has attracted over 5,000 likes on Twitter, a man dressed in a grey sweatshirt can be seen jabbing at thin air before landing several punches on a wooden bar.

The other men can be heard laughing off his advances as they keep their distance, before one tells him to “wise up”.

The scrap unfolded near the entrance to the McDonald’s as diners looked on.

The video shows the man become increasingly worked up, shouting and swearing as he inflicts punches and kicks on a small fence.

Users on social media have reacted with hilarity to the exchange. 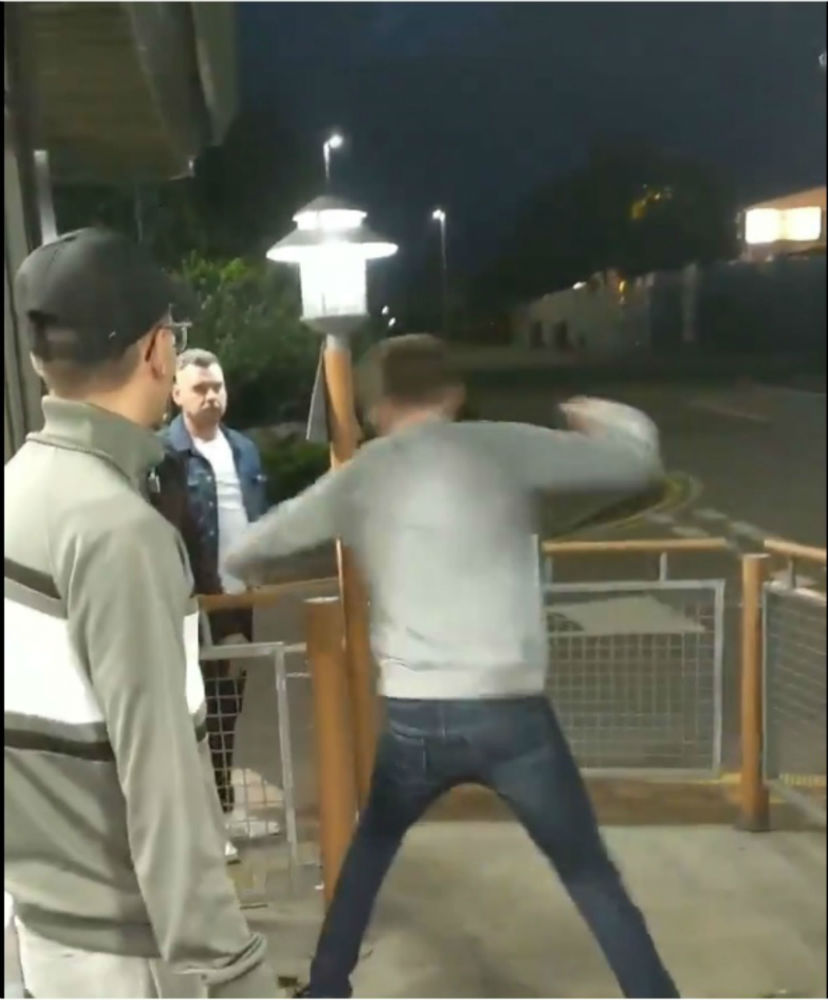 One user @TartanHulk captioned a screen-shot of a McDonald’s customer watching the argument with, “Dinner and a show! That lass had a good night”.

Another, @craigmo1981 speculated that the man had simply over-indulged, commenting “That McFlurry musta went straight to his head”.

It is not known what kicked off the bizarre scene, but Jake, 18, said it began after the two men began taunting the angry man.

He said, “The guy was just laughing and winding him up and then he started acting the big man and the other guy was telling him to stop making a fool of himself.”

Police Scotland confirmed they were called about the incident, but it was reported as a minor disturbance and no complaint was made.