BOBBY BURNS can barely tolerate losing to his little brother on the PS4 so, by his own admission, suffering defeat against his Glenavon side was something of a ‘nightmare’ for the Hearts defender.

Burns has two younger siblings still on the books of the Lurgan Blues, Paddy and Malachy, and the former came on as a second-half substitute on Saturday, helping the hosts secure a 2-1 triumph over the Jambos.

It was a proud moment for mum, Theresa, and the swathe of friends and family who were in attendance at Mourneview Park.

However, Bobby was left forlorn as Paddy walked away with the bragging rights – and reckons it was probably for the best that they were kept apart on opposite flanks to avoid another addition to their catalogue of brotherly scraps.

“There are 15 months between us and we used to be very competitive, whether it was Gaelic [football], badminton, cards or just FIFA,” laughed the elder Burns sibling.

“We were banned from playing against each other after a few minor incidents in the house. My mum was pulling her hair out!

“Who was the more sore loser? It was definitely him, although he would probably say it was me.

“Thankfully, we were both kept on opposite sides of the pitch on Saturday – but the result is a nightmare. I’ve lost the bragging rights in the house.”

Burns is adamant that ferocious sibling rivalry is what spearheaded his rise to the professional ranks.

The promising left-back played 46 times for Glenavon by the age of 18, scoring eight goals and cementing his status as one of the brightest young talents in the NIFL Premiership before joining the Jambos last summer.

Paddy, meanwhile, is captain of Northern Ireland’s under-18 squad.

“It was always great to have competition. We used to push each other on,” added Burns.

“Even just in the back garden, it was great to have somebody to play with and drive you on. We were always very active and wanted to win at everything we did.

“Our other brother, Malachy, is at Glenavon as well. He is 15 so he was a bit young to play on Saturday but maybe one day three of us will play in a game – maybe for Northern Ireland.

“But I need to get myself in there first. Paddy is captain of the under-18s so I need to kick on before he catches up with me!”

Goals from Stephen Murray and Matthew Ferguson did the damage in Lurgan before Sean Clare struck late on. It left Burns with mixed emotions on his return to Mourneview. 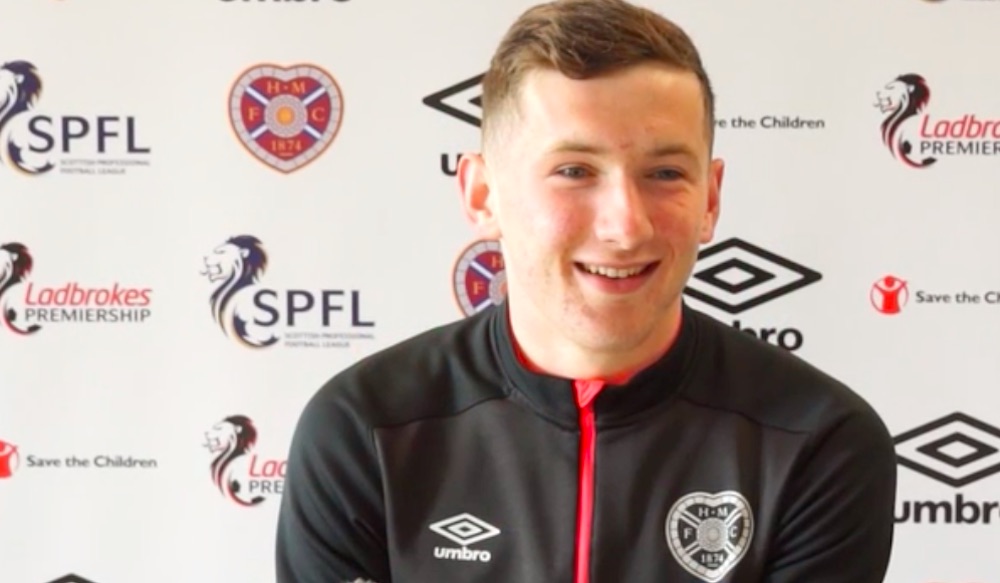 He added: “It was bittersweet because I played almost 50 games for Glenavon over three years and I have very fond memories. My brothers are here so I keep right up to date with what’s going on. So it was great to be back but we didn’t do ourselves justice.”

Burns, meanwhile, contends there is still much more to come from himself despite a solid maiden season at Tynecastle last term.

He broke into the Hearts side towards the end of last season, having enjoyed a loan stint at Livingston in the first half of the campaign, and cemented his place in the Northern Ireland under-21 side.

He will battle it out with Aidy White and Aaron Hickey for the left-back berth in Gorgie.
“I was happy enough with how I ended the season but I still think there’s more to come,” he added. “I can play better. I haven’t fulfilled my potential yet.”