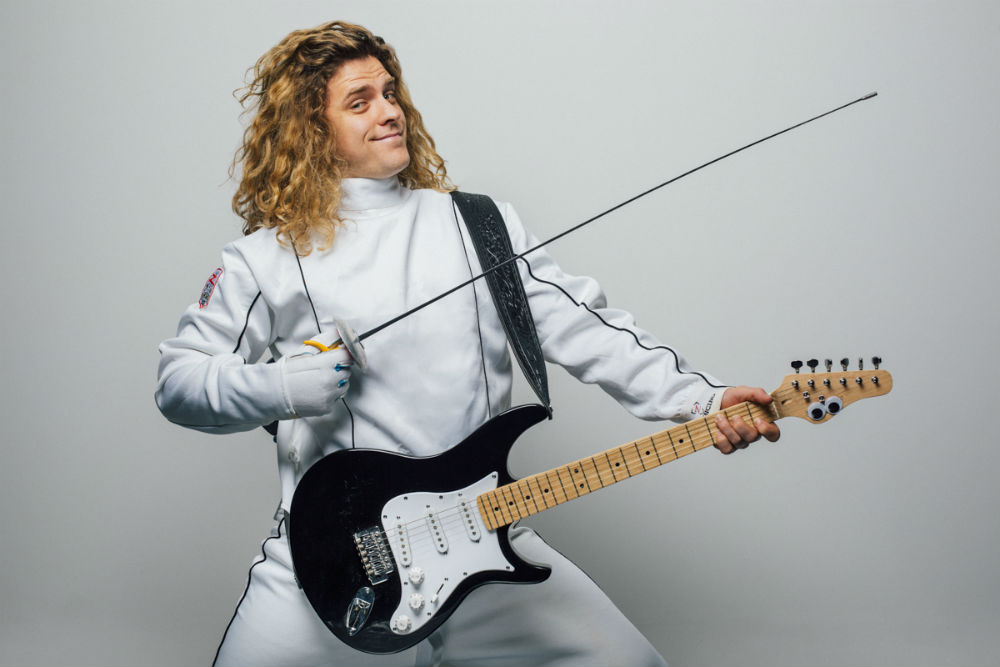 After touring the UK with his award winning show The Birds and the Beats (an exploration of sex education and consent) Australian musical raconteur Grant Busé returns for his fourth Edinburgh Fringe.
Armed with a brand new show that duels with the big issues like politics, anxiety, death and Marie Kondo, Busé promises to satirically serenade Gilded Balloon audiences this August.
A special needs teacher by day and a comic by night, this ex-Neighbours actor invites audiences to join his new comedy class on how to deal with life’s blows.
In Grant Busé: Touché Busé there will be no parrying of Busé’s disarming charm, sharp wit and hit tunes. Behind the safety mask is a comical story of adversity, adversaries and generally advancing through life.

“In this new work I’m trying to turn life’s hits into skits and blows into shows”, says Busé.
“It’s about learning how to keep fighting when life gets you down.”
I wanted to write a show that not only explores the common hardships we face but also offers the audience a solution – a comedic coping mechanism. A universal way to react to a break up, being late for work or just being pulled into audience interaction”.
Grant Busé is most well known in the entertainment industry for his skills as a comic, singer, multi-instrumentalist, actor, dancer and radio presenter.
He has performed his comedy on TEDx and performed in professional theatre, film and TV, including a recurring role as ‘Jackson Bryce’ on the classic Aussie soap ‘Neighbours’.  He regularly performs and tours around Australia, UK and Europe.
Share
Facebook
Twitter
Pinterest
WhatsApp
Linkedin
Previous articlePREVIEW: White Collar Comedy
Next articleUK’s first female students finally awarded degrees in medicine