A CHEEKY student “recycled” a demolished sculpture by one of Scotland’s leading artists and presented it to him inside a broken biscuit box.

David Mach created the £35,000 sculpture, called Phantom, in Kirkcaldy, Fife, but it was dubbed the “Whale Penis” by locals and then had to be scrapped after it started to fall apart.

One of his own students, Sarah Marshall, salvaged some of the pieces and decided to create her own sculpture, which she called “Save the Whales”.

The 40-year-old from Perth completed the art work with jammy dodgers and a wooden spoon resembling a sperm, putting it all in a biscuit box. 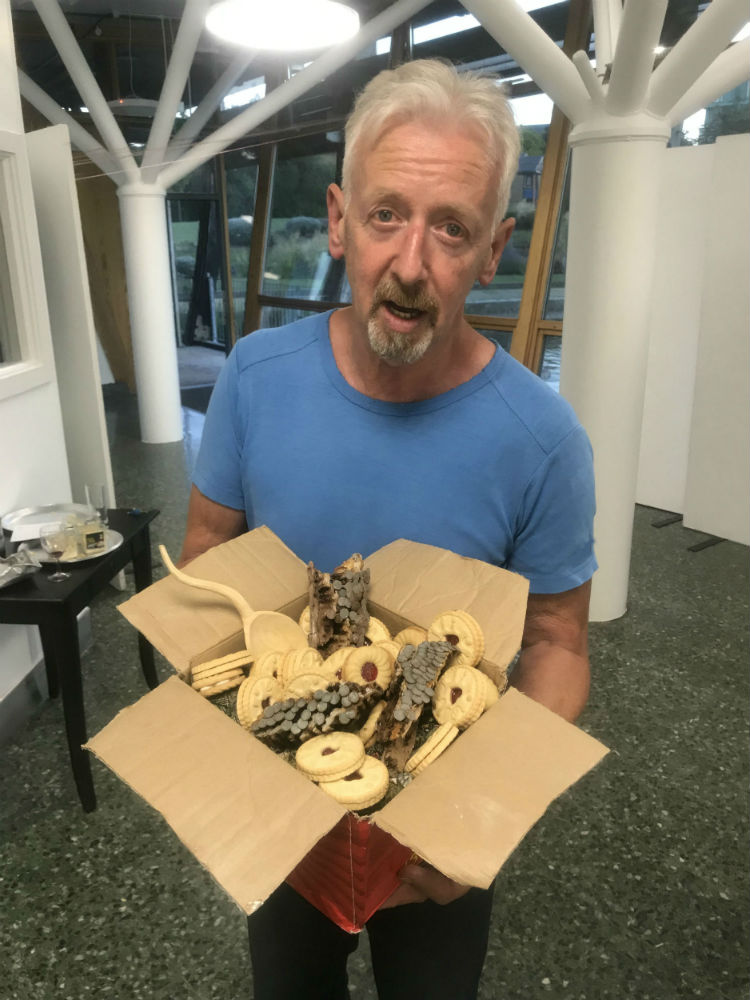 She then showed Mach the work at the students’ exhibition in London last week.

The plain-speaking Scot said admitted: “Maybe if it had been someone else who had done it that I was less friendly with I might have told them to f*** off.

“Sarah is a good friend of mine and a really good student so I didn’t mind. I am very impressed by the jammy dodgers.”

But asked about the likely value of the piece, he replied: “Nothing.”

Mach’s controversial statue was widely met with derision when it was first erected in 2017.

The giant driftwood structure was battered by the weather and eventually reduced to scrap before being removed last year.

Sarah enrolled on Mach’s course at the Essential School of Painting (ESOP) in Wood Green, London. 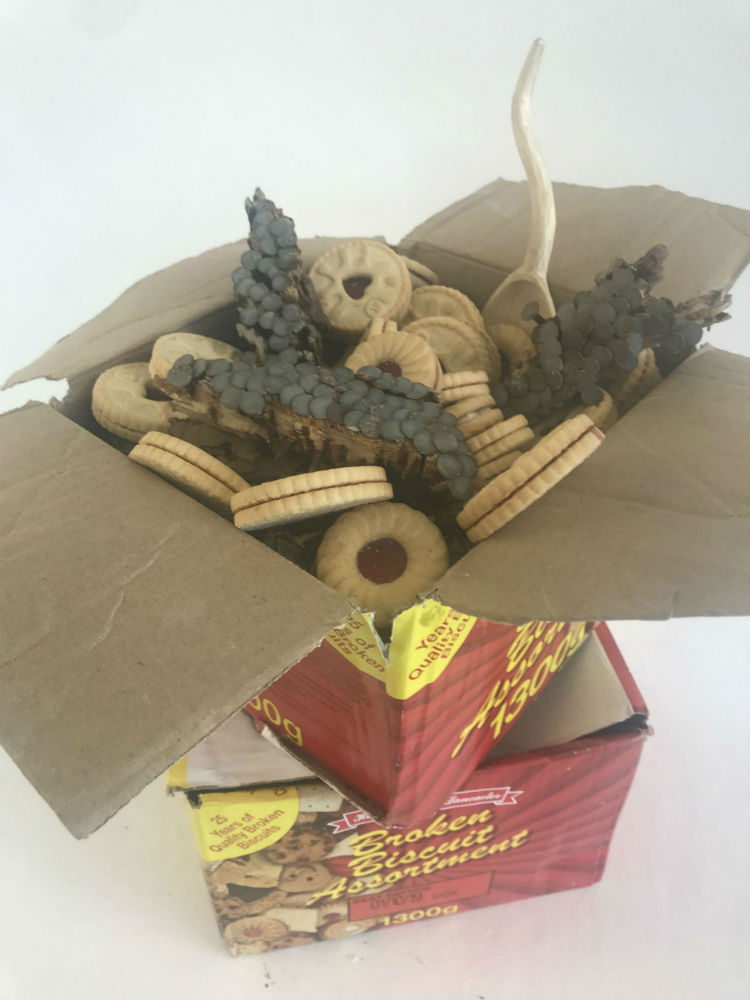 Sarah, who recently won ESOP’s best student award, said she told Mach: “I hope you don’t mind but I’ve made this out of your sculpture, I’m selling you work.

“It got a laugh out of him. It’s very rare in the art world to find someone who doesn’t take themselves too seriously.”

Sarah describes the message of the piece as “part environmental” and says the biscuit-theme takes inspiration from Mach’s ‘Tunnock’s tiger’ – a sculpture made entirely of tea cake wrappers.

The inclusion of a sperm-like wooden spoon is also supposedly a nod to Mach and the public’s interpretation of his work.