The rangy midfielder played the full 90 minutes in both of Lithuania’s Euro 2020 qualifiers against Luxembourg and Serbia last month despite receiving ‘a bang’ to his hip while on international duty.

Slivka, 24, was under the impression it was a minor knock as he clocked off for a well-earned driving holiday in Spain over the close-season. 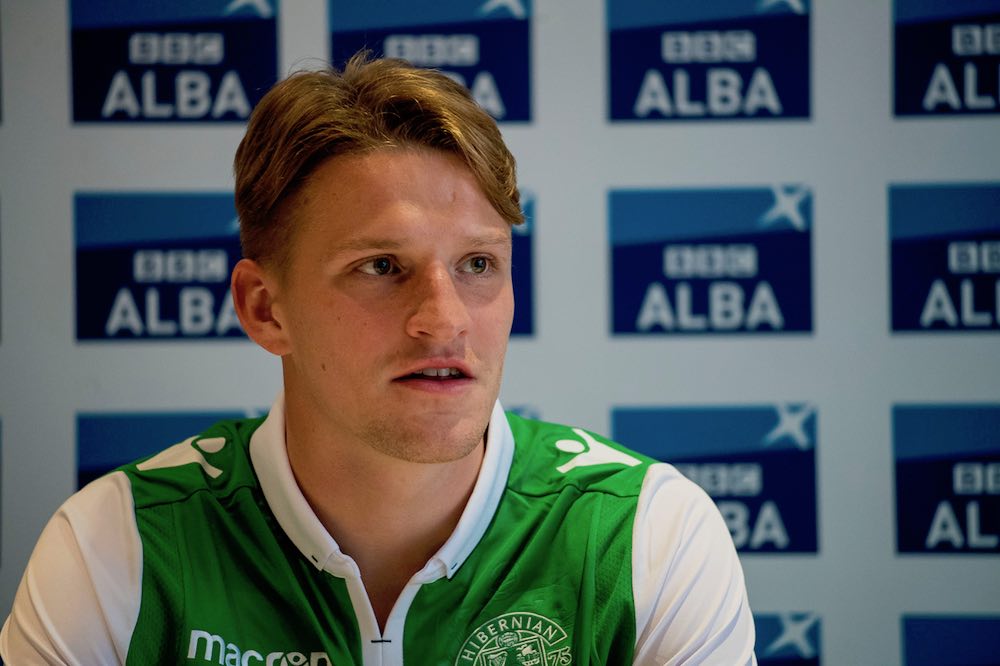 However, medical checks when he reported for duty back at Hibs showed a more serious inflammation of the tendon. He now faces a race against time to be in contention for Hibs’ Premiership opener against St Mirren on August 3.

And Heckingbottom believes that, through no conscious fault of his own, Slivka’s road trip may have condemned him to a longer stint on the sidelines.

He said: “Vicky can remember getting a knock, then he has carried on as normal.

“He came back early and reported it. We just treated it as a bang but it didn’t settle down and there was inflammation of the tendon which we need to get rid of.

“Maybe that area has been static – and he did a lot of driving as well.

“I had spells where I was at clubs and doing a lot of commuting and sitting in a car for four hours isn’t good for you. You need to consider that as part of your programme.

“You might have had a knock, a niggle or a certain type of injury and sitting in one type of position could make it worse.

“You see a lot of players, especially at the top end of the game, being asked to change their cars for back and hamstring injuries. It’s like everything else; it’s about what you are doing with your body.

“Resting in one position is probably the worst thing you can do.”

Heckingbottom acknowledges that the ex-Juventus playmaker will be playing catch-up when he does resume training, with the rest of his teammates swiftly getting up to speed and about to get their Betfred Cup campaign underway at Stirling Albion tomorrow afternoon.

“I don’t know whether Vicky will be ready for the start of the Premiership season,” he confessed. “Medically, it’s possible but the longer he is out, the more work he needs to do to get up to speed with the rest of these boys.

“Our lads are three friendlies in and a few of the boys have played 90 minutes – plus all the running and work they have been doing on the training ground.

“We will be pushing to get him back, but the bottom line is he’ll be ready when he’s ready. He needs to do the work before he comes back in.”