Hearts manager Craig Levein admits he fears midfielder Peter Haring is facing another two months on the sidelines due to persistent pain in his groin area.

The Austrian missed pre-season because of the ongoing issue and is due to see another specialist for a second opinion in the coming days.

Haring underwent double hernia surgery in January and returned to action in late February – but then sat out six weeks before the Scottish Cup final defeat to Celtic due to the injury. 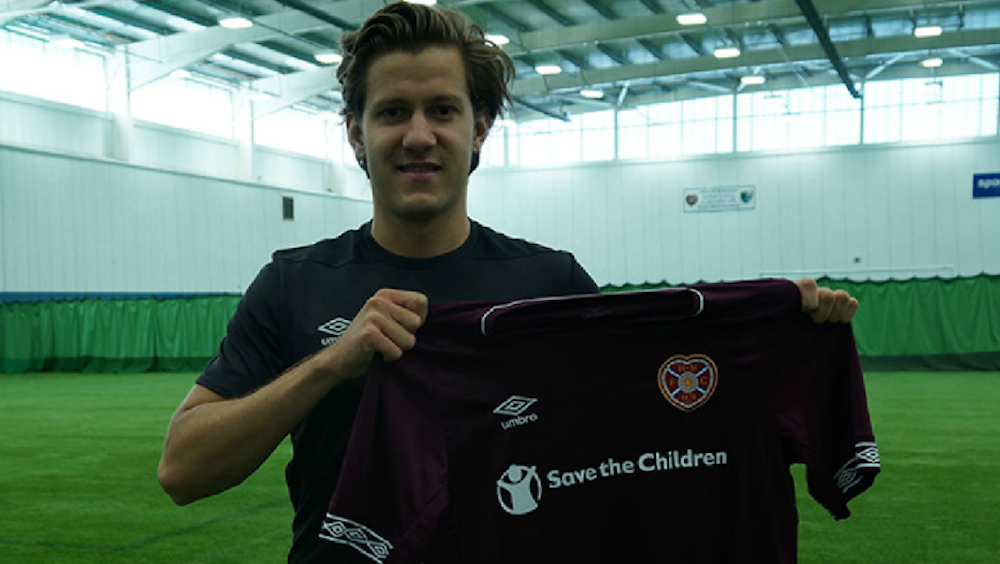 Levein, whose side travel to Cowdenbeath for tonight’s Betfred Cup tie, is hoping complete rest will cure the problem but expects the 26-year-old to be absent for a lengthy spell.

Levein said: “This area’s very difficult to diagnose at times.

“We’ve got one opinion and we’ll get the other one this week, then we’ll go from there.

“I think no matter what it is, it’s a couple of months anyway. That’s just the reality of the situation.

“We don’t know if he’ll need an operation. The first opinion basically says there’s still inflammation in the area where the pelvis meets the femur. There’s lots of things going on there.

“He’s had hernias, which can have an impact.

“When this problem flared up we got an injection to calm it down and we played him in the cup final, which has obviously flared it up again.

“It’s looking likely that he just needs some rest and that of course needs a bit of time.”

Levein is still looking to recruit another midfielder but insists he will take his time weighing up options, despite Haring’s problem, Arnaud Djoum’s decision to sign for Saudi outfit Al-Raed and Olly Lee’s impending departure.

He added: “I would have been looking for another midfielder anyway because Arnaud’s left and I’ve spoken to Olly Lee and he wants to go back down the road, which I’m sure will happen at some point once he’s fit.

“I have a number of people I’m looking at – four of them I think we’d be interested in – but I’ve not got to the stage yet of making any offers to anyone.

“I just want to make sure we get the right person because it’s an important position for us.

“I want to take a bit of time and do a little bit of research to find out a bit more about them as people, as well as football players.

“I’m not in a hurry because I feel we’ve got adequate cover at the moment but that can all change with a poor result, of course.”