DRAMATIC footage shows a “tornado” twisting in the skies above a small Scottish town as amazed residents look on.

The twister was spotted near Turriff, Aberdeenshire, by Mark Ayling on Thursday afternoon and was one of at least three spotted in the area that day.

Musician Mark posted the clip to the popular Facebook page ‘Scotland from the Roadside’ straight after saying: “Fintry to Turriff road a few minutes ago….”

Mark, 46, from Turriff branded the sight as a “turrnado” after the small town in the comments.

The clip shows a large funnel form from a dark cloud above.

The funnel stretches all the way to the ground in a thick grey line.

The formation then begins to break up as it appears to lift off from the ground.

Lorna Sloan responded online: “Lol I keep telling my pals in the USA that we don’t have tornados in Scotland!” 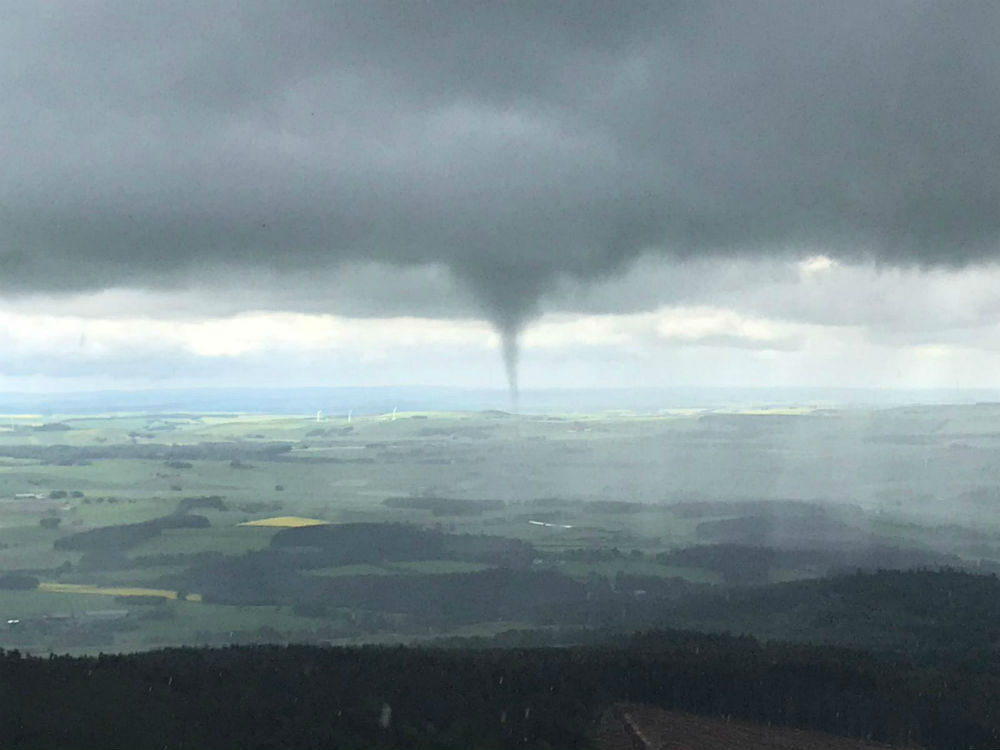 Twisters had been seen forming across Aberdeenshire

Mark today said he found the sight to be “quite eerie.”

He said: “As I was driving past the garden centre, I noticed the clouds were looking a bit strange so I pulled into a farm entrance.

“This is when the funnel started to take shape. It was quite eerie as there was no wind and everything was calm, yet the cloud was spinning.

“The temperature was humid. There was distant thunder rumbling about and although the video looks dark, the light was actually quite bright.

“There also seemed to be a white ‘line’ within the funnel, running down the length of it. I know it hardly compares with a tornado across the Great Plains of the US, but it’s not the sort of thing you see in Turra everyday!” 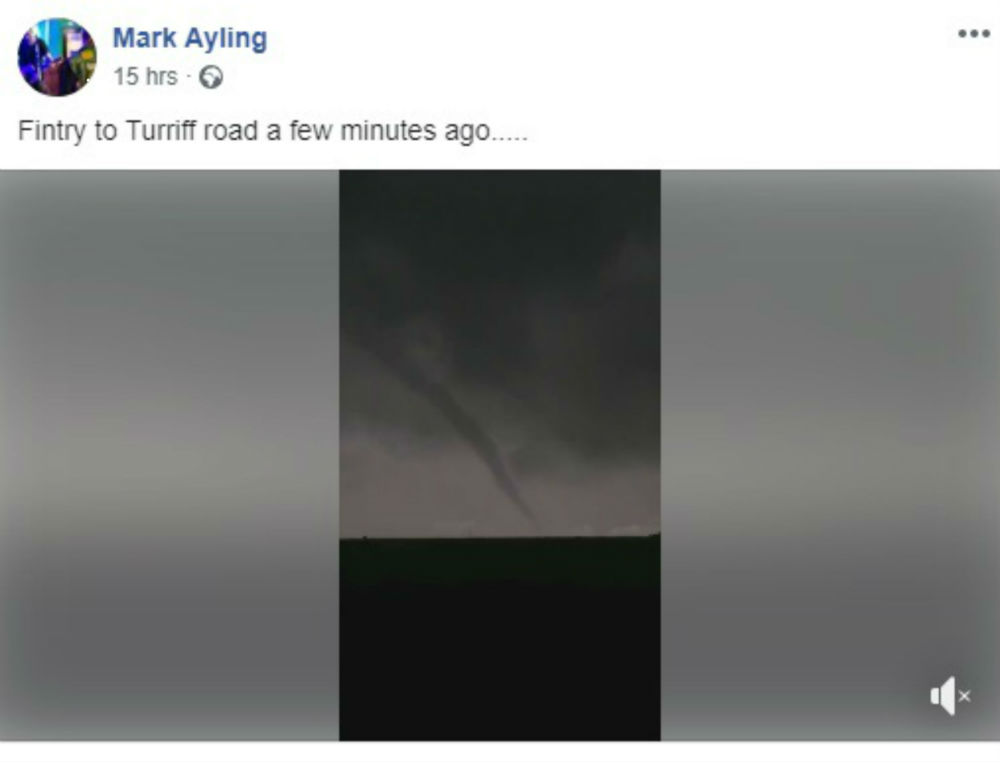 Fellow social media users were stunned by the video

This comes after two more twisters can be seen forming in Aberdeenshire on the same day.

Last month hill walker John Moran filmed the amazing footage of a large twister touching down in the Scottish countryside.

John was hiking up the Bennchie hill range when he spotted the large twister dominating the Aberdeenshire landscape.

John described the sight as “beautiful” saying: “I was with friends and was a pretty special moment as none of us had ever seen one before.”