Hearts manager Craig Levein’s satisfaction over Tuesday’s 2-0 Betfred Cup victory at Cowdenbeath was tempered by his disappointment over his team’s woeful finishing at Central Park.

The Tynecastle scored two, courtesy of first half strikes from Craig Halkett, who was making his competitive debut, and Anthony McDonald.

However, the visitors were guilty of passing up a series of chances either side of the interval. 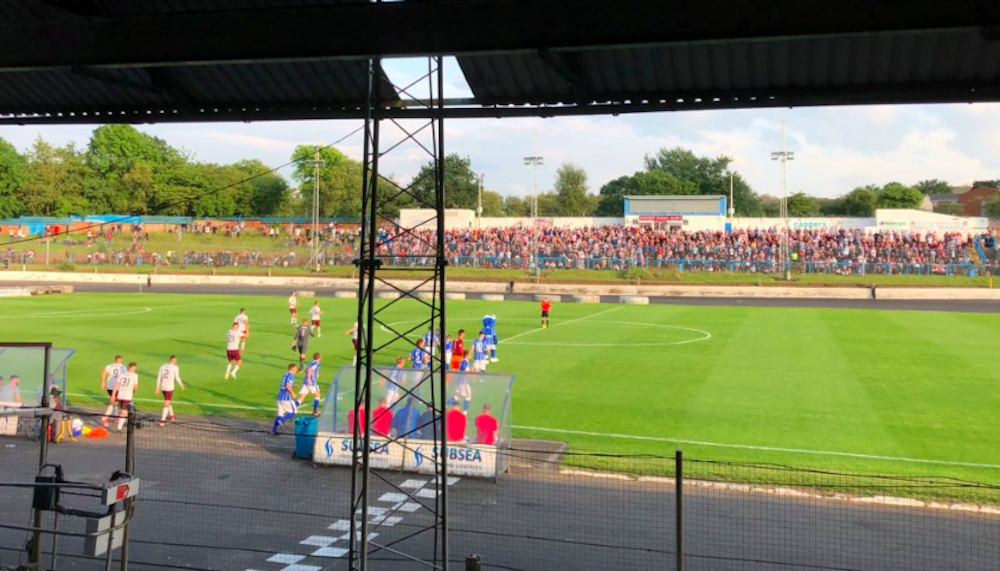 A lack of composure in front of goal was one factor, on loan Hibs goalkeeper Kevin Dabrowski’s heroics was another.

Dabrowski even earned a round of applause from the away fans when it was announced over the tannoy that he had been chosen as man of the match.

“We could have scored more goals,” lamented Levein, whose side climb to the top of Group A.

“We were a bit wasteful and the goalie had a good match.

“We have a lot of strikers desperate to score. They had opportunities to pass to an unmarked player but decided to shoot.

“I understand that a striker needs to be greedy. We are creating these chances, which is pleasing.

“We had a bundle on Friday (against Dundee United) and again tonight so it is frustrating we never got more goals.

“It might be the seedings come down to goal difference so we need to try and sharpen up in front of goal. I was pleased with tonight other than that one thing.”