“Each word is in the book is accounted for, each word is deliberate” says Zusak perhaps partially explaining why it took so long to come to fruition. It’s partly this, but partly as Zusak explains, because he has been making the transition from using his own childhood for inspiration to creating his own family.

Bridge of Clay is the story of the five Dunbar brothers following the death of their mother and the subsequent departure of their father. It’s also a story about: “Leaving home, family, music, loss,” says Zusak.

These themes come together in the “suburban epic” which is entwined at almost every level with Homer’s Odyssey, informing everything from structure to language and character’s names.

It’s perhaps surprising then, that Zusak doesn’t necessarily consider himself an intellectual.

“I have never considered myself an artist, I’m a tradesman I get up and go to work and I find it really hard.” He says.

It’s a statement indicative of Zusak’s down-to-earth nature. Speaking of his other work, international bestseller The Book Thief, he says: “I honestly thought that it would be my least successful book […] I would say this is the better book.”

For Zusak, intelligence and creativity are not just the preserve of the elite. He is open and generous about his creative process, a fact which chair Janet Ellison notes is uncommon amongst writers.

We see this throughout Bridge of Clay, in the cunning of middle brothers Henry and Rory and the emotional intelligence of Clay.

In Bridge of Clay the everyday becomes the epic. The brothers’ struggle becomes that of a typical Greek hero. Clay’s decision to build the bridge is portrayed as a Sisyphean task and there is an elegiac beauty to the prose.

“I wanted to tell a story that celebrates the bigness of our lives,” Says Zusak, “We imagine that we live these average lives but we all fall in love, we all have people die on us.”

After all, for all the novel’s highbrow literary touchpoints and Zusak’s masterful structuring the novel’s real success is its heart. 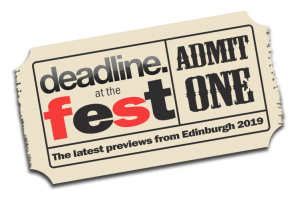