Brexit will disrupt trade with the EU and may result in long-delays at the channel before trade deals are renegotiated. Given the complexity of the regulatory landscape renegotiating trade deals is not a simple task and will take a long while. During this time, the disruption to the supply chains of UK businesses and healthcare providers will be significant and fears have been raised about the availability of life saving medication. However, it has been reported that pre-Brexit fears are already affecting medicine supplies. In this article we look at some of the issues affecting the medical industry today and the effects Brexit will have.

The Princess Royal Hospital and the Royal Shrewsbury Hospital issued a joint report from their quality and safety committee. It mentioned that their pharmacies were having trouble sourcing a number of medications that are commonly prescribed. It is attributed to a “pre-Brexit” effect. Manufacturers are having trouble meeting demand as many organisations stock up out of fear of future shortages. As an indication of the scale of the problem, research published by Antibodies.com, shows that the UK spent £384.37 on prescription medications and over-the-counter products per capita in 2017.

The question many want to ask is what may happen post-Brexit. There is already a demonstrable shortage of medications because some firms are stocking up, reducing the volume of supplies available on the market. Firms are stock piling medication in order to plan for the uncertainty caused by Brexit. For example, it is difficult to plan for the new customs inspections and tariffs that may come from a no-deal Brexit. Matters may be made worse by foreign suppliers choosing to sell their products to the broader market instead of to the U.K.

This is aside from disruptions to the supply chain that could cause shortages in the future. For example, domestic drug manufacturers could be unable to meet demand due to shortages in the imported raw materials they need.

Solutions on the Horizons

The British government has stated it wants to set up “an express freight service” to guarantee that essential medicines still reach the U.K. if the country leaves the European Union. The Department of Health has already asked potential suppliers to bid on the contract. The department didn’t specify the methods they use for their express freight service. The proposed medicines service does show that the government is planning for a wide-scale disruption to the medical supply chain.

Brexit looms over us and the uncertainty surrounding it is already affecting businesses at all levels. However, thinktanks are proposing solutions that businesses can implement today and potential government solutions may arrive before the storm hits. 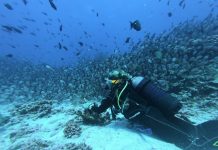 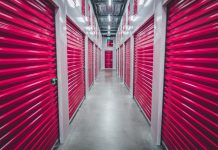 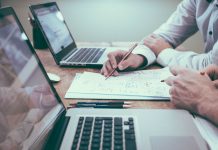