STEVEN WHITTAKER has grown accustomed to critics queuing up to write him off.

However, the Hibs stalwart insists he has plenty left in the tank.

At 35 years of age, Whittaker has already started to cast his mind towards life after football, embarking on his coaching qualifications and aiding Colin Nish with the Hibees’ under-18 side. 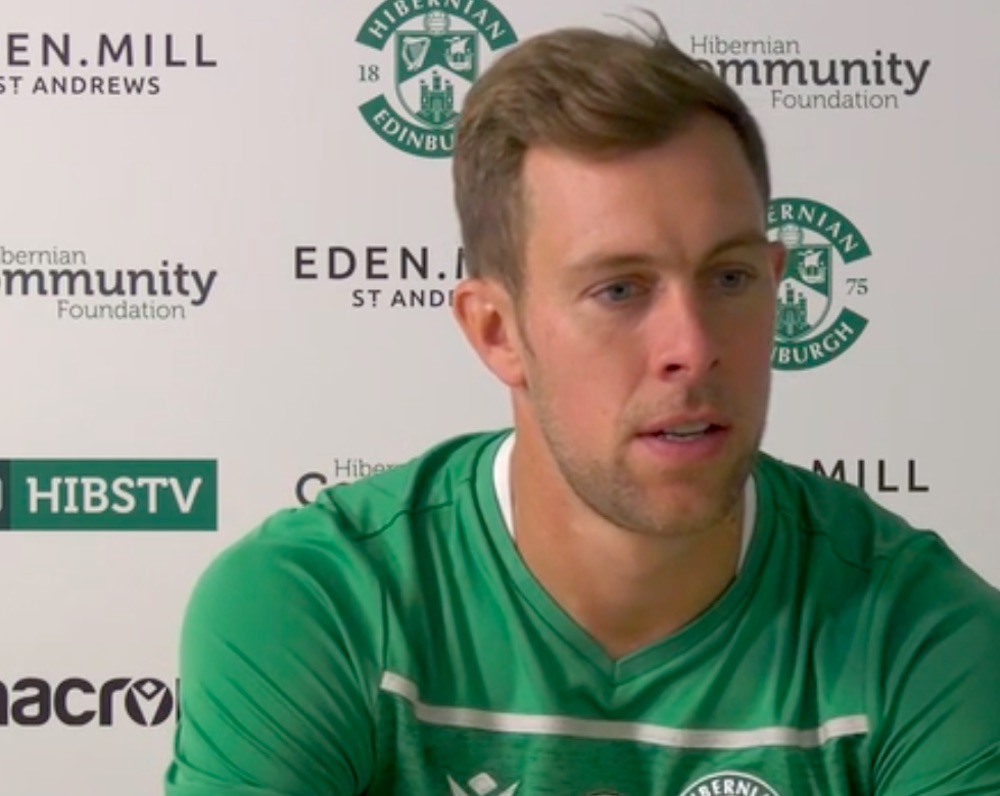 But his focus remains on his playing commitments and, with David Gray set to miss around three months with a knee injury and Tom James also sidelined, Whittaker is set to play a key role against Motherwell this afternoon.

The former Rangers and Scotland full-back has already made seven appearances this term after recovering from the hip complaint which wiped out much of last season.

He said: “When you come to this stage in your career, everyone wants to shut the door on you before your time is up.

“You just get on with it. We’ve all been knocked down and built up so many times in our careers that we know the situation.

“That’s fine by me. I’ll continue to do my job as I always have.

“I know I am not getting any younger so it’s a matter of using my experience and trying to help those around me. Hopefully, I can do the job and play as much as I can.”

Nevertheless, Whittaker knows nothing lasts forever and, as he enters the final year of his contract at Easter Road, is already putting plans in place.

He was initially bitten by the coaching bug during his time at Norwich and has stepped up his quest for qualifications in recent years.

And Whittaker admits he would welcome the opportunity to begin the next phase of his career at Hibs, where his playing days began 17 years ago.

He continued: “Hibs have been great to me. I enjoyed the first stage of my career here and then came back here – so overall I have spent 10 years of my career here, and if that [coaching] opportunity arose at Hibs, I would look at it.

“I like coming into the training centre and it’s a great environment to work; the players, the coaches, the facilities.

“I did my B Licence when I was at Norwich and I enjoyed that. It is something that, once you get your teeth into it, does come naturally. It is then just about how you get your point across to the players.

“I’ve started helping Colin Nish with the 18s and if I can continue to do that throughout the season, it puts me in a better place.

“I don’t know whether I’d see myself as a manager or coach. I have been just trying to tick the boxes as I go along and with my playing days coming to an end, I just want to put myself in the best situation to take any opportunities.”

Given his vast experience, Whittaker has retained a sense of perspective in the face of a furious reaction to Hibs’ 2-2 draw against St Johnstone last weekend.

Aside from blowing a lead in the dying embers, fans were also irked by boss Paul Heckingbottom claiming that supporters’ anxiety affected his players. He also faced criticism for replacing popular playmaker Scott Allan.

And, while slightly taken aback by the furore, Whittaker reckons it serves to underline the demands at Hibs.

He continued: “We’re a big club in this league and we know the expectations that come with that. We need to match those expectations and look to exceed them if we can. We don’t want to fall short.

“Have I been surprised by the backlash? A little bit. You’re obviously aware of it [jeers] and ideally you want the crowd behind you and cheering you on and motivating you to get the points. But that was the situation we were in and it was down to us to deal with it the best we can.

“We know what the club is about and where we should be at and who we should be beating. We’re all aware of the task ahead and it’s early days.”