Hibernian defender Jason Naismith admits he probably came across like a crazed intruder at England’s £120 million training HQ as he described the drama of his deadline day move to Easter Road.

The 25-year-old completed his season-long loan switch from Peterborough on September 2 – just minutes before the window closed.

Naismith had been told in the morning that the Leith side were keen to recruit him but an on-off saga left him having to make a late dash to St George’s Park to meet Hibs physio Nathan Ring and undergo a medical. 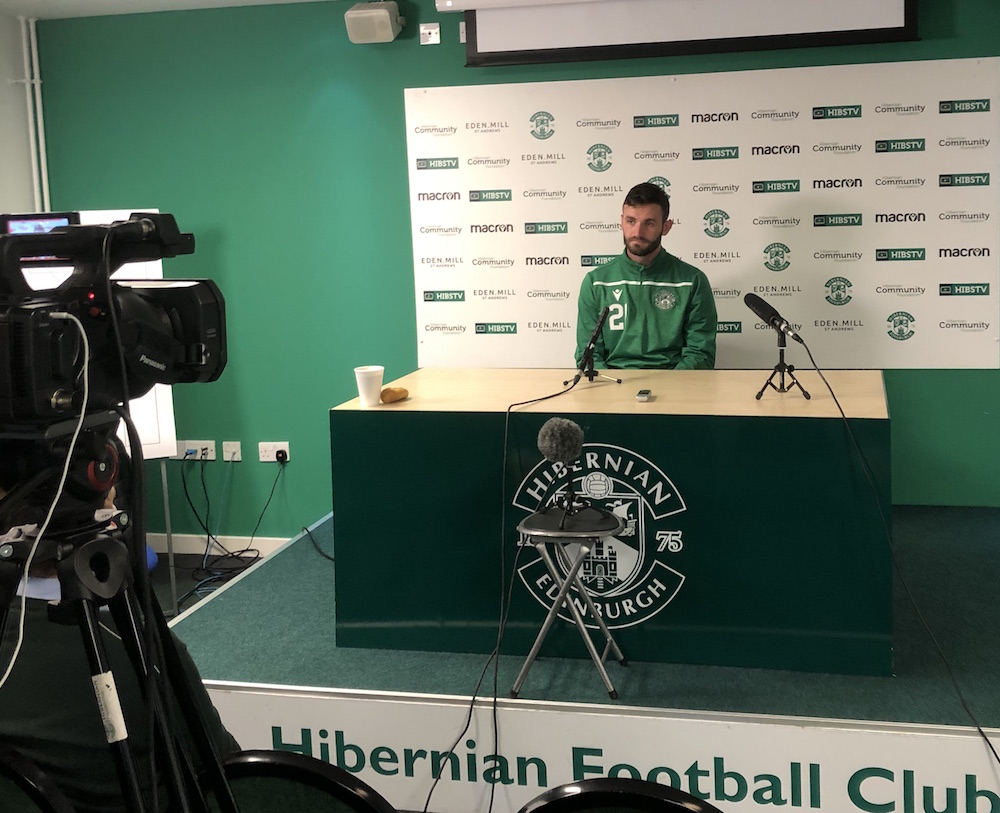 The move was completed in time and the former St Mirren and Ross County player is set to make his debut in today’s Ladbrokes Premiership clash at Kilmarnock.

However, the right-back insists the experience of such a fraught day is something he could do without in future.

“I was in Peterborough training that morning and I was told that the Hibs thing was happening,” said Naismith.

“The day itself was mega stressful because the deal was on and off about 15 times so I was just glad to get it done to be honest.

“My head was all over the place but eventually that night we managed to get it done.

“Luckily the physio was at St George’s, which is only about an hour-and a-half from Peterborough, so I was in the car and trying to get there in time to get a medical done and get everything signed.

“It was a very stressful day. It was relying on satnav, trying to find my way along all the country roads to get to St George’s complex.

“There were diversions and stuff as well and I was thinking ‘this just isn’t happening’. It felt like it maybe wasn’t meant to be.

“I got there late, it was after 10pm, and I was running around the complex, they must have thought I was a mad Scotsman running about the place trying to find where I needed to be.

“I was about the only Scottish guy there and I was rushing about looking for a Hibs physio.

“It was quite funny and you had to laugh but we got it done so that was the main thing.

“I have always watched deadline day on Sky Sports before and I would rather that was the case from now on.

“Now that I’ve experienced it, I wouldn’t want that again. It is too much emotion.”