“Self-entitled, arrogant” Audi driver jumps out and kicks taxi before cabbie gets revenge by reversing into him

SHOCKING video shows the moment a “self-entitled, arrogant” Audi driver kicks a taxi – prompting the cabbie to reverse into him.

The pony tail-wearing Audi driver leaps from his Q7 and launches several kicks at the taxi waiting at a junction in front.

As the Audi driver returns to his vehicle the cabbie gets immediate revenge by reversing into the luxury German motor and then speeding off.

The Audi driver almost causes a collision in his haste to chase after the taxi.

The incident happened in Maas Road, Birmingham, on May 26 but was only uploaded to social media at the weekend.

Tom Burnett, 30, captioned the clip: “Little bit of road rage from a few weeks back….”

The video shows a man in a blue Audi stepping out of his vehicle and lashing out at the silver Ford taxi in front of him, kicking the back of the car as it sits at a junction.

The man then quickly retreats to his car as the taxi reverses into him. The Q7, thought to be worth in the region of £50,000, leaps back on impact.

The taxi then pulls out of the junction. The Audi then follows in hot pursuit, almost crashing into a passing car as he does so.

Ryan Larkcom said: “Audi check, ponytail check, custom number plate font check… You just knew he was going to be a self entitled, arrogant p**** from the start.”

Neil Nimmo commented: “The guy in the Audi needs to be decapitated.”

Gary Clark also said: “Bit of a wimp given he kicked the back of the car instead of going for the drivers door.” 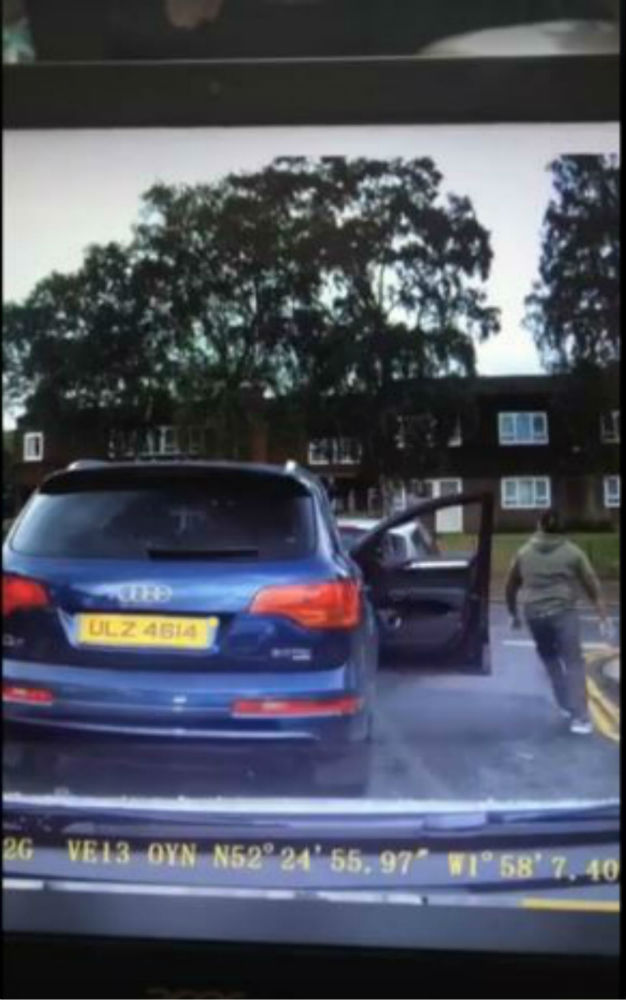 Rob Peake said: “Need to see the rest of it… hoping Audi p**** was laid out on the tarmac.”

Some viewers called for the police to be involved in this, due to the nature of the incident.

Claire Parker said: “Are you reporting this to the police? There is no excuse for this kind of behaviour on the road, you can see he’s still not in the right frame of mind to drive as he almost drove into the car when pulling out! What an idiot!”

Awais Shah commented: “Send this to the police, criminal damage, that damaged their car, that’s vandalism in broad daylight.”

Tom has since gave further comment on the clip, saying: “I just followed them off the Bristol road and they were driving a bit erratically they then stopped to give way at that junction the Audi driver got out and started kicking the taxi.

“The taxi put his car in reverse and hit the Audi and they chased after each other. I’m guessing just a little road rage.”