LEWIS STEVENSON reckons manager Paul Heckingbottom is unfairly ‘taking the heat’ for the way the Hibs players have started the season.

The Easter Road outfit have struggled since opening the league campaign with a victory over St Mirren and go into Sunday’s Edinburgh derby desperately in need of a pick-me-up.

The match has been characterised as one in which both Heckingbottom and under-fire Hearts manager Craig Levein have their jobs firmly on the line. 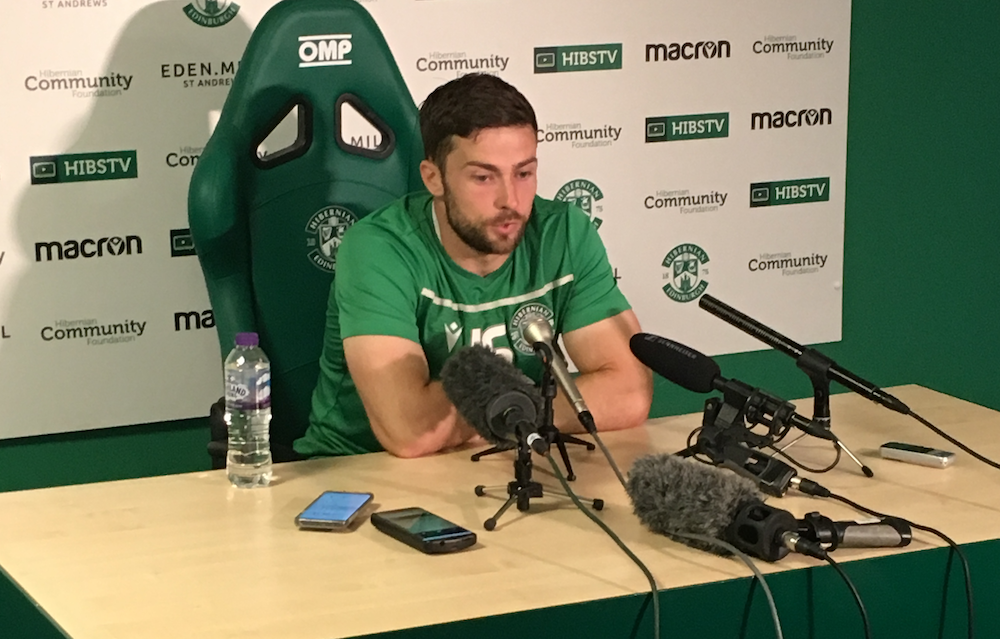 But Stevenson is trying to ignore the off-field speculation surrounding the eagerly-awaited encounter and concentrating his efforts on ensuring the Hibees get things right on the pitch.

He said: “I’ve been focusing on my own job. I try to stay away from as much media and social media as I can, especially in weeks like this.

Asked if he was surprised how quickly the mood had changed at Hibs, he added: “Possibly, yes, but the fans are the ones paying their money, they can voice their opinion.

“I do feel that the manager has taken a lot more heat and as players we should be taking responsibility.

“I can say from my own experience that from Monday to Friday, in the training week, we do everything right. It’s everything you want as a player.

“And we need to step up on a Saturday on match-day and show the good work we’ve been putting in during the week.”

The final derby of last season ended in a draw after Hibs had won at Tynecastle for the first time in six years, whilst only once in the last nine games has a team won by more than one goal.

Both teams will have plenty of players making their debut in the fixture but Stevenson, going into his 41st derby, admits he would struggle to tell the new boys what to expect.

He added: “Every derby I’ve played has been different so it’s hard for me to explain it – especially from Easter Road to Tynecastle, they’re usually different games.

“There are small margins that can win it or lose it for you. That can be being ruthless in the opposite end or ruthless in defence – making a block or scoring that one chance you do get in the game.