HILARIOUS video shows Mike Ashley ambushed outside a Westminster coffee shop by an enraged Newcastle fan who tells the tycoon: “You have ruined my club.”

The Magpies boss was spotted at a Pret a Manger cafe in central London by a supporter who took the opportunity to vent his fury.

Ugo Obi, 27, filmed as he approached Ashley who is sat outside chatting to a man and woman.

Ugo shouts: “Mike Ashley!” A smiling Ashley responds with something hard to make out.

Ugo adds: “You have ruined my club, you know.”

Ashley’s male companion interjects while Ashley can be heard saying: “Thank you very much, will you go please.”

Ugo then says again: “You have ruined my club.” Ashley repeats: “Will you go please.”

A voice in the background can be heard saying: “ I don’t think I agree.” Ashley then shakes his head and lifts his hand up and the man in the white t-shirt stands ups.

Ugo can be heard saying: “If you don’t want to see him, then sell us. You have ruined my club sir. Just sell the club and keep it moving.”

The man in the white t-shirt is standing telling Ugo: “There will be no more of that.”

Newcastle legend and former captain Alan Shearer was among those to enjoy the clip, “liking” it on his Twitter account.

@GeordieKermit9 wrote under Lex’s post: “Fair play lad. Got his point over without going as far as a lot of us might have. Karma is a b***h and Mike Ashley is gonna get his one day.”

@GaryChalmers84 added: “Absolutely zero regards. From anything and everything Glasgow Rangers.”

@agent_buchwald said: “Good on him, great stuff. The more he feels his private life is being made uncomfortable by his ownership of NUFC, the better.”

@garfbobt wrote: “Squirming like the snake he is. Love it.”

Speaking today, Ugo said: “I spotted him and had to let him know what thousands of Newcastle fans are thinking. I felt I represented the fan base. Since he became owner the club has not progress.”

Referring to the previous owner, he added: “We were regularly playing in Europe and competing for the title in most seasons under Freddy Shepherd.

“Ashley knew what he wanted to do with club when he bought and this is exactly it. The small amount of money he’s investing in the club is nowhere near the profits the club is making.

“If you take into account, TV deals, transfer, ticket sales, merchandise and Premier League money. He’s running a club to its bare minimum and we’re sick of it. He needs to sell.”

The club are currently sitting in 17th position in the Premier League table with just one win from their first six games. 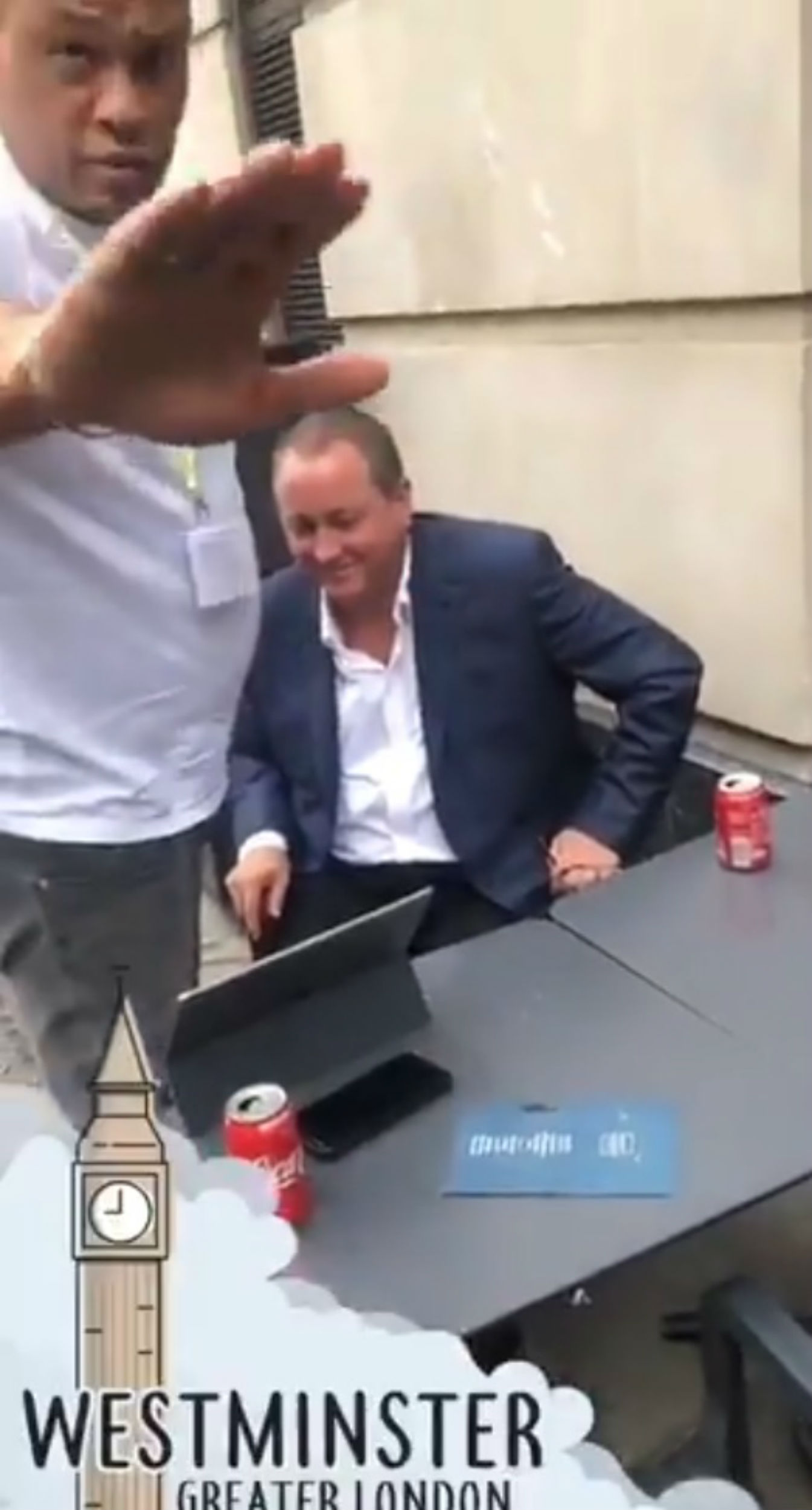 Newcastle United fans were angered with Ashley as they still had no manger 28 days before the season started and had lost their two top goal scorers.

It was widely reported that Ashley was on the verge of selling to a Dubai sheikh but the negotiations have so far led nowhere.

Share
Facebook
Twitter
Pinterest
WhatsApp
Linkedin
Previous article£2k fundraiser set up to pay for funeral of cancer victim after his wife loses job at Thomas Cook a week later
Next articleWhy you should timely update your software?