RYOTARO MESHINO has landed his maiden call-up for Japan’s U22 side – and it could lead to Hearts being without their loan star for the whole of January.

It is understood the 21-year-old will be named in the Samurai Blue’s latest squad on Thursday.

They face Brazil at the Arena Pernambucano, Recife, on October 14. 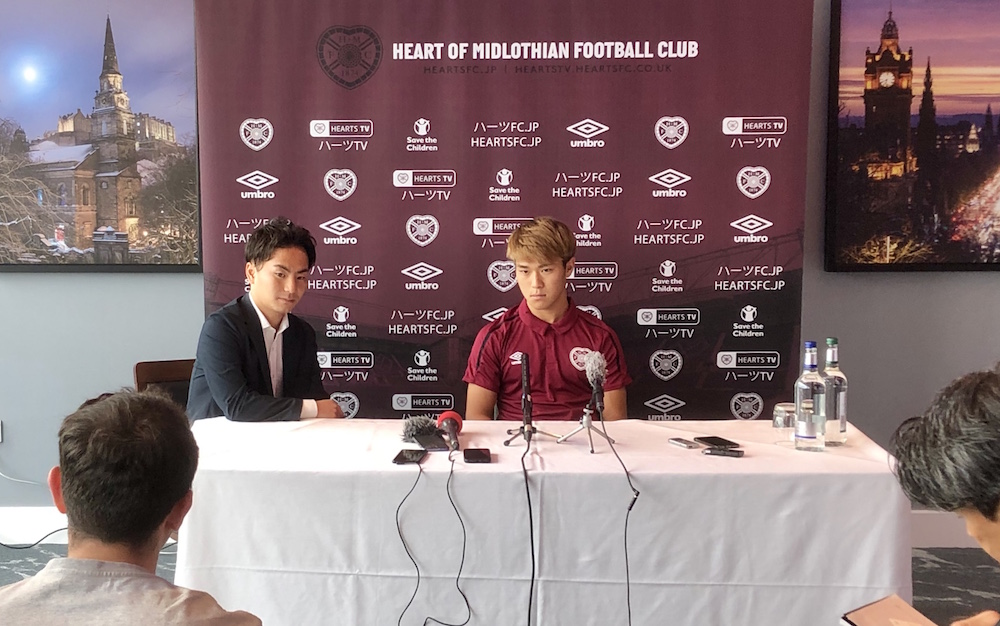 It is a reward for the winger’s sparkling start to life at Tynecastle, scoring once and claiming another assist in his four appearances to date.

Meshino joined Manchester City from Gamba Osaka – for whom he played fewer than 30 senior fixtures – in August and was immediately sent north for first-team exposure in the British game.

And his displays have already drawn praise from boss Craig Levein and teammate Steven MacLean, while his direct running and willingness to have a shot at goal have immediately endeared him to supporters.

Should Meshino, already considered one of his nation’s brightest prospects, impress against the Selecao youngsters, he would be firmly in contention for the upcoming Under-23 Asian Championship in Thailand.

The prestigious competition runs from January 8-26 next year and will see Japan enter as one of the favourites to take the crown. They are in Group B with Qatar, Saudi Arabia and Syria.

If Meshino earns his place and, as expected, the 2016 champions go deep in the tournament, the precocious kid would miss Hearts’ first game in the Scottish Cup at the fourth round stage (Jan 19th), as well as Premiership fixtures against Ross County (Jan 22nd) and Rangers (Jan 25th).