Hearts manager Craig Levein has revealed John Souttar faces being sidelined for a further three months after undergoing a ‘major’ operation in a bid to finally cure a persistent ankle injury.

The Scotland defender was initially only expected to be out for up to a fortnight after being forced off just 39 minutes into the new Premiership season in the August 4 defeat to Aberdeen.

However, various scans and consultations with some of the leading specialists in the UK failed to throw any light on why Souttar was still continuing to feel pain. 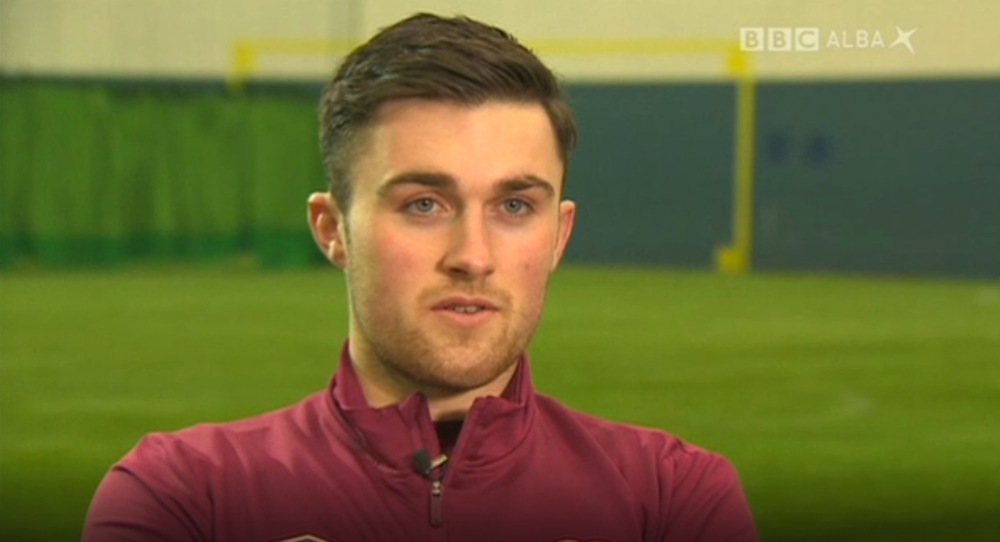 It was only when a surgeon opened up the joint during a procedure on Thursday that the true extent of problem was revealed.

It is a further blow to a player who has already endured lengthy layoffs with separate Achilles and hip injuries in the last two years.

Levein also admitted yesterday that defender Craig Halkett is facing up to ten weeks out with knee medial ligament damage after the defender hobbled out of last week’s draw at St Mirren.

Levein said: “John got an op on Thursday afternoon.

“The surgeon has never seen anything like it before and it was very unusual.

“The point where his three ligaments are attached to the bone, the sheath that holds them in place is torn and it didn’t show up on scans, CT, ultrasound, x-rays or anything.

“The surgeon’s had to reattach the sheath and put the ligaments back in where they should be and then stitch it to the bone, which is quite a major operation.”

Levein, whose side host Kilmarnock today, added: “What does it mean and how long is he out for? He’s got a cast on and that’s on for two weeks and he’ll wear a protective boot for four weeks.

“There’s six weeks immobile and generally you would have to double that for the time to come back to play.

“Again, I’m just plucking a number out of the air because with the surgeon saying he had not done anything like this in the past, then him giving us a timescale is difficult for him.

“This looked so innocuous, he just rolled his ankle and the scan showed grade one damage to his ligament, which is normally 12 to 14 days and we just couldn’t get to the problem of why it kept on swelling up and why he was getting this pain.

“That was the frustration, for John, me and the medical team that we couldn’t get to the problem of it but now he is on the road to recovery.”

He added: “We have got a fair idea, it will be around about 10 weeks but it might be less or slightly more.

Levein, meanwhile, insists captain Christophe Berra is guilty of caring too much about the club after explaining why his reasons for omitting the defender from the starting XI for last weekend’s draw at St Mirren.

The Scotland cap had been targeted by disgruntled supporters amid the five-game winless start to the Premiership, with Levein naming the 34-year-old on the bench for the trip to Paisley.

However, such is Hearts’ luck with injuries that Berra was needed after just 25 minutes due to Halkett’s knee problem.

Levein said: “Christophe carries the extra burden of being captain. He cares an awful lot.

“Sometimes that can be almost damaging because he cares that much about the club.

“I took him out of the team last week because he had played a lot of football and I thought he could do with a break. I didn’t realise the break would be 25 minutes but that’s a different matter.

“He was fine. He’s 34 now and he’s played just about every match.

“I think it actually helped. When he came on, the fact he hadn’t had two days of getting himself up tight before the game meant he was more relaxed.

“I thought he did very well when he came on.”