Hearts defender admits Jambos are gunning for revenge this weekend

Hearts defender Michael Smith insists the Gorgie side will be gunning for revenge against Livingston after conceding they still have ‘nightmares’ about last season’s mauling.

Craig Levein’s side return to the scene of last December’s embarrassing 5-0 defeat when they take on the Lions at the Tony Macaroni on Saturday.

Livingston scored all their goals in the space of 14 devastating second half minutes as the visitors crumbled. 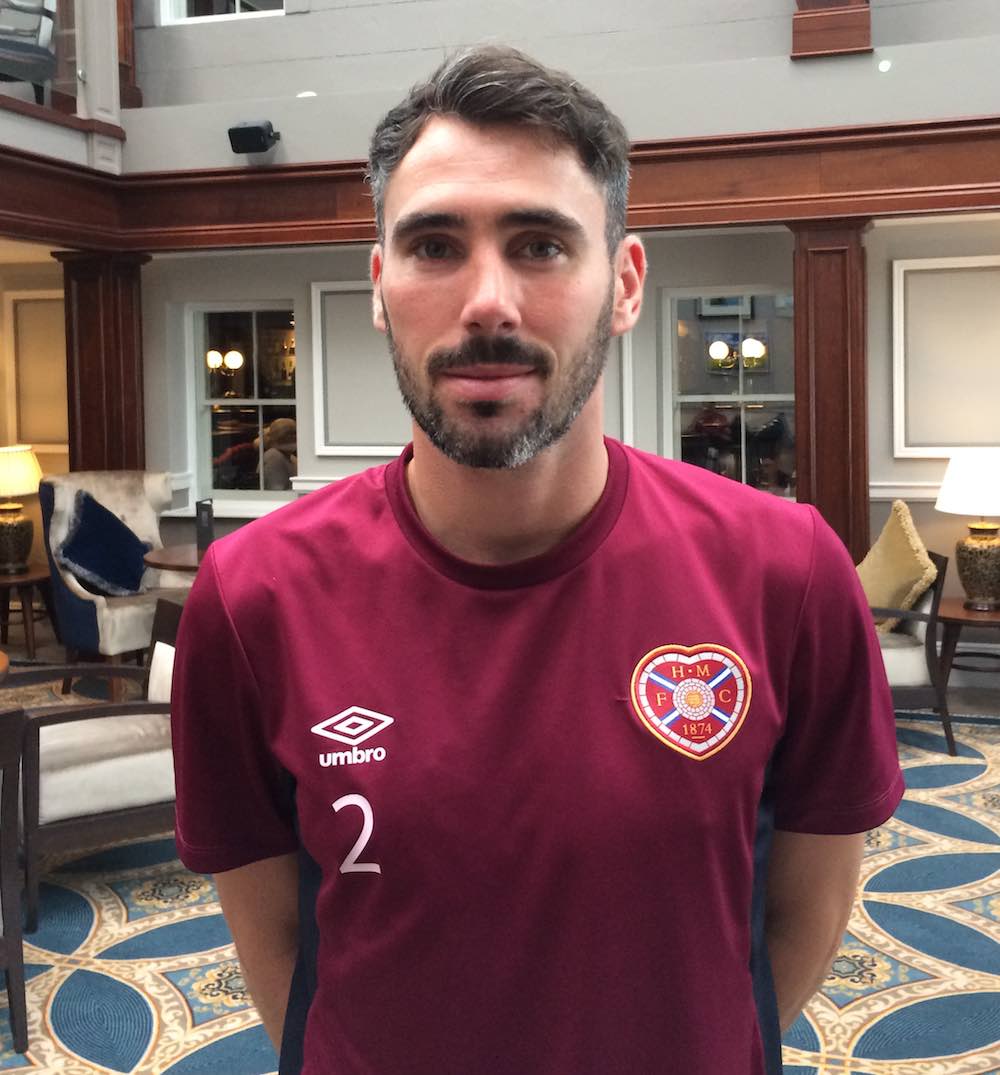 Hearts have since beaten and drawn with Livingston in respective Scottish Cup and league clashes at Tynecastle.

But on the back of Sunday’s encouraging 1-1 stalemate with Rangers, Northern Ireland internationalist Smith insists Hearts are desperate to put on a show in West Lothian.

He said: “Livingston away is a tough game, we found that out last year and we’ll go there looking to get a bit of revenge.

“We still have nightmares about that but we’ll be ready for next week.”

Smith, meanwhile, admits Saturday’s trip to Livingston is a chance for the players to prove they can motivate themselves for run-of-the-mill league clashes after taking a point against Rangers.

In a disappointing season so far, Hearts have failed to take three points in matches against Ross County, Hamilton, Motherwell and Kilmarnock.

Smith added: “It’s a step in the right direction, the confidence, mentality and the fight was more important.

“We showed what we’re about, it’s about competing every week like that against so-called smaller teams.

“We should go out and steam roll teams like we did on Sunday.

“I thought in the first 10, 15 minutes we were brilliant and we should do that week-in, week-out.

“There is a mentality problem if we don’t do that.”

Smith, who watched Ryo Meshino’s opener for the hosts being cancelled out by Alfredo Morelos, added: “I thought we started really well and rattled them a bit and got the goal we deserved.

“They got back in the game with a silly mistake from a set play but I don’t think they caused us a lot of problems.

“It was an okay point but I thought we should have had three.”

Smith, who is a recognised right-back, earned plaudits for filling in at centre-half alongside Christophe Berra against Steven Gerrard’s side.

With the likes of John Souttar and Craig Halkett still sidelined, the 31-year-old insists he is happy to play where asked by manager Craig Levein.

“Playing at centre-half with Christophe, he makes it easy for me.

“He goes and wins the headers and I go and sweep up in behind him. I don’t mind playing anywhere really.”