Paul Heckingbottom staying on as manager would have been ‘detrimental’ to Hibs, insists Paul Kane – who has backed John Hughes as new boss

FORMER FANS’ favourite and lifelong supporter Paul Kane believes keeping Paul Heckingbottom on as boss any longer would have been ‘detrimental’ to Hibernian.

Kane has backed new owner Ron Gordon for sanctioning the decision to dispense with the Englishman after a dismal start to the season left them without a league win in three months and just one point off the bottom of the Premiership.

The former Barnsley and Leeds United manager had lost the support of the vast majority of the Hibs faithful with a series of poor performances and a lack of victories, and Saturday’s 5-2 hammering from Celtic proved the final straw. 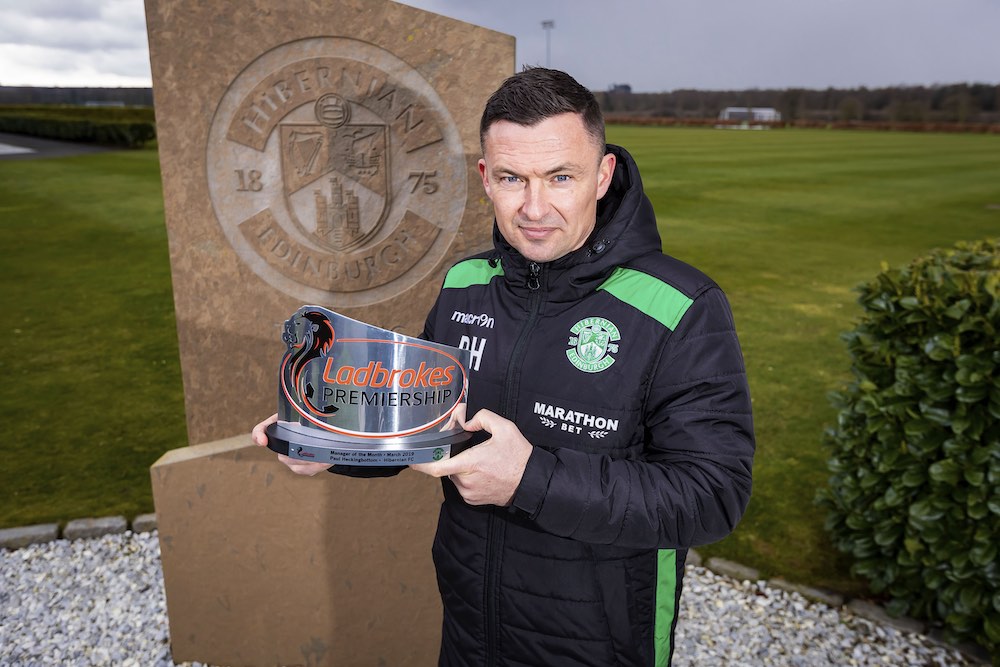 Kane told Capital City Press: “Some fans wanted this done earlier and some have given him the benefit of the doubt but I think there’s no doubt, having been at the game on Saturday and heard the fans coming out of the ground, it was clear it was becoming detrimental to Hibs keeping him as manager.

“I was hearing people saying ‘I’ve got my season ticket but I’ll not be going back until he goes’. Statements like that tell its own story. I would say 90 per cent of the Hibs fans wanted him to go.

“And it would be silly of a new owner to come in and not listen to that. Ron Gordon has been at the last two games and seen what he’s seen, and obviously thought ‘it’s not working out’.

“For the Hibs supporters, he’s done the right thing.

“I’m sure when he bought the club he wouldn’t have thought he would have to replace the manager as quickly as this. That wouldn’t have been on his list.

“But I think he’ll realise that if all is not going well on the pitch then the whole club is falling apart.

“That goes for any club, all that the fans are really interested in is what happens on the pitch between kick-off time and the end of the game.”

A host of names have already been linked with the post but Kane is adamant former club captain and manager John Hughes is the man to ‘galvanise’ the Easter Road support.

Hughes has been out of management since an ill-advised spell with Raith Rovers ended in relegation from the Championship in 2017, but Kane believes the 55-year-old has the track record to resurrect his old club.

Kane added: “I want the best for Hibs and to unite the club it needs to be somebody who knows the club and there’s no better person, I think, than John Hughes.

“He knows the club, he knows the players, he knows the league and the other teams, and we need someone in there who can work quickly, because we don’t want to be in the situation in a month or six weeks’ time where we’ve not progressed.

“We all make mistakes, in football or business, but he’s a better manager now than he was the last time at Hibs because he’s older and he’s more experienced.

“I just think he’s the kind of guy the fans can connect to and what we’re needing is someone to galvanise the whole club. I think he’s the best shout.”