SHOCKING footage shows a van driver hurtling towards oncoming traffic on the wrong side of a busy road.

The dashcam video shows the white van driving on the completely wrong side of the  A75 outside Gatehouse of Fleet, Dumfries and Galloway.

The driver shows no sign of hesitation as it approaches oncoming traffic as it hurtles down the road at an excessive speed.

The clip was captured yesterday morning by Kenny Robertson from Dumfries, who was travelling on the road for work purposes.

The 62-year-old then took to Facebook to share the clip where other users have criticised the erratic driving of the white van.

Kenny captioned his post: “Hope the police can blow this up.”

The clip shows Kenny driving down the stretch of road, seconds later a white van can be seen speeding down the A75 on the completely wrong side of the wrong.

The driver speeds past a junction in the road and carries on into oncoming traffic, the driver then cuts back into the proper side of the road where he carries on speeding as the clip ends.

The comments section of Kennys post has been filled with criticism towards the van driver.

Fred Turner said; “Hope they got him.”

Mischo Biemans jokingly commented: “No time for this s***, must make delivery on time.” 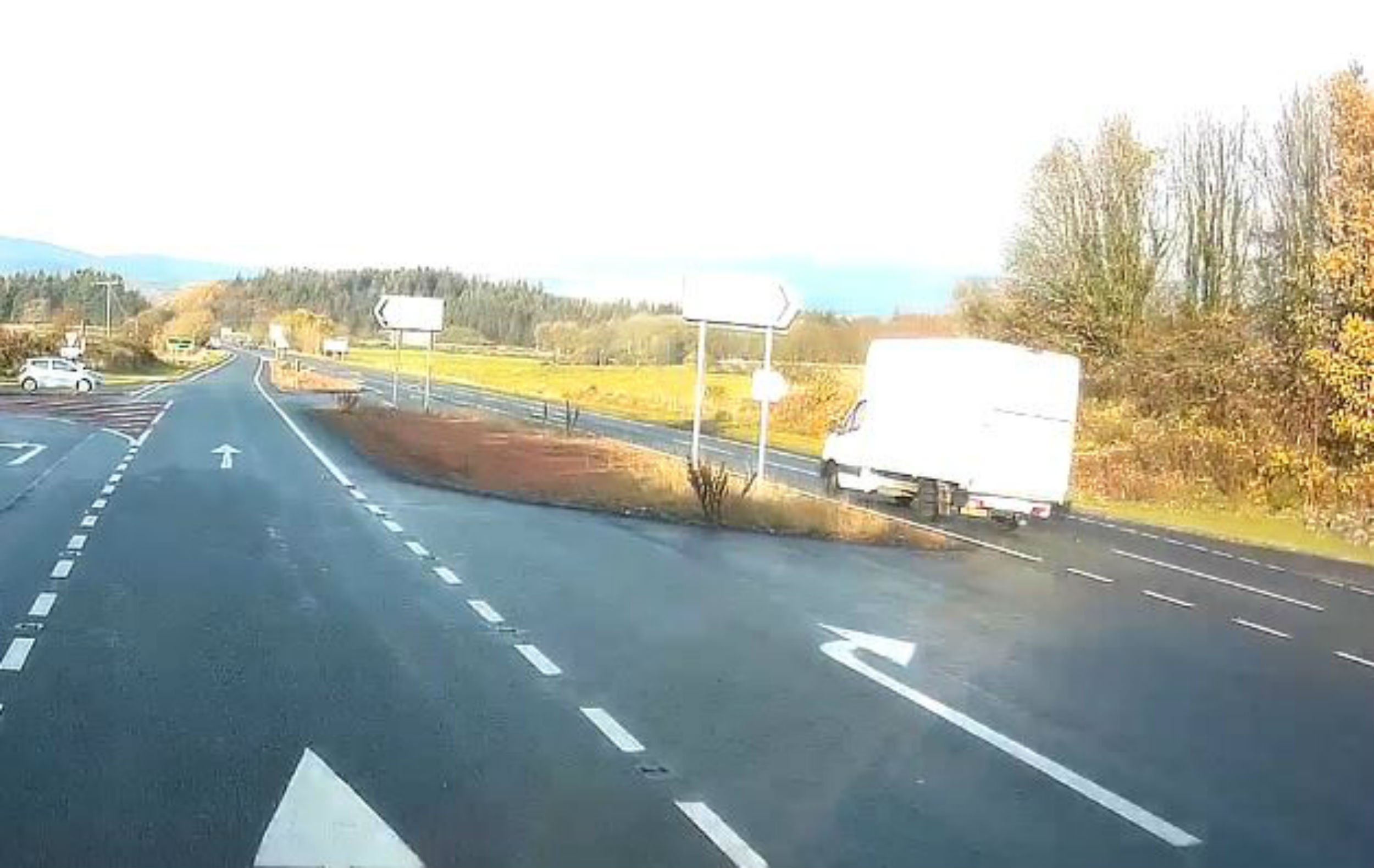 Kenny later commented on his post, saying that the drivers shocking driving continued. Saying: “The van passed a silver van at the bottom of gatehouse then got stuck behind a McBurney trailer till Creetown then jumped the lights at the roadworks at three lochs Road end hopefully someone else maybe caught his registration number.”

Speaking today, Kenny said: “It was so close to being a serious accident. I was doing 50 and you see the speed it went past at, they must have been doing 70 or 80. Dangerous and inconsiderate.”

“This driver deserves to have his or her licence revoked however judging by the standard of their driving they maybe don’t even have one. These people cost lives and on one of the the most dangerous and neglected roads in Scotland that happens all too often.”

New campaign encourages youngsters to reach for the stars