SHOCKING video shows a firework explode in the back garden of a family home – after it was chucked in a bonfire over 100ft away.

Teenagers were caught on camera throwing fireworks into the blaze and running for their lives as they exploded about them.

But one of the projectiles flew more than 30 metres and struck the window of a neighbouring home before detonating.

The incident, which happened in Sunderland, was caught on a CCTV security camera and shared by the resident, who wishes to remain anonymous.

She said she and her dog were petrified by the impact, loud bang and shower of sparks.

The clip shows the firework ricochet off a window in her back garden, seconds later it explodes in a white flash leaving the entire area covered in smoke.

The woman today said she was shocked by the incident.

She said: “I was home alone so it was complete shock. I was torn between trying to comfort the dog and checking my decking/fence wasn’t on fire so panic stations.

“My sofa is right under the window which my dog was sitting on, luckily I don’t have kids, but my poor dog nearly had a heart attack, so did I to be fair.

“I didn’t want to go outside in case another came, but I was really worried it might have set my fence or garden furniture alight so there was a bit of panic.

“Once I realised the house wasn’t on fire I checked the dog was ok then went upstairs to see what was happening in the park. I have no reason to think it would have been done on purpose it’s normally pretty quiet in the park.”

A nearby resident captured the moment a teenager was hit by one of the fireworks which had shot out of the bonfire.

Neighbour, and support manager Charlotte Ryan posted a video on Facebook last night saying: “If your teenager isn’t home in the Pennywell/Ford area might be worth checking they aren’t doing themselves a serious injury throwing fireworks into the bonfire in the park.

“One of them [teenager] has been hit by a firework, he’s lying on the floor under it as it goes off.” 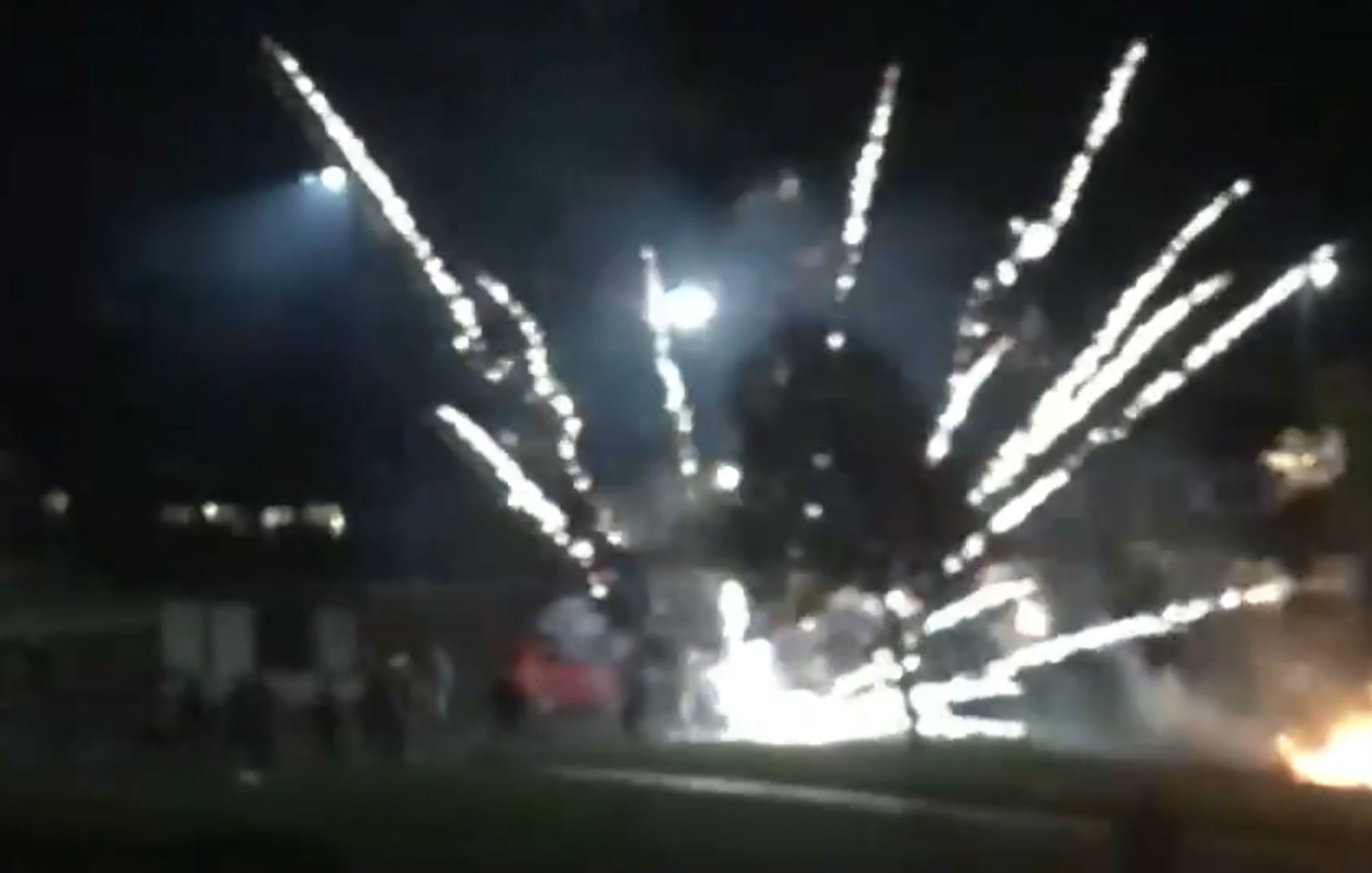 The clip shows the raging bonfire ablaze metres from Charlotte’s property. A teen can been seen throwing a firework up in the air.

The firework falls into the bonfire where it instantaneously propels out towards a group of fleeing teens.

The firework then hits a teen been before exploding in front of another.

31-year-old Charlotte also commented on her post saying: “The police keep passing and they aren’t doing anything about it. They are still doing it after their friends been hit so no lessons learned. A van’s just pulled up, and emptied furniture out for them to keep building up their fire.”