Craig Beattie has claimed Hearts are bigger than Hibs, and insists the managerial vacancy at Tynecastle is more attractive than the position at Easter Road.

Both teams are currently managerless after Craig Levein was sacked at Hearts just four days Paul Heckingbottom was axed as head coach across the city.

Beattie became a cult hero at Hearts in only a four-month spell at the club at the end of the 2011/12 campaign, which saw the former Celtic marksman score the winning goal in the Scottish Cup semi-final win over the Hoops before playing in the 5-1 thrashing of Hibs at Hampden.

Former Sunderland manager Jack Ross and Motherwell boss Stephen Robinson have been linked with both jobs but Beattie is adamant Hearts is the more appealing proposition.

He said: “If you’re asking me, I think Hearts are the bigger club and I think they’re the more attractive club than Hibs.

“I like what (Hearts owner) Ann Budge has done there in recent times.

“Some fans might not agree but when I was there in 2012 Hearts were very, very close to actually not being there.

“Ann Budge has come in with the Hearts fans and they have stabilised, they’ve sorted the new stadium and there is a lot going on at Hearts and at Tynecastle, and I think Hearts would be the more attractive job.”

Both sides remain in the Premiership bottom six despite picking up much-needed victories at the weekend and Beattie insists there is no difference in the quality of player at the clubs.

Speaking to Sky Sports, he added: “I think they’ve both got talent throughout the squads.

“They’ve both got good young players and some senior players. I think the squads are on a level par although I think they both need some work, both on the training ground and in the January window where they can both be strengthened.” 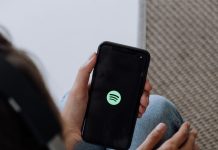 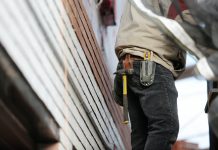