A SHOCKING video has emerged of a driver spitting at a pregnant woman after he cut her up on a roundabout.

The road rage driver blocks her path and stops on a roundabout before clearly spitting in the woman’s direction.

The incident happened on 14 November morning in Tunbridge Wells, Kent.

The pregnant woman captured the incident on dash cam and posted it to a public Facebook group saying: “Well done to the ‘man’ who decided to cut up a pregnant woman, and hail abuse at her when she beeped because you cut me up and then spat at my car.”

The video shows the woman driving in the right lane as she approached the roundabout. The man can be seen driving his white Vauxhall in the distance.

As the woman enters the roundabout she sticks to the right hand lane.

However, the man veers towards the woman and into her lane forcing her to brake abruptly.

The man then slows, rolling his window down, stopping the woman carrying on with her drive.

At a complete stop the man turns to the woman and starts shouting at her. After a few seconds he then spits at her car before driving away.

The video has disgusted many in the comments.

Mary Beech said: “What a disgusting person! I would never refer to him as a MAN, as a real man wouldn’t spit at a woman, or anyone in fact!” 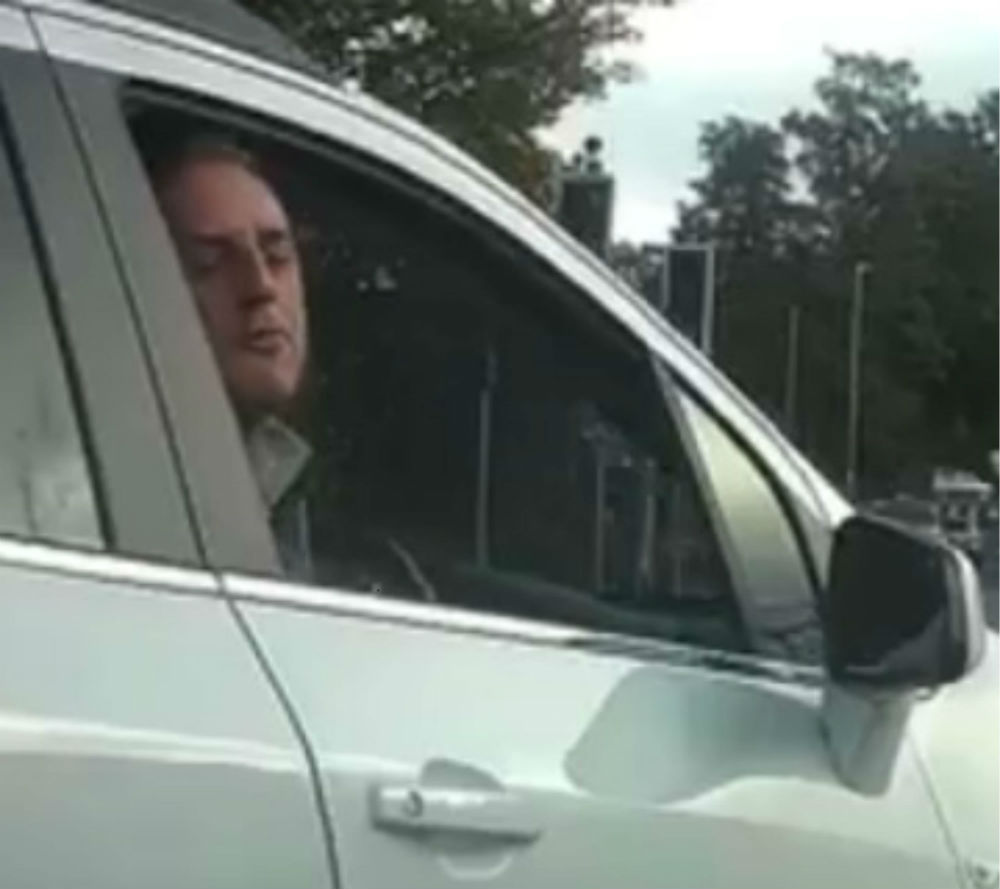 “People always turn into Billy Big B******s when they’re in a car, get mouthy and drive off.”

Paul Gammage wrote: “I hope he sees this and happens to read these comments because you sir… need a good f****** slap.”

Stephen Finch added: “You don’t half get some idiot drivers. He needs to read the highway code again. Obviously he doesn’t know how to use the roundabout.”

Jenny Mariie simply said: “What a lovely human being.”

However, several viewers choose to criticise the woman for mentioning that she was pregnant.

Barrie Stirk said: “So how did he know you were pregnant?”

Lorna Chapman added: “If it’s not about being pregnant why mention it!”

Kieran Robert Leighton wrote: “What does pregnancy have to go with this?”

Kent Police have today said they have no record of the incident being reported to them.