A HIGHLAND cafe served up a cheese scone with sausages wedged in the middle following a hilarious order mix-up.

The bizarre creation was revealed by Kieran McCormick after he visited the cafe in the north of Scotland and asked for sausage and a potato scone in a roll.

The 20-year-old’s hilarious picture shows the link sausages sliced in half lengthways and sat between the two halves of the scone.

He captioned the post: “Asked for a roll and tattie scone and they gave us sausage in a scone.” 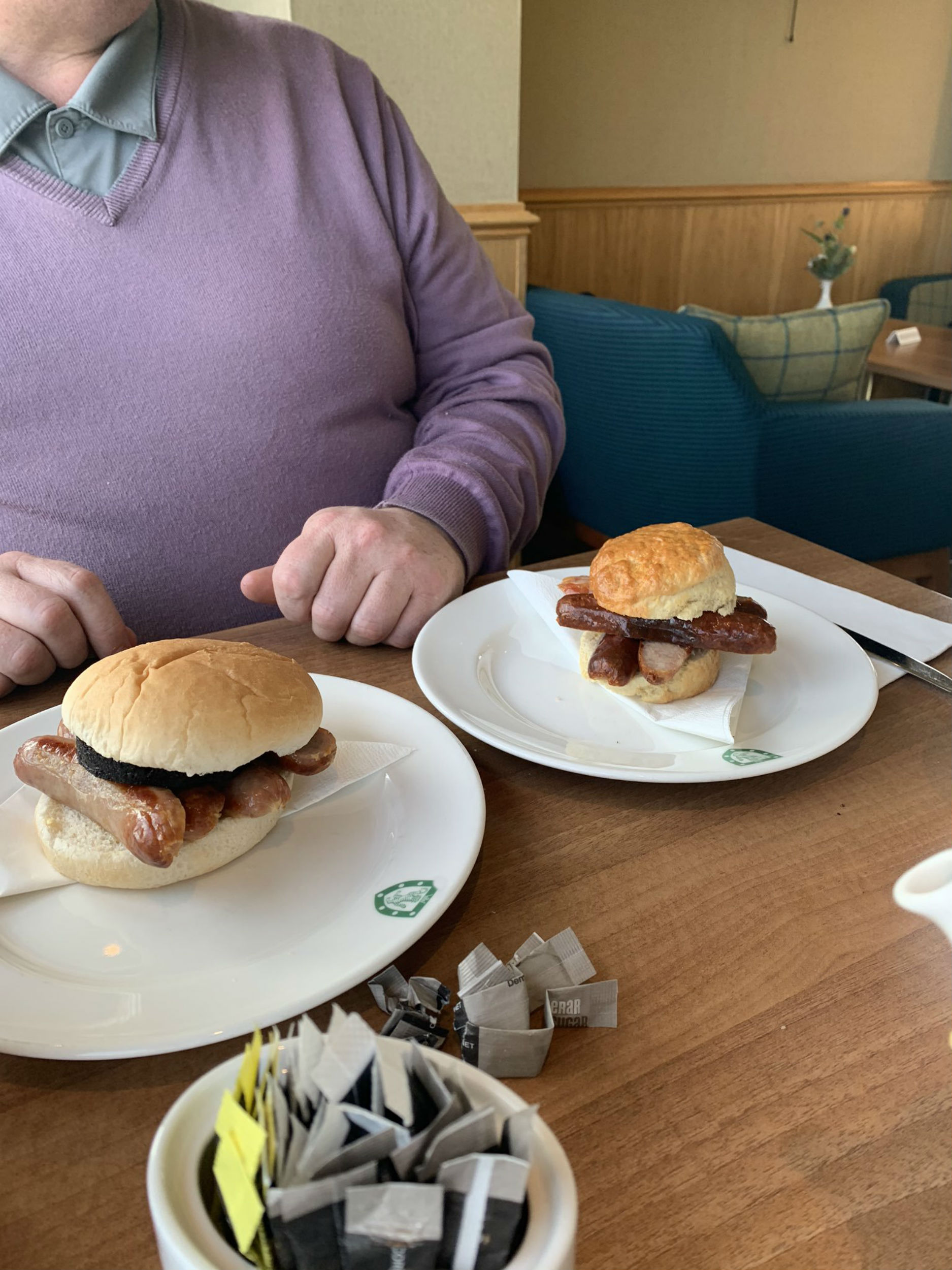 After sitting down, Kieran and his dad were informed they only did breakfast rolls by the waiter.

Kieran asked for his roll to come with square sausage and a potato scone.

The student from Glasgow said: “Me and my dad just looked at each other and burst out laughing.

“The waiter then had the cheek to ask if we wanted any sauces.”

Kieran added: “The waiter eventually found out what we were laughing about and just said he thought the order was a bit weird.

“We all ended up laughing when we said we meant tattie scone. Think he was a bit embarrassed in the end.

“It was a classic mix up between a Glaswegian and Highland accent.”

Kierans tweet has been well received by Twitter users, the vast majority of users finding the picture hilarious.

@murdo1314 commented: “Must be in Aberdeen or something. They gave me a funny look for ordering a sausage and tattie scone roll. Had to actually explain to them what I wanted, then they were disgusted with me when I explained myself.”

@BJH80 was a bit more optimistic, commenting: “Surely worth trying. Could be a game-changer.”