LOÏC DAMOUR, the Hearts midfielder, is adamant the club have taken ‘too long’ to find a new head coach as they finally close in on a successor to Craig Levein.

However, the searingly straight-talking Frenchman has refused to use the managerial uncertainty as an excuse for being ‘s*** on the pitch’ during their interminable malaise.

Former Barnsley and Hannover 96 manager Daniel Stendel is the chosen one for Tynecastle owner Ann Budge, with the highly-rated German tactician officially agreeing terms with the Edinburgh outfit on Monday evening.

However, Barnsley’s insistence that they would be due compensation for the 45-year-old is causing delays in making the appointment official.

Damour candidly concedes that it will be an almighty relief when there is finally a new boss in place, given Levein was dismissed more than a month ago.

“We’ve waited for too long,” said the former Cardiff City midfielder. “It’s been close to five weeks so it’s too long.

“There’s been no information for players, for staff, for anybody. It’s hard when you don’t know.

“It’s not an excuse to be s*** on the pitch – I’m not saying that – but obviously it’s harder to prepare for games. It’s not ideal so it’s good to feel the situation is changing.

“It’s my first situation like this. I lost a manager when I was young but not for five weeks. Normally it’s one week maximum.”

Damour did not sign up for this level of turmoil. The combative midfielder was sold on a switch north of the border by former manager Levein, penning a four-year contract in the expectation that he would be – at worst – fighting for a place in the top-six of the Premiership.

Instead, the man who signed him has departed, Damour has struggled to make an impact in his 11 appearances to date and he has missed the last three weeks with a hamstring injury.

“I wasn’t expecting this kind of start when I came here,” he continued. “But I need to look at it as another experience for my career. I have been through some difficult moments in the past and this is another one. 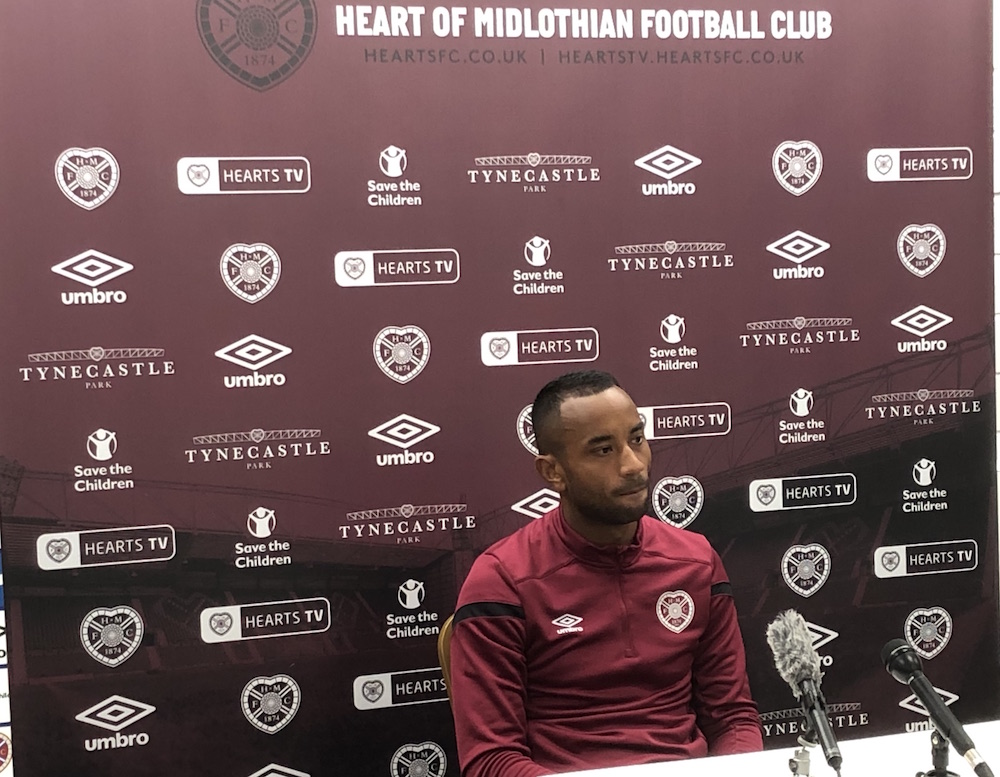 “I am used to being in tough situations in my career, but this is the first time anything like this has happened – where the manager wants me, I come here then two months later he leaves!

“I can’t say it’s easy, because it’s hard for everyone here, but we need to stay together and stay positive and trust ourselves for the future. That’s the only thing we can do.”

While the vagaries of contract negotiations will be a factor, Hearts remain hopeful of Stendel at least being in the crowd at Tynecastle on Wednesday evening when they host Livingston.

However, Damour says the imperative for points vastly outweighs the desire to dazzle the incoming boss.

“I can’t worry about impressing him, that’s the wrong way to prepare for the game,” added Damour. “The most important thing is I do my job on the pitch and if everyone thinks like that we’ll be fine. We’ll have no regrets.

“If you play well it’s good for the team and obviously the future is good for you.