SOME PLAYERS are deemed best suited to making an impact as a late replacement – but Hibernian winger Martin Boyle is desperate to avoid that ‘supersub’ tag under new manager Jack Ross.

Ross has fielded an identical starting line-up in each of his three matches at the helm and has also utilised the same trio of second-half substitutes in the shape of Boyle, Stevie Mallan and Daryl Horgan.

Boyle’s searing pace makes him an ideal attacking force for Ross to keep up his sleeve for the moment when opposition defences start to tire and gaps open up in a match that is becoming stretched. 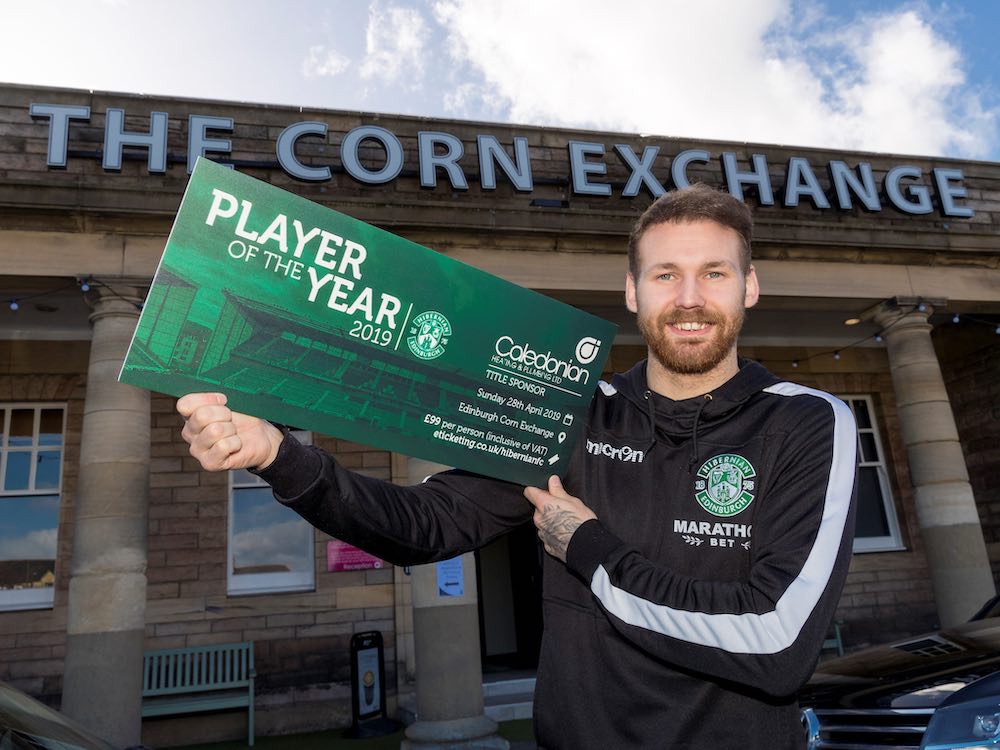 However, although he accepts a run of three consecutive victories and Saturday’s 2-2 draw against Kilmarnock have earned others the right to keep their starting jerseys for now, Boyle is eager to ensure his substitute’s role is a temporary one.

“It can be quite frustrating sitting on the bench but, at the same time, when the team’s winning and doing well, there’s not much I can do about it,” he said ahead of Wednesday night’s trip to face Ross County.

“In terms of me, Daryl and Stevie coming off the bench recently, we’re happy to do what we need to do for the team, but we’re all working hard to get back in the starting line-up.

“It is harder to impress the new manager, but I’m completely different from the others in that I’d just come back from injury.

“I hadn’t started a game before he came in so maybe he sees it that way and feels I’m not ready to start games yet and that I’m better coming off the bench to make an impact.

“We’ve had a conversation about how I’m feeling [fitness-wise], and I’m getting fitter and stronger with every minute I get on the pitch. If I’m needed, I’ll give my all.

“I’m sure he’s said he’ll give everyone a chance but he’s also told me the team is doing well. I totally understand that.

“There’s nothing much I can do except help the team out and be ready when I’m called upon.

“It’s good to hear that he doesn’t see me as a sub but at the same time I still need to be working hard to get fitter and stronger and make sure I catch the eye.

“When I do get my chance, I need to make sure I keep the jersey. Hopefully I can get a start soon.”

Visit Online Casinos UK for this top list of UK online casinos. The best sires are listed only!

Share
Facebook
Twitter
Pinterest
WhatsApp
Linkedin
Previous articleLoic Damour admits Hearts have taken ‘too long’ to find a new manager
Next articleEx-Hibs midfielder Marvin Bartley: ‘I very much want people to know that I don’t allow that one per cent to make me think that’s the Hearts way’