NORTHERN Irish media students have a chance to carry on continuing studying in Edinburgh.

A new link-up between South Eastern Regional College’s Northern Ireland Film & Television School (NIFTS) and Edinburgh Napier University is set to give the next generation of TV and film talent the chance to continue their studies in Scotland.

An articulation agreement has been signed by the two institutions that will give students from HND courses in Creative Media Production at the NI Film & Television School the chance to gain direct entry into the 3rd year of Edinburgh Napier’s BA TV programme.

South Eastern Regional College (SERC) – home to NIFTS – has a long-standing relationship with Edinburgh Napier, with previous successful agreements seeing engineering and computing students given similar opportunities to continue their studies with the university in Scotland.

This specific agreement will see students complete their two-year HND programme in Northern Ireland before gaining direct entry into Year Three of the BA (Hons) Television programme at Edinburgh Napier’s Merchiston campus – should they meet entry and interview requirements. The HND is delivered at NIFTS over two years on a part-time basis (two full days a week) with full funding available for eligible applicants.

Final year students also have the chance to gain a placement through the course’s TV Work-Based Learning module. Students have previously completed work experience placements at STV and BBC Scotland among others. They will also have access to an industry standard broadcasting facility and TV studio within Edinburgh Napier’s Merchiston campus.

Dr Kirsten McLeod, Programme Leader for the BA (Hons) Television course at Edinburgh Napier, said: “I am really pleased we have established this partnership with South Eastern Regional College. I have been impressed by the quality of work and teaching at the Northern Ireland Film & Television School and of the ambition of staff and students. We look forward to welcoming SERC’s NIFTS students to Edinburgh Napier University and developing relations between our two institutions.”

Dr Diane Maclean, Interim Dean of the School of Arts and Creative Industries, said: “Creative Industries is booming, and Edinburgh Napier welcomes the opportunity to bring students from Northern Ireland to Scotland to learn important skills and talents to ensure that they, and our Scottish students, are ready for work, and vibrant, creative thinkers.”

Alison Thompson, Course Co-ordinator and Lecturer at the Northern Ireland Film & Television School, said: “We attract a diverse range of students to NIFTS, from school leavers to mature career changers. They share a common goal to work in the industry and to have the opportunity to complete a degree at a university of Edinburgh Napier’s calibre and reputation, is an amazing opportunity for our Film School graduates.”

In the Guardian Guide 2020, Edinburgh Napier’s BA (Hons) TV programmed ranked 10th in the UK for Media and Film Studies. More information on it can be found here.

The Northern Ireland Film & Television School was launched at SERC’s Bangor Campus in 2015. In that relatively short time, the course has gained an excellent reputation for truly preparing students for industry. NIFTS graduates can now be found working in film and television production roles nationwide. For further course information, visit www.serc.ac.uk/nifts 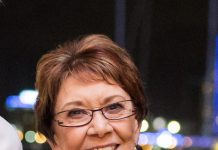