HILARIOUS video shows an outraged five-year-old boy brand his Elf on the Shelf a “greedy b******”.

Shannon Courtney set the elf up in her kitchen to look like he had been helping himself to little Chase’s sweets.

And when the lad discovered the outrage at his home in Doncaster he reacted like a true, plain-speaking Yorkshireman.

In the clip, Chase can be heard shouting “get in the kitchen” before being shown stood with his hands in his pockets looking at his elf inside a sweetie tin.

He then tells his mum: “He’s lying back there trying to eat all my chocolates. I don’t know how he could get up there.”

In complete disbelief, Chase then shouts “greedy b*****d”, prompting a little gasp of shocked disapproval from his mother.

She wrote: “Absolute in stitches with Chase this morning. This bloody elf has my son swearing.” 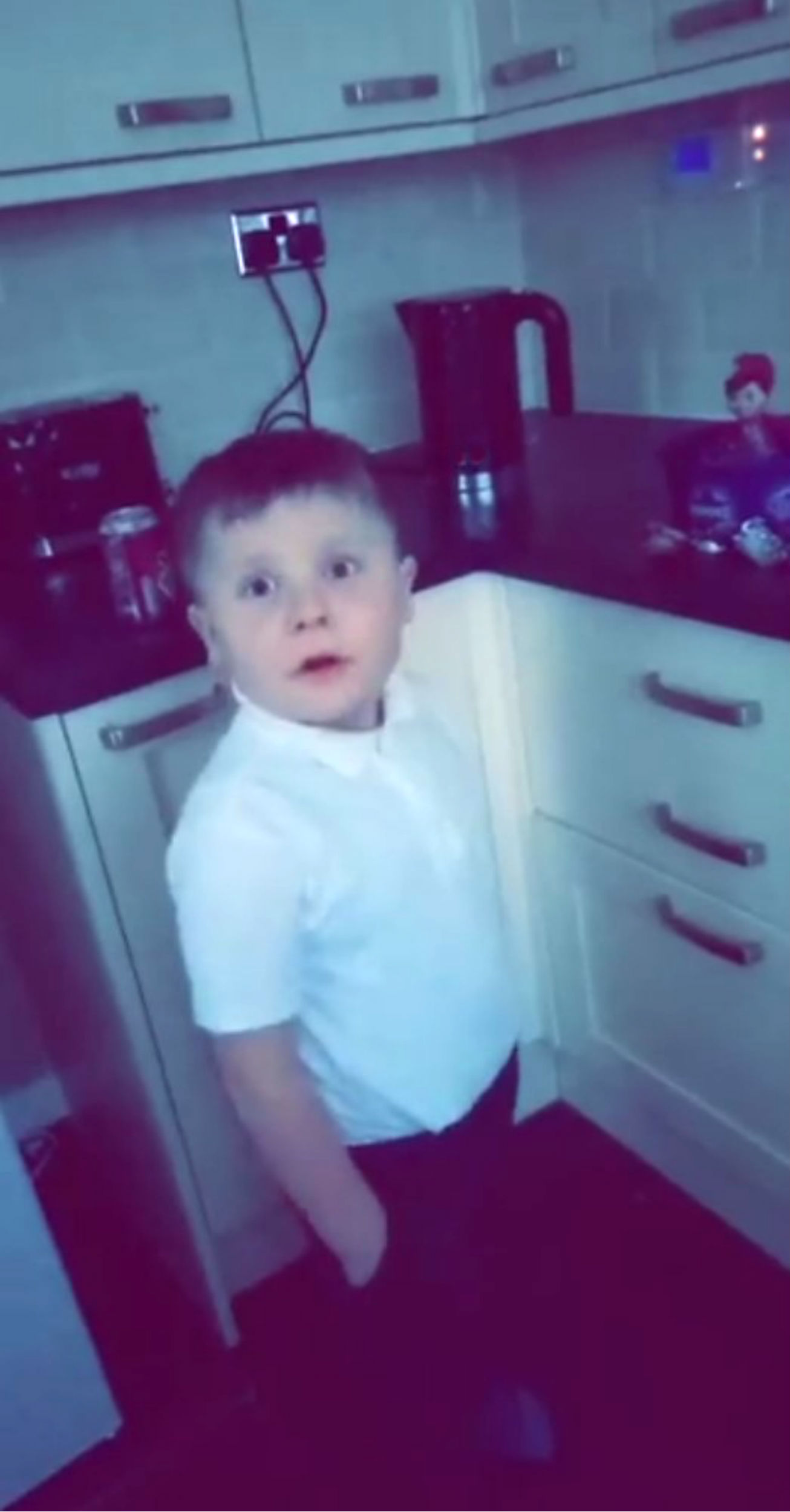 Speaking on Wednesday Shannon said: “He came downstairs yesterday morning wanted to see if the naughty elf did anything and of course the elf had ate Chase’s Christmas chocolates.

“He couldn’t believe how the elf climbed into the cupboard for the chocolates.

“He loves this time of the year. He is such a big believer in the festive season and loves to see what the elf gets up to each morning, bless him.

“I was so shocked at his reaction but couldn’t tell him off he such a character.

Over 12million families across the world own an Elf on the Shelf and have adopted the little creature as a new Christmas tradition.

The basic premise of the Elf on the Shelf is that the elf watches a child’s behaviour in the run up to Christmas.

Each night the elf then runs back to their home in the North Pole and reports back to Santa Clause.

Parents then have the job to find a new place to perch the elf each night so that children believe the elf has been on the move.

Mums and dads across the world have been coming up with ingenious ways to stage the elf in a bid to fuel their little one’s imagination.