A MARKS & Spencer customer has posted a horrific photo showing how the top of her mum’s finger was sliced off in a bizarre accident at one of the company’s stores.

Angela Hills and her mother, Mary, were at an M&S cafe in Handforth Dean, Cheshire when Mary caught her finger in a door and “sliced the end clean off.”

78-year-old Mary Holmes was stood in line at the M&S cafe on 3rd October when a staff door opened to allow a waiter through.

She moved out of the way to allow him to pass but used the door frame to steady herself. 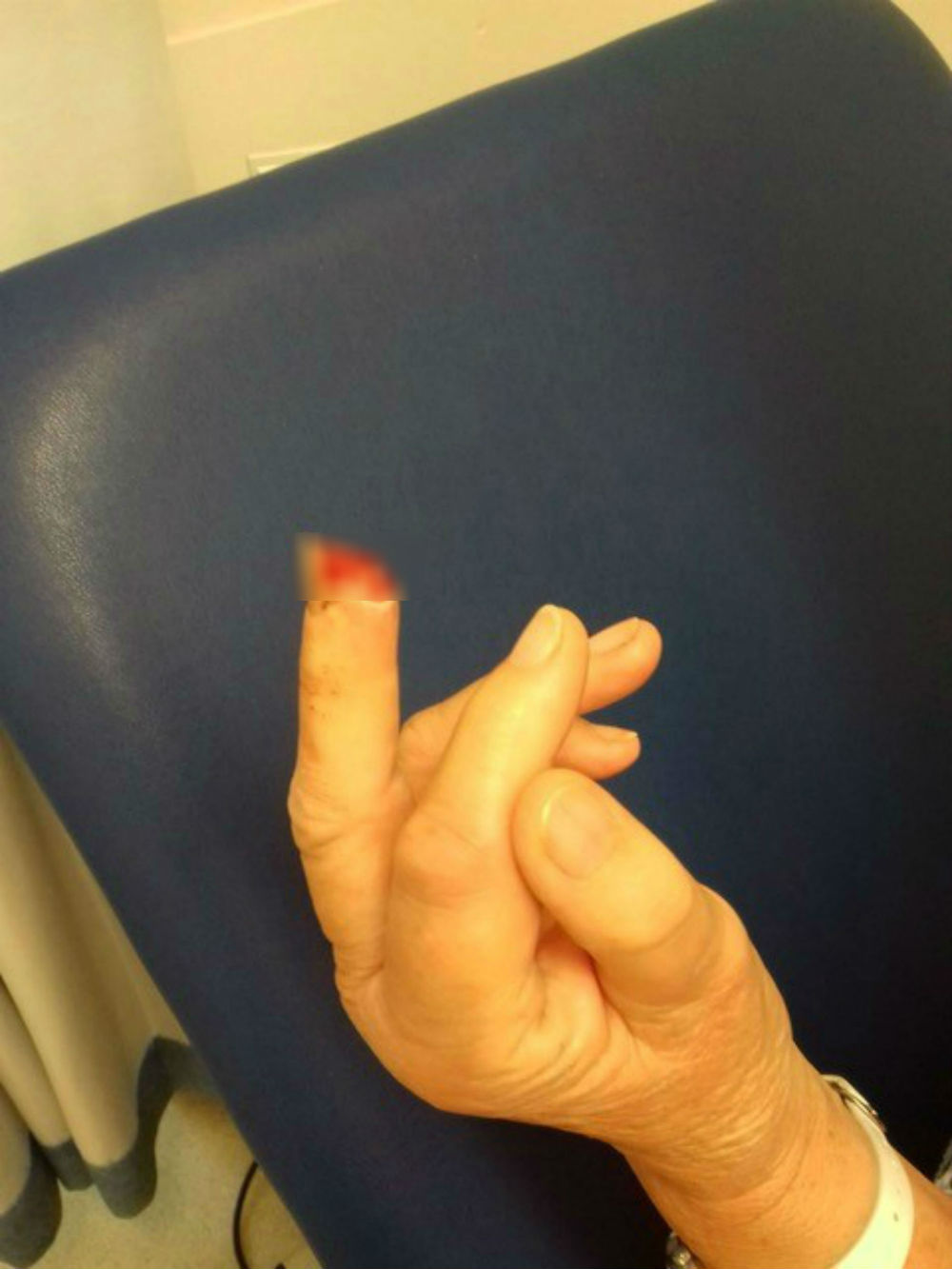 The door then slammed shut on her hand, slicing off the tip of her finger.

She was then taken to hospital where doctors said she had also chipped the bone.

Angela says the door was not properly marked as a hazard, resulting in her mother’s horrific injury.

Despite happening, over two months ago M&S apparently cannot provide Angela with a report on the incident for another two weeks.

Graphic photos show how Mary’s finger has had several layers of skin stripped off, leaving it raw and bloodied.

Despite her clearly painful injury, Mary has been the subject of trolling from some online critics, who claim she should know how to use a door.

Marks & Spencer have deemed the incident an “unfortunate accident” and offered their condolences. They are also investigating.

However, Angela believes the store should have done more to prevent the situation. 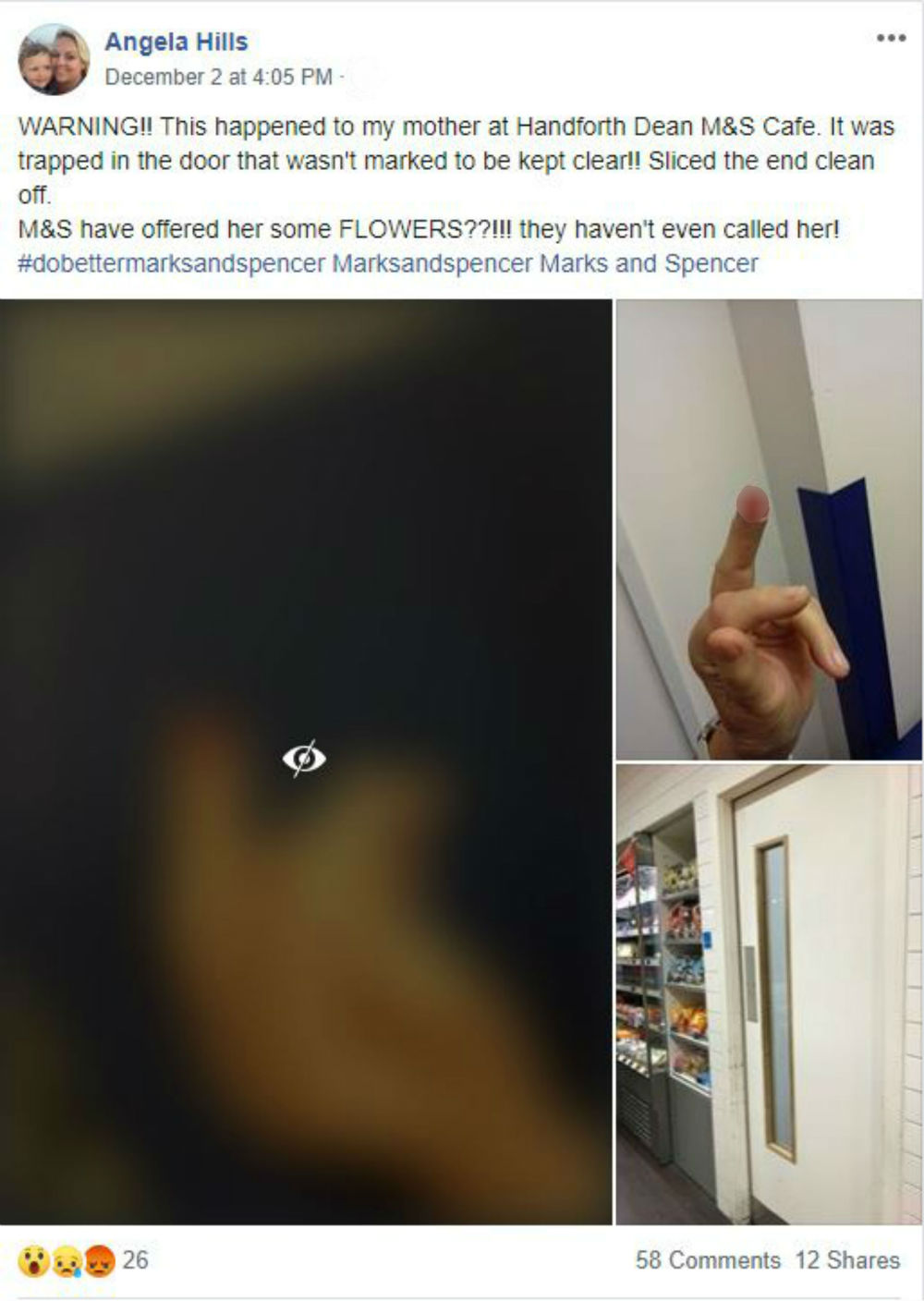 She took to Facebook on Monday [2 Dec] to warn other customers.

Angela shared images of Mary’s injuries with the caption: “Warning! This happened to my mother at Handforth Dean M&S Cafe.

“It was trapped in the door that wasn’t marked to be kept clear!! Sliced the end clean off.

“M&S have offered her some flowers?! They haven’t even called her! #dobetterMarksandSpencer.”

Joy Stonebanks wrote: “That’s horrendous! How on earth could this happen?? Hope your mum is okay Ang.”

And Clare Reoch said: “No no no no no that is not acceptable, that is terrible!

“Omg that could have been a toddlers arm fingers anything! I’d definitely seek legal advice! Flowers wtf are they going to do?”

However, Mark Lee was less sympathetic, he replied: “Ah panic panic aaahh. Doors exist everywhere. They all open and close. It’s just common sense not to put your fingers in between a door and the frame when its closing.”

Rocky Gibbs added: ” So, she stuck her fingers into a staff door and got an injury? She’s the only one that got that injury, you’re just compensation seeking.”

And Nick Andrews said: ” Why would she open that door? Is this the first time your mum has seen a door and doesn’t know how they work?” 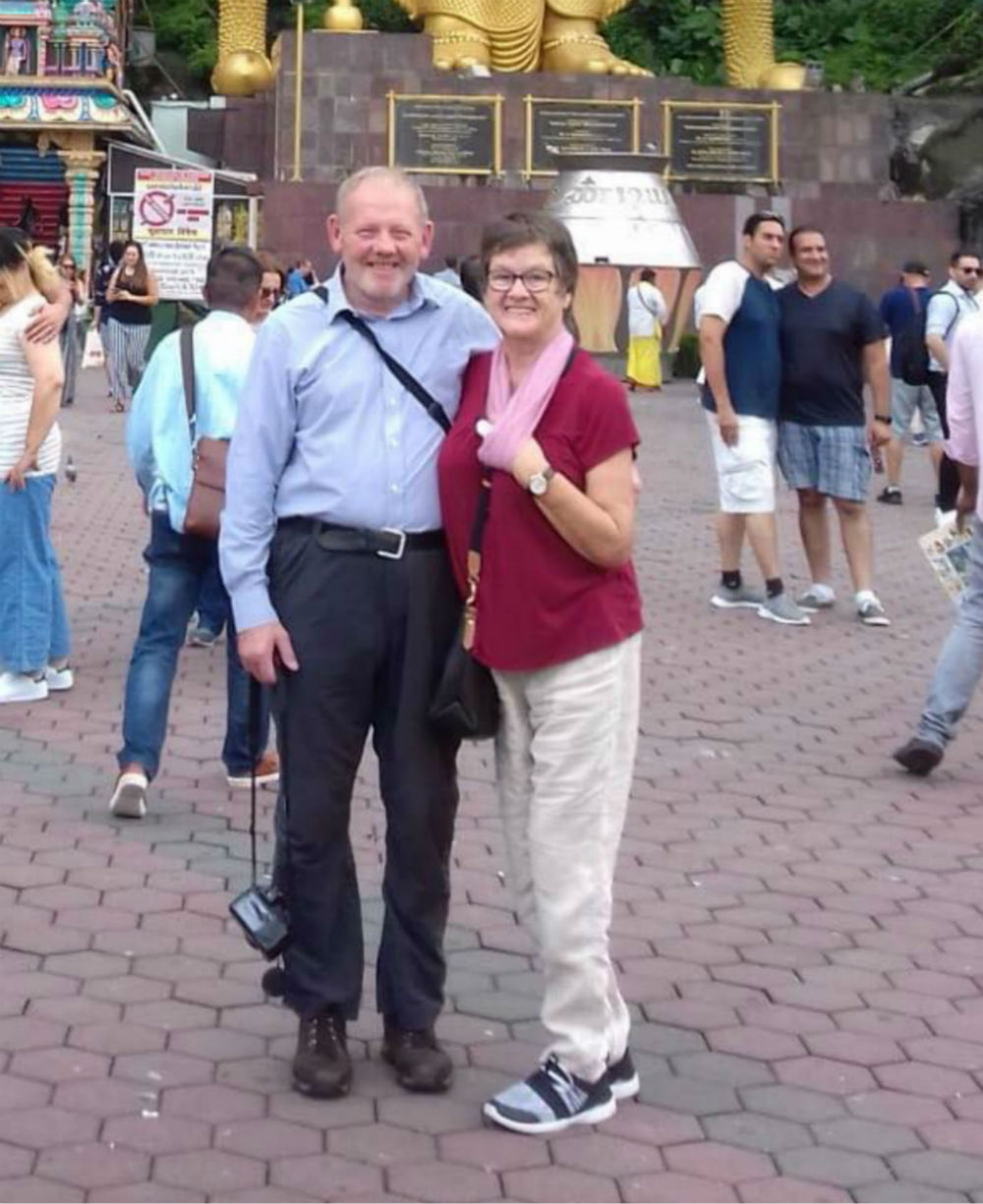 Speaking today, Angela said: “My mum was in the queue and the wall is white and the door is white.

“She moved out of the way but being 78, she used the door to steady herself but it was one of these big heavy doors and it slammed shut on her finger.

“Everyone rushed around her because it was pumping blood and an M&S worker said: ‘I’ve got the tip of her finger here’ which is horrendous.

“I’m not happy with M&S’ response, they sent some flowers which are just going to die. They knew my mum was going away and they still just sent flowers.

“She’s still in pain and she hasn’t got any feeling in it. It’s ruined her holiday, the holiday of a lifetime to Australia. All her pictures from the trip are her in a sling.

“They say the have been in regular contact with my mum. That is a lie, they have never called her and only sent one email to confirm I could act on her behalf.”

“It could happen again, it could be simply fixed by putting a hinge protector on. Obviously they don’t want to admit any liability.

“I don’t really want to go through lawyers because it’s a pain but we have spoken to solicitors.”

Marks & Spencer expressed concern for Mary and said they were looking into the incident.

A Marks & Spencer spokesman said: “The safety of our customers and colleagues is always our highest priority and we have thoroughly investigated the incident that took place at our Handforth store in October.

“This was an unfortunate accident and we’ve been in regular contact with Mrs Holmes and wish her a speedy recovery.”