DANIEL STENDEL spoke at length as he was unveiled as Hearts’ new manager on Tuesday.

The German confessed he faces a tough task in reviving the club after the recent slump that sees the team sit joint bottom of the Premiership.

However, the former Hannover 96 and Barnsley boss is convinced he can bring success back to Gorgie after penning a two-and-a-half-year deal.

His first interview with print journalists was a wide-ranging one. 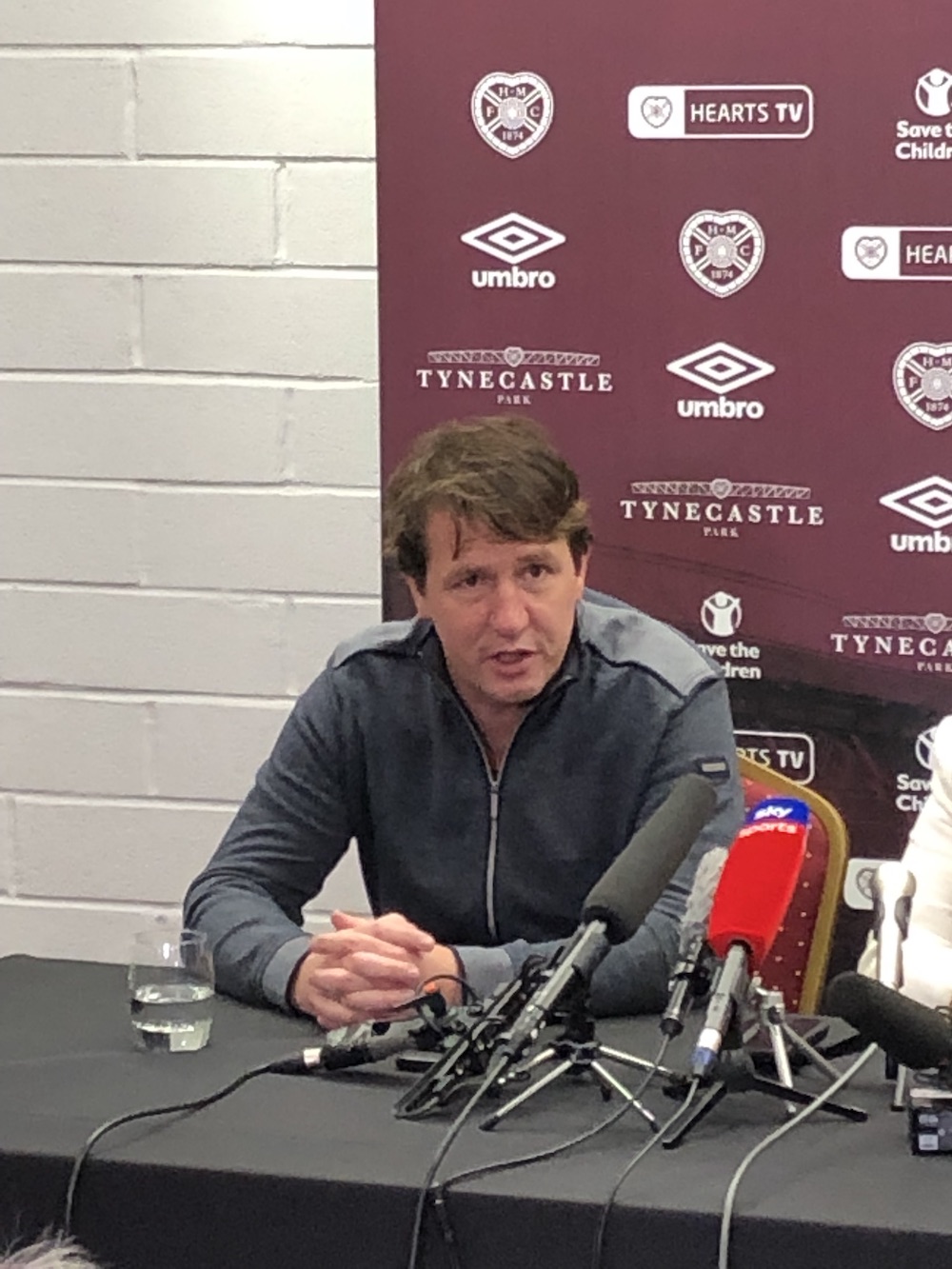 Here are the key quotes:

“I got the same feeling [at Hearts as at Barnsley]. Before I decided to come here, I talked with some friends and my agent.

“I think what I learned from my experience is that I need a club with a lot of passion. I need a really good support.

“When I see what can happen in this stadium, this I what I like.

“The atmosphere is what I love. And I can get all of this here. That is why I’m getting here.”

“Yeah, the first time I came here, he showed me things. It was a special moment and I got a really good impression from him when he showed me all the facilities.

“I didn’t actually know it [was him] at first – and then I thought maybe this was not a little bit normal. But it was a good talk, a good exchange of views.

“After a short time I realised who he was, of course.  It’s special but not so different from other situations in other clubs.”

Stendel on his send-off from the Barnsley fans

“Yeah, it’s nice, eh? This told me everything about the power of social media! Be careful!

“I think it was the one and only time when I went for a drink with the fans, but suddenly everyone says: ‘Oh, he drinks so much!’.

“I liked to work in Barnsley, I loved the passion from the people and the town. So, at this moment, I was a little bit sad.

“But when the people didn’t say ‘Hey, go home to Germany’ but ‘Hey, come with us to celebrate’, that was a great moment.

“I think it showed a special relationship with the people in Barnsley.’ 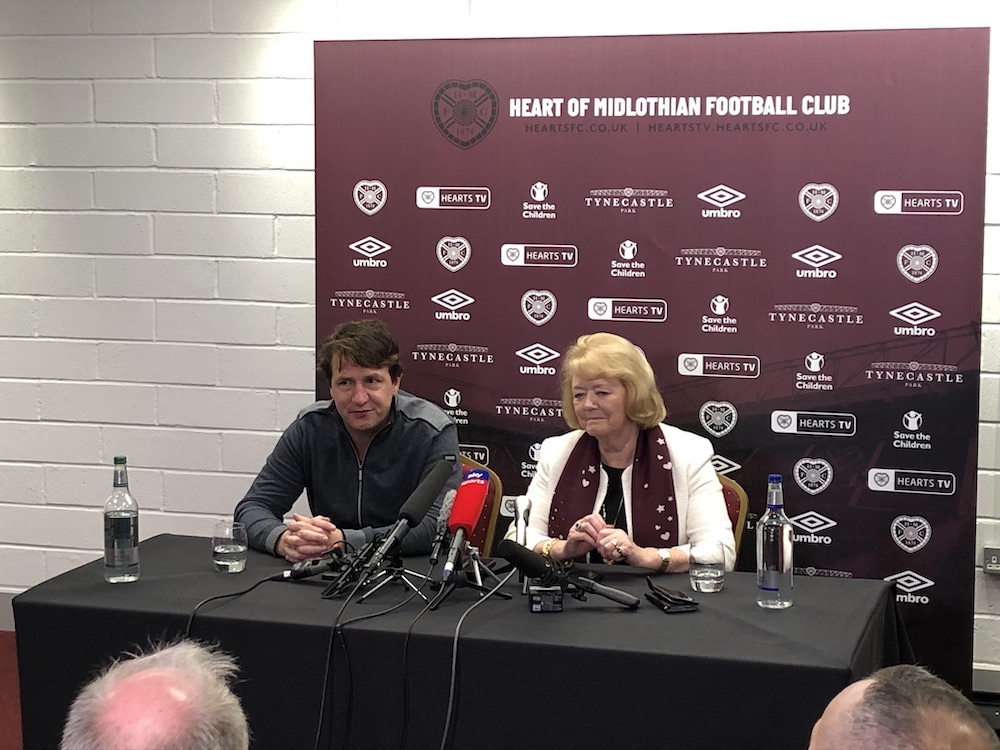 Stendel on building a relationship with the Hearts fans

“That’s the reason we play the game. If we’re in the stadium and no-one is celebrating when we score, it’s the worst thing that can happen.

“We love the game the same as the fans and we want the fans to be celebrating good games from us.

“I hope we can do it and make it very difficult to win against Hearts because we have unity between the team and the fans.

“That’s the main thing for me at every club I manage and also when I was a player. We need this for success.”

“It’s a little bit of an old joke. When I first came to England, I heard this a lot of times. But Jurgen Kopp is Jurgen Klopp.

“I like the same idea of how to play football but I don’t look to him and say ‘I want to play like this’.

“If in 10 years I have the same success as Jurgen Klopp then I am happy.”

Stendel on Hibs counterpart Jack Ross, whose Sunderland side Barnsley pipped to promotion from League One last season

“We were promoted last season but I did not win against him. Maybe I can start here.”

Stendel on his upbringing in East Germany

“I play the first 18 years in East Germany then I left for Hamburg.

“I could play football, we had a good club in my home town and it was the best way to become a professional player.

Stendel on working in Scottish football

“But I like new experiences and the view from outside of your country is always different to the way it is. When you only live in your own country you think that it’s the right way.

“But after my experiences of Barnsley I like to see new things.”