The School of Divinity at the University of St Andrews has secured its largest ever research grant of £3.4 million from the John Templeton Foundation to support the creation and launch of a free, online encyclopaedia of theology.

The Encyclopaedia will grow to include material from the world’s major religions, beginning with Christianity and expanding to Judaism, Islam, Buddhism and Hinduism, offering articles written from within the faith traditions they describe.

Brendan Wolfe, Honorary Reader at the School of Divinity, will serve as the Encyclopaedia’s Principal Editor, with Dr Steve Holmes, Senior Lecturer, as Chair of the Editorial Board.

Articles will be written by leading scholars, with the Encyclopaedia serving as a resource throughout the world, particularly where libraries are constrained or absent. Articles will give perspectives from inside their subjects, supporting theological instruction within a religious tradition, and will enable and inform interreligious discussion and understanding.

Brendan Wolfe said: “The Christian theology section is expanding quickly, due in large part to the support of the entire School of Divinity’s research community. We are developing links with other institutions so that the work in other traditions can be similarly grounded in communities of scholarship.”

Dr Steve Holmes, who compared the new project to the Stanford Encyclopedia of Philosophy, commented: “If the St Andrews Encyclopaedia of Theology can achieve the same level of scholarly excellence, it will be the most significant new initiative in academic theology this century.”

The project team at the University also includes Professor Christoph Schwöbel, Professor of Systematic Theology, and Professor N.T. Wright as Senior Editors for Christianity, with Associate Lecturer Dr Oliver Langworthy as an Academic Editor. Professor Lejla Demiri, who holds the Chair in Islamic Doctrine at Tübingen, will be the first Senior Editor in Islam.

The project is currently in negotiations to add a third Senior Editor in Christianity, and further Senior Editors in Judaism and Islam. Advertisements for two more Academic Editors for Christianity have been posted, with further posts in other traditions to be advertised in due course.

More information is available from the project website: www.saet.ac.uk. 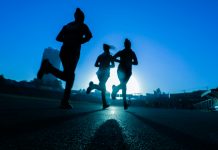 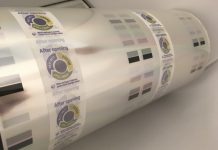