A ROADIE is selling the £240,000 “Hobbit” house he built around a Girls Aloud stage set.

And as part of the deal, Angus Mitchell will dismantle the property and rebuild it for the buyer – anywhere in the world.

The one-bedroom, wooden structure was created over nine years around an aluminum dome used by the girl band as they toured in 2003/4.

Angus, 54, was a roadie on the tour and took the structure away with him, using it as the basis for his home in Hebden Bridge, West Yorkshire. 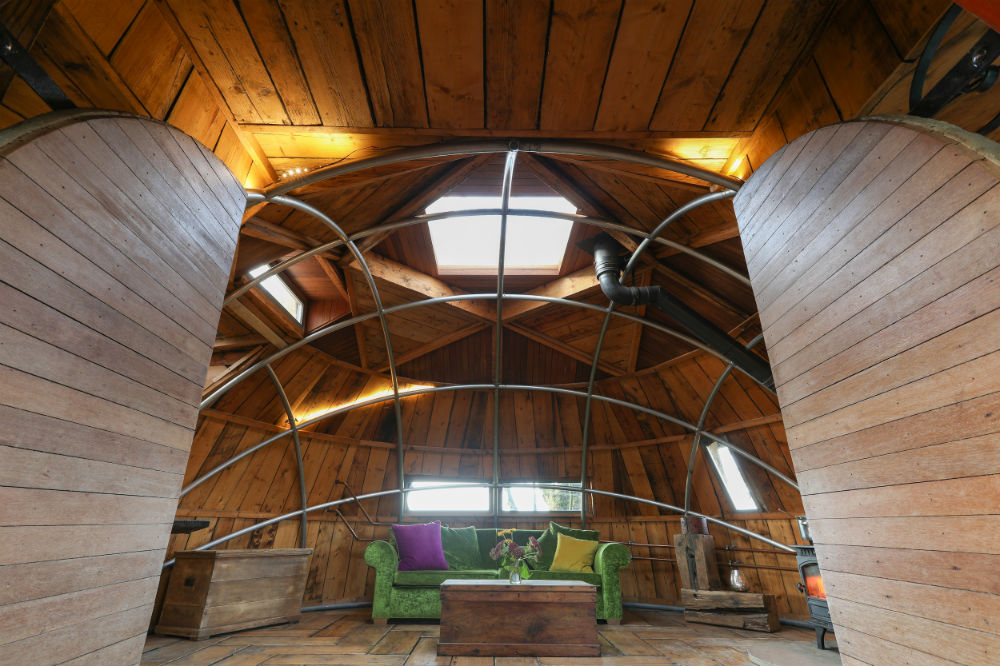 Also up for sale is a sofa in the living room which was used by Joan Baez as a stage prop during her 2012 European tour.

Angus, who has also roadied with Elbow, Oasis, The Red Hot Chilli Peppers, and The Hollies during his 20-year career, is being forced off the land where the house was built by the new landowner.

The eco-friendly home, called The Sett, has a livingroom, bedroom, bathroom, kitchen and sun porch.

The conversion into a home involved recycled materials and reclaimed timber, some of which dates from the 1700s.

The eco home is being advertised on Facebook through its own page called The Sett Eco Build. 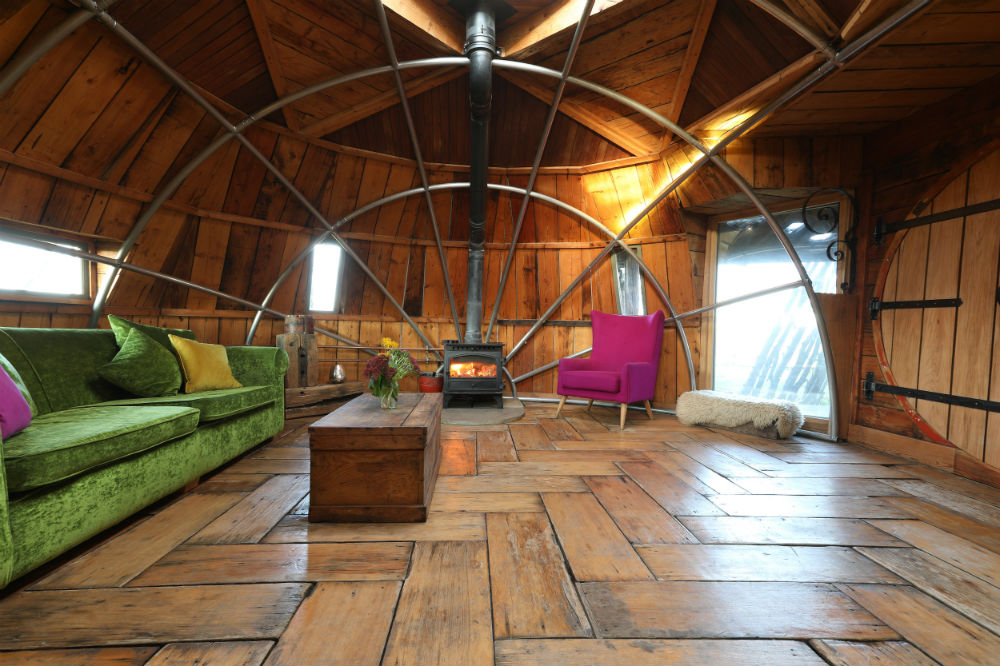 Amitashuri Yule wrote under the post: “How beautiful, and what a work of heart.”

Alison Charles  said: “I’ve only heard about your lovely place.. but had never appreciated how bloody lovely it is. If I had a wee bit of land I’d be snapping it up.

Chantal Beck  commented: “This has to be the most beautiful home I have ever seen.”

Salim Al Askari Khan referring to JRR Tolkien book the Hobbit wrote: “Bilbo Baggins called. He wants his house back. Seriously this is an awesome place to live. Wish my midget self could live here.” 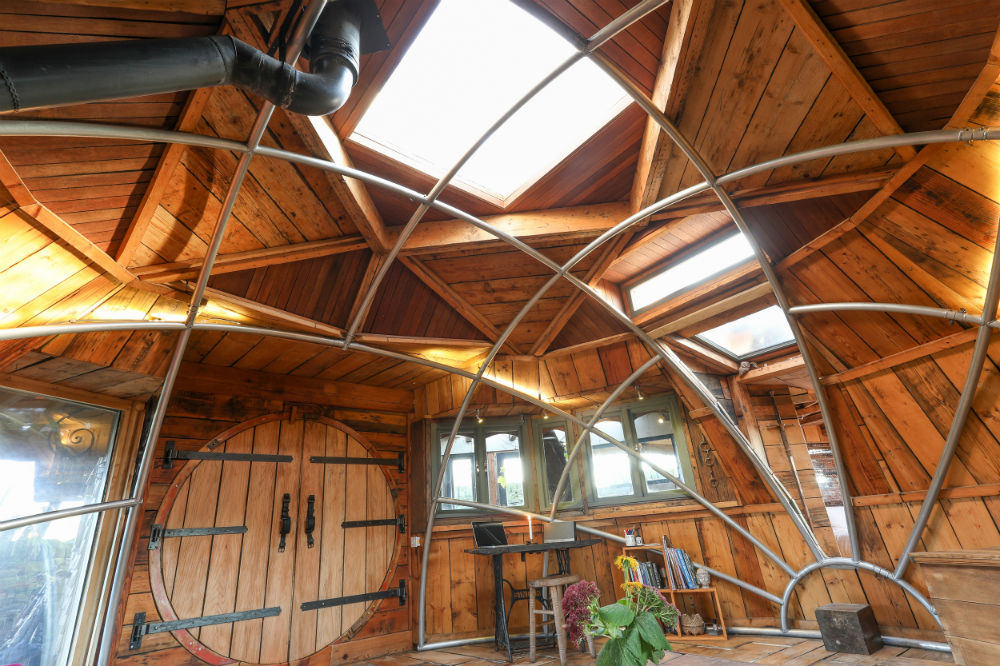 Speaking today, Angus said: “We just winged it. It was based on a sketch that was drawn on the back of an envelope. I had been collecting all the wood when I wasn’t roadie-ing and worked on my garden.

“I decided I should make a decent house for myself as I was sleeping under the dome like a tent covered with a canvas on top. When it was wet it got all damp and the slugs came through.”

“All I want is the property to go to a good owner as it’s priceless to me.”

Included in the price is dismantling, transporting and reassembling the property. Angus reckons this will set him back about £1,500 based on a 400-mile radius.

“It can go into containers so it can go anywhere in the world.”