The footage, taken at Ashington RFC, Northumbria, shows a naked man being hurled into a stack of chairs as part of the raucous celebrations.

The club have since released a statement stressing that anyone acting as a “human bowling ball” did so “consensually.”

As the footage begins, a naked man is held by each limb by four men dressed in Christmas jumpers.

They count to three as they swing him back and forth, before flinging him along a soapy floor.

The man slides across the room and into a waiting stack of chairs, bringing them tumbling down onto his head.

The crowd lets out a huge cheer and as the clip ends the man is seen still sliding around under the chairs.

Ashington RFC were quick to release a statement on the incident.

They wrote on Facebook: “”The club understands that several videos have been circulating social media today, containing footage from last night’s Xmas party. 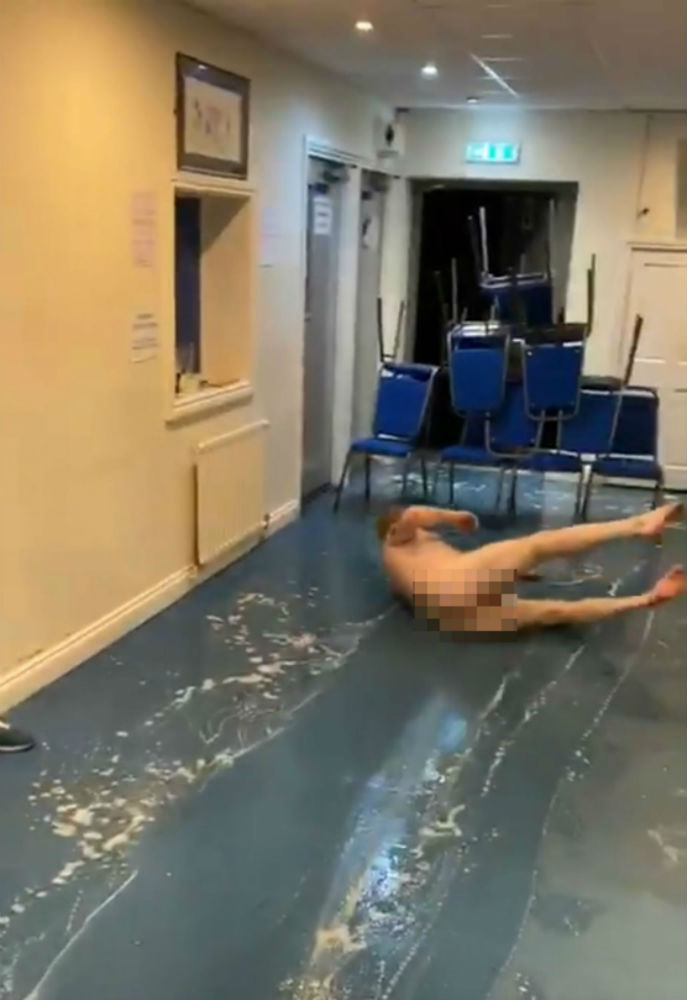 “The club wish to make clear that all individuals used as “human bowling balls” did so consensually and were fully aware of the risks involved.

“The club will make no further comment at this point.”

The comical scene appeared on social mediaon 16 December, where it has clocked up more than one million views.

The clip has had social media users in stitches.

Steve Vellios wrote: “Got rugby written all over it.”

Lara Evans said: “All fun and games until the pole of the chair leg goes where the sun don’t shine.”