Hearts defender Michael Smith insists the fact the team were clapped off following Wednesday’s loss to Celtic proves they have turned a corner.

The Gorgie side started the game well in only Daniel Stendel’s second match in charge before losing two goals on the counter to Ryan Christie and Olivier Ntcham prior to the break.

Hearts continued to put up a fight after the interval and Northern Ireland international Smith insists having the fans’ backing throughout the 90 minutes was huge. 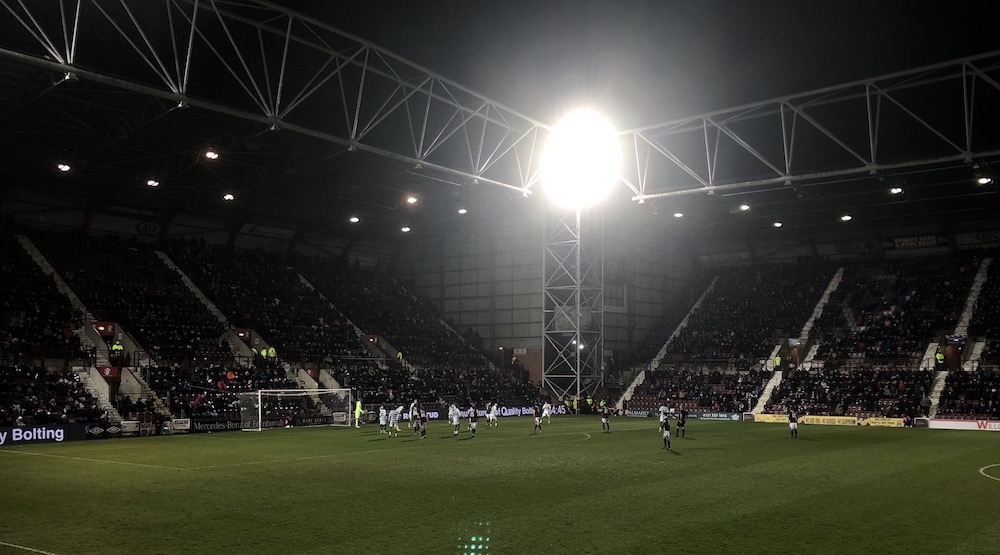 Smith, who is hoping Hearts can clinch only their third Premiership victory of the season in tomorrow’s bottom of the table clash at Hamilton, said: “The fact our home fans clapped us off the pitch even after a defeat showed we worked hard and things are starting to turn. And they will turn, I believe that.

“The manager has come in and bringing energy and enthusiasm and we’re starting to show it on the pitch.

“I thought the fans were great, they’ve not had a lot to cheer about but they stuck right with us as we showed we’re battling hard on the pitch and going for every ball.

“We appreciate that as players, fans getting behind us and clapping us off at the end.

“It’s easy to raise your game for the Old Firm coming into town but it is the other games that you should be up for too.”