EXCITED families looking forward to seeing Santa suffered the Christmas from Hell after bad weather forced their jet to fly home without anyone getting off.

Passengers spent a total of 12 hours on board the jet and travelled 2,800 miles but never got to step on Finnish soil.

Children on board were told “Santa is too busy to see you” before having to make the heartbreaking journey back to Birmingham.

Families, who paid over £2,000 for the day trip, accept that nothing could be done about the bad weather but accused operators Jet2 of “poor communication”. 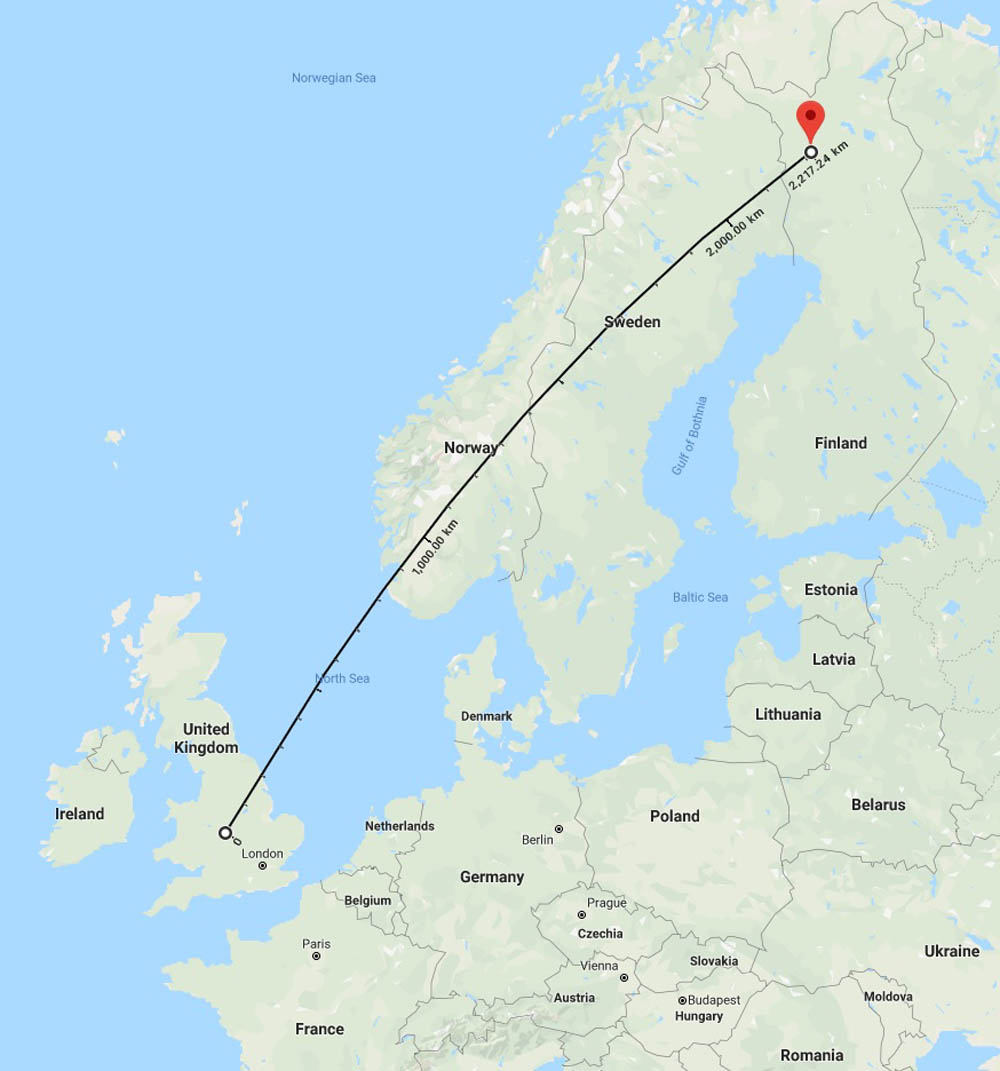 The flight, on Wednesday, was supposed to fly from Birmingham to Enontekiö Airport, which is close to a Santa attraction.

The flight diverted to Kittilä Airport which is 143km away from the attraction. Passengers then learned they were not even going to disembark before returning to the UK.

A member of the crew is said to have told them: “Santa is too busy to see you, but I’m sure your parents will be making up for it on Christmas morning.”

Passengers have been promised full refunds but still feel Christmas was ruined. The trip was organised by Canterbury Travel, based in Northwood, London, while Jet2 were responsible for the flights.

Sara Taylor, from Manchester, paid £1800 to travel to Lapland with her husband and children aged eight and ten. 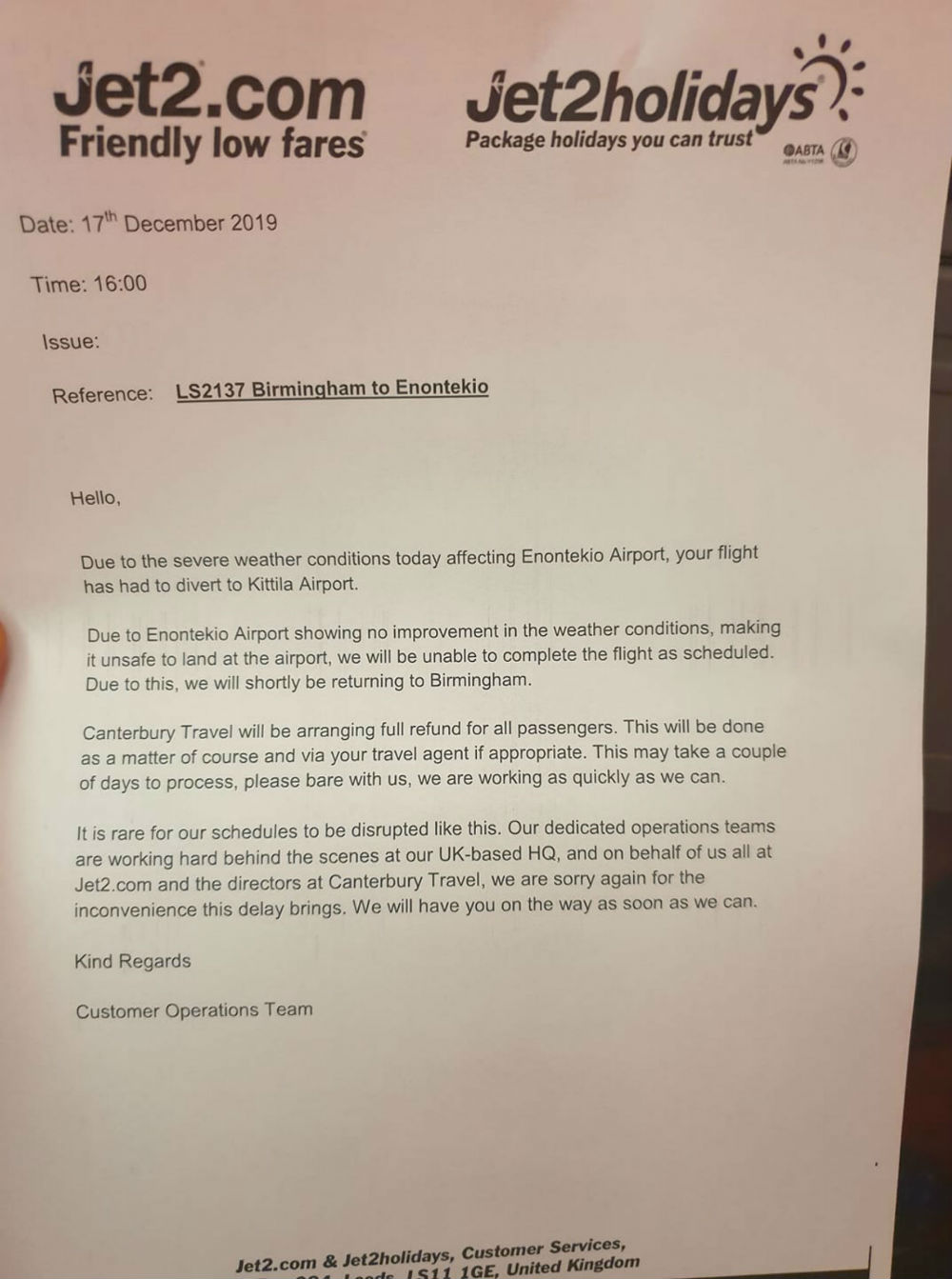 She has slammed the “complete lack of communication” throughout the trip.

She said: “It was so many mess ups basically, they were all blaming each other.

“They actually said it’s like there were too many cooks, but it’s no good when you’ve got 200 people sat on a plane, mainly children.”

She added: “When we were diverted we weren’t even told which airport we were going to.

“My ten year old was more understanding, but there were younger children on there who just couldn’t comprehend it. They were just looking out onto snow they couldn’t even get out on.

“They were all excited because the pilot had done the whole pretending Santa had landed on the plane and was guiding us in.

“There were just no explanations, it was absolutely appalling.”

Annette Williams, from London, was travelling with her sister and two young nieces as a Christmas treat.

She said: “This was not a business trip that can be rescheduled next week, this was a once in a lifetime trip for families that may never be able to be repeated.

“There were elderly grandparents on board, children who still believe in Santa, but will not next year, and a truly heartbreaking family where this trip represented a hope to make Christmas special after the untimely death of a father of two small children. 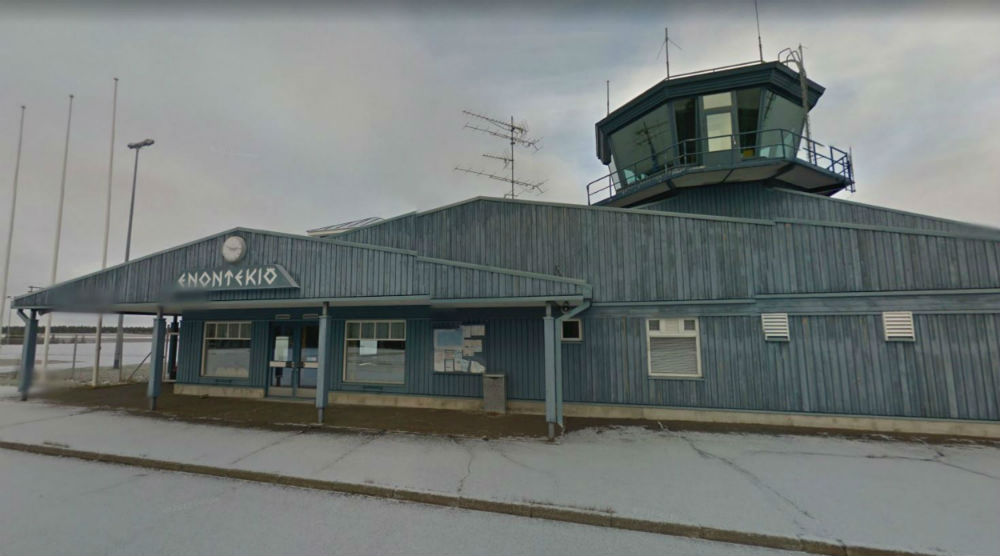 “There was a lack of plan B to get food supplies on board. I believe it was only due to the patience and ability of the many parents on board who played games with the children and who ensured they held their anger that this did not turn into a much tenser situation on board.

“All credit to those people- zero marks to Jet2 and Canterbury.”

Another mother, who wished to remain anonymous, forked out over £2000 for the trip.

She said: “They have ruined Christmas. My children were absolutely devastated.

“And to be offered a stale roll or charged for some chocolate was just disgraceful.

“There was no duty of care at all and to be quite frank if you can’t look after your passengers you shouldn’t be doing this at all.”