Ronny Deila insists his experience of managing Celtic can help him adapt to the MLS after being appointed as New York City’s new head coach.

The Norwegian has been reunited with former Bhoys winger Gary Mackay-Steven in the Big Apple after leaving Vålerenga in his homeland.

Delia won two Scottish Premiership titles and the League Cup during his two-year stint in charge of Celtic until 2016. 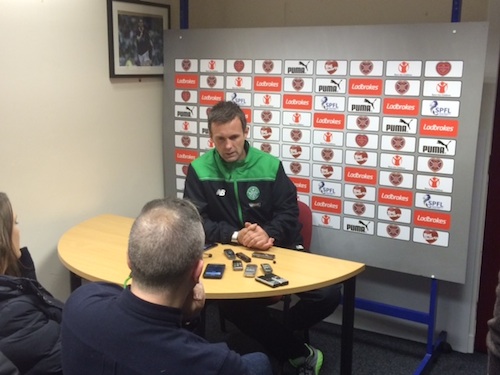 And the 44-year-old believes the style of football Stateside is similar to what he encountered during his time in Scotland.

He said: “There are things that are different to the MLS compared to Europe, with traveling and time difference – it’s important I adapt to that very quickly.

“And also the style of play, it’s very direct with a lot of teams, and very physical.

“But I think that’s quite similar to what I went through in Scotland and Norway, they are also physical leagues.”

Delia, who has signed a three-year deal, added: “When the opportunity came up to join New York City FC as their new head coach, it was a dream come true for me to manage an amazing club in a great city.

‘When I come in, it’s important to continue to build on what’s already proven to be a strong foundation and to get some of my ideas across.

“The way I want to play and the way NYCFC has played is very similar. I’m a very attacking coach.

“We want to have the ball as much as possible, but also try to be direct when you have those opportunities.

“I’m really looking forward to getting going and getting to know the players in preseason and begin my time at NYCFC.

“I’m ready to see our supporters and hopefully we’ll have a wonderful relationship.”