Audiences will be transported to a land far far a-gay when Edinburgh smash hit Happily Ever Poofter opens at London’s leading fringe theatre this season.

The hottest – and naughtiest – musical parody around, which stars actor and writer Rich Watkins, will make its debut at the King’s Head Theatre from 21 January to 8 February. 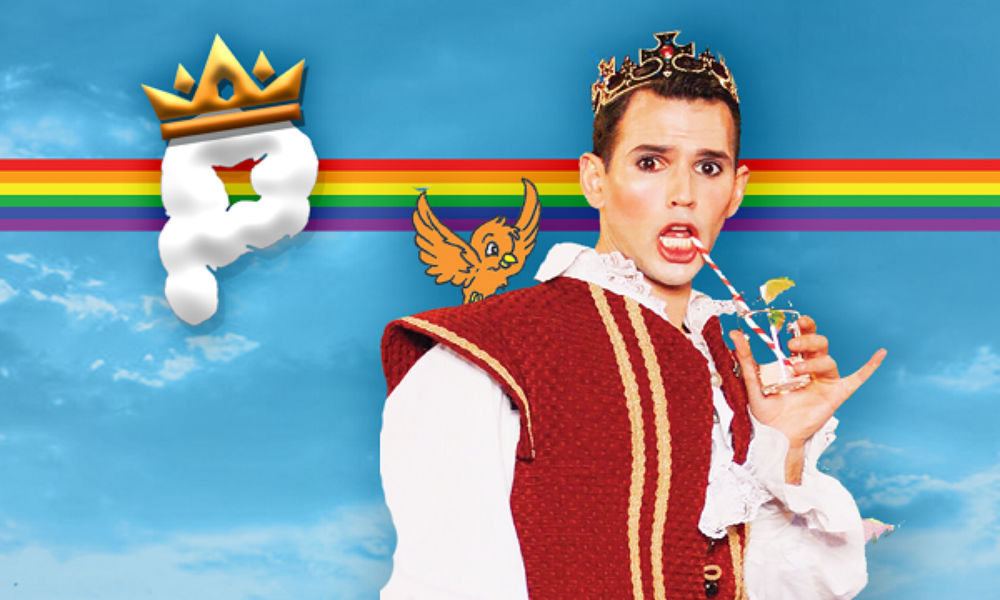 And producers are promising that the show will be bigger, bolder and braver than ever.

Follow Prince Henry, the only gay in the Kingdom Far Far Away, on his royal adventure to find true love… because if Disney won’t do a gay love story, we’ll just have to do it ourselves!

The show features re-imagined Disney classics such as High Ho, O, I’ve Just Come Out to The King and Let It Show.

And the London run will coincide with the start of LGBT history month 2020, celebrating the past, present and future of queer culture.

Happily Ever Poofter enchanted audiences and critics alike when it premiered at the Edinburgh Fringe in 2019, with one five-star review saying “this very clever inter-woven fairytale for adults touches all the emotions” and another critic praising its “clever jokes and also some unexpectedly serious twists and turns”.

The residence at the Kings’ Head Theatre will be followed by an international tour which will see the production travel Down Under to play at the Adelaide Fringe and in Sydney during February, followed by the Prague Fringe in May before a victorious return to Edinburgh this summer.

Actor and activist Rich Watkins is no stranger to the London queer theatre community, having work extensively at the Royal Vauxhall Tavern, Above The Stag, The King’s Head and with TwoBox Productions, Dragonflies Arts and LAMBCO Productions.

Happily Ever After marks his debut as a writer.

When not on stage, he is an advocate for HIV awareness and was recently featured in BBC documentary That Moment When, speaking openly about living happily and healthily with HIV. Happily Ever Poofter is sponsored by Wandsworth Oasis, a South London HIV charity.

Award-winning creative Denholm Spurr directs the show. He has been featured in Attitude, Gay Times, BuzzFeed, Jack The Lad and Vice Magazines talking about his career and LGBT community advocacy.

His recent directorial credits include Positive (Theatre Royal Stratford East), MERCY KILLING Mercy Killing (Stockwell Playhouse), and Under The Blue Sky (Drayton Arms). As an actor he is best known for playing the lead in the hit series The Grass is Always Grindr (London Live / YouTube), has been nominated twice for an Off West End Award and was named one of the Top 12 Leading Men of the Year in London. He has also served as a judge on the Olivier Awards.

Dancer, choreographer and movement director Simone Murphy has worked both on and off West End, on UK Tours and internationally. Notable dance work includes Cool Rider Live (Duchess Theatre) and as assistant choreographer to Lizzi Gee on Around the World in 80 Days (St James’ Theatre). She choreographed The Wizard of Oz (Fisher Theatre), while Happily Ever Poofter will be her first London show as choreographer.

Rich Watkins says: “I’m really thrilled Happily Ever Poofter has had such a great reception so far, and I can’t wait to take the show to the King’s Head.

“I’ve always loved stories about magical kingdoms and the idea of a happily-ever-after, but as I got older, I realised most of them were traditional boy-meets-girl tales. That’s why I decided I’d write my own fairytale and tell the story of a gay prince who is on a quest to find his one true love. It feels incredibly fitting that I will be performing Happily Ever Poofter during LGBT History Month, and I look forward to sharing this story of pride and acceptance with audiences.”