PASSENGERS on a TUI flight got the shock of their lives when cabin crew accidentally set off the emergency evacuation slide.

Lee Ingram said a crew member almost fell out of the aircraft after he opened the door without first “disarming” the slide.

The drama happened minutes after Lee, 43, and the rest of his family touched down at Birmingham Airport following a two-week Christmas break in Cancun, Mexico.

The computer programmer took pictures of the mix-up which showed the open door and slide of the Boeing 787 fully deployed.

He said emergency vehicles were automatically sent to the scene, heightening anxiety for passengers. The blunder is thought to have caused a delay, possibly as long as eight hours, as the slide was repacked. 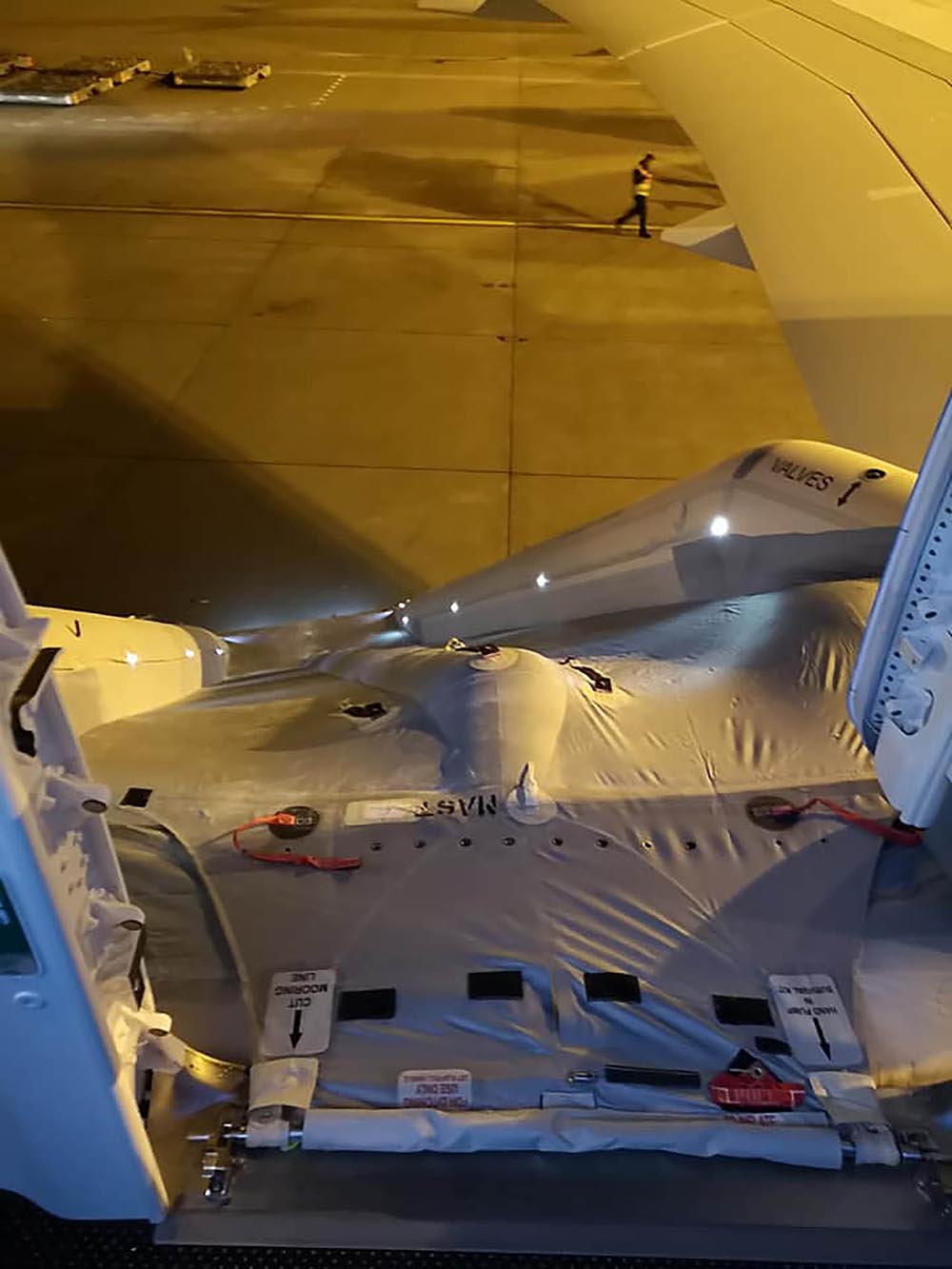 Lee, from Stafford, says the crew acted like nothing had happened, despite the alarm on Saturday morning.

He said today: “The crew member approached the door, the next minute there was a noise and I saw the crew member hanging onto the plane door. He nearly fell out of the plane and was very lucky to have remained in the plane.

“Obviously he had opened the plane door rather than disarmed the door.

“The slide was automatically deployed by the door opening and emergency response arrives at the plane shortly afterwards. No apology, no nothing from the crew at all.”

Lee said passengers had to walk past the open door so they disembark from the front of the aircraft.

“Everyone was shocked and couldn’t believe it happened,” he said.

“I was very concerned and it’s not until afterwards you really think about what happened.  I really can not understand why the door was opened at all and that was a worry.

“We were shocked that nothing was said to us at all and they simply wanted the situation to disappear.  Tui have really bad customer service and really don’t care.

“It makes you think what other mistakes they can make. Surely an experienced crew member should know what he is doing.”

Lee, who travelled with his wife, Claire, 45, and daughter, Ava, 12, posted the pictures to social media.

Sian Evans Steel responded: “I used to be a member of cabin crew. We would have been hung, drawn and quartered for this.”

Stephen Kurtianyk posted: “Oh my. That’s an eight hour delay straight away whilst they repack it. Wonder how they’ll claim extraordinary circumstances.”

Steve Hookey Hookway said: “Oooooops someone forgot to disarm the doors. Only thing is that will cause the next flight to be cancelled.”

Standard protocol for an airplane before take off is to have the doors armed, meaning the slides will automatically deploy when the doors are opened.

It is the duty of the flight attendants to disarm the doors after landing safely.

TUI customer furious after claiming company cancelled holiday and asked for £2,000 to rebook