Hibernian head coach Jack Ross admits he is hoping Jamie Gullan can be a solution to his shortage of striking options at the club.

Gullan flew out with the rest of the squad to their winter training camp in Spain on Monday after scoring nine goals in 17 appearances on loan at League One leaders Raith Rovers during the first half of the campaign.

The Leith side have sanctioned a week-long extension to the deal with the Kirkcaldy club, meaning the 20-year-old will be available to Rovers manager John McGlynn for Saturday’s clash at Forfar. 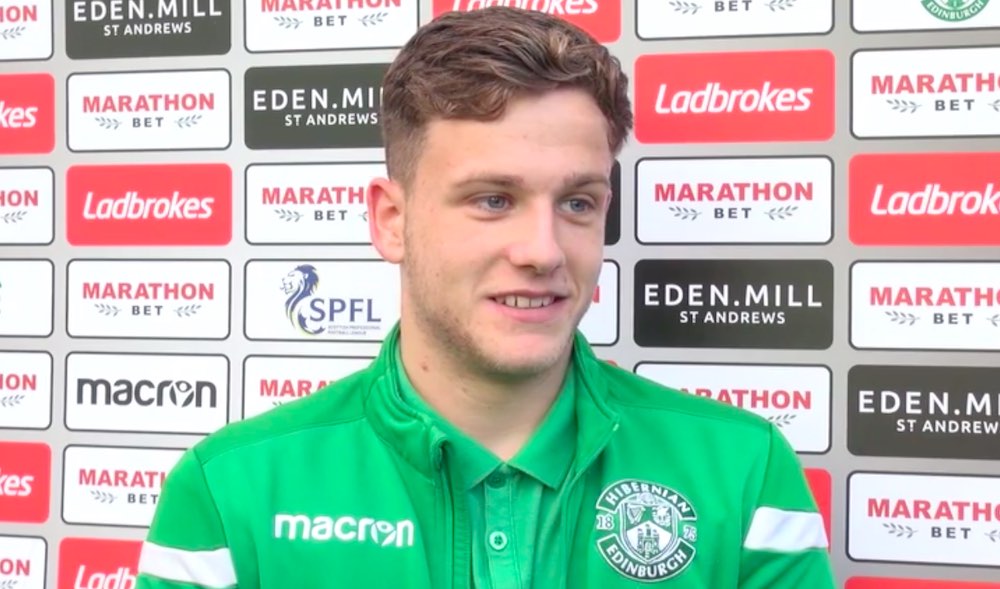 However, with only Flo Kamberi, Christian Doidge and Oli Shaw at his disposal in attack, Ross admits he is keen for Gullan, who has made three substitute appearances for the Leith side, to step up to the plate.

Ross, speaking to Hibs TV, said: “This week allows me to have a really good look at Jamie in training within the first team environment because I’ve not seen an awful lot of him first hand within our group, but what he’s done this season to date has been really good.

“I don’t think we have an abundance of options in forward areas at the moment so if we can progress one of our own players into the first team –  we are hopefully going to be able to do that. I want him to do that, I want him to push to be part of our first team between now and the end of the season.

“He’s ticked every box in that sense, hence the reason why he’s put himself so much into our thoughts.

“There are no guarantees in football but he’s probably in a good frame of mind that he believes he can play and score in first team football.”