MHA Henderson Loggie have partnered with Ice Dundee to support the Scot in achieving her goals for the 2026 Winter Olympics.

Ice Dundee is home to some of the best skaters from Britain and Ireland and has ambitious plans to become the UK’s centre of Excellence for skaters to achieve Olympic success.

Anastasia started skating at the age of 7 and has had success in British and international competitions and recently qualified to represent Great Britain at the Junior Grand Prix.

David Smith, MHA Henderson Loggie Managing Partner, said:“Ana is a truly inspiring young talent and we are proud to support her on her journey towards reaching the Olympics.

“We are delighted to become partners with Ice Dundee and be able to back the incredible work that they do in developing some of the most exciting ice skaters in the UK.”

“Our support will mean Ana can follow a rigorous training and competition schedule fully concentrating on her skating and goals.

“The funding will help cover travel expenses and equipment, as well as giving her the best training environment and coaching that it takes to make it to the Olympics.

“We understand the need to nurture young talent, and by helping Ana, we are also helping to create pathways for the next generation of ice skaters working hard to break through.”

Simon Briggs, GB Olympic Coach said: “We are delighted that Ana is receiving the support from MHA Henderson Loggie. She is such a hard-working individual and one of the most talented skaters in the UK.

“In skating it is not always easy to keep up with the top, as there is not as much funding as in other countries and sports.

“Therefore, we are delighted that such a prestigious company has recognised Ana’s talent and will support her in reaching her goal of making the Olympic Games.” 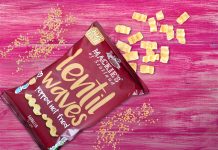