A VET was reported to the police and RSPCA after she posted a cute video of her pet dogs wearing snoods.

Kelly Roberts put all six of her cocker spaniels in snoods to stop their ears getting in their food when they ate.

But the 35-year-old’s clever solution to having to clean sardines in tomato sauce out of her pets’ ears was branded cruel by some social media users.

The vet from Monmouthshire in Wales was told by @S_Roy84: “The police and RSPCA have your twitter handle and video evidence and will be looking into it.”

@TelmooreMoore complained: “This isn’t a great idea. Dogs’ hearing should be unimpeded, it’s very sensitive and contributes to their feelings of wellbeing.”

@seoshar claimed: “That is cruel.”

After seeing the critical messages, Kelly posted video of her pets without their snoods on.

She uploaded the video with the caption: “If anyone thinks my dog’s are ‘frozen with fear’ or terrified, distraught or giving the side eye in their snoods, well here they are rocking their ‘concentration face’ with no snoods while waiting for some dried liver. They got you good.”

The six spaniels can be seen replicating the exact same look as the first video, this time without any snoods on.

Speaking today, Kelly said: “I think people should take a look at my other videos to see how my dogs behave and how they are treated in general, before making a judgement.

“The look on their faces is not because of the snoods, it’s because they are focused!”

She added: “I haven’t heard anything from the police in terms of an ‘investigation’ – only from individual police officers and dog handlers with 100% support for me.”

Kelly captioned her original: “We now have snoods so no more manky ears after dinner.”

The spaniels, named Lola, Alfie, Sophie, Harry, Penny & Minnie,  can all be seen wearing colourful snoods which are wrapped around their ears as they look up at Kelly.

@RPD_Logan was among those to be supportive of Kelly, writing: “I had to go and view the video of the snoods and I must be missing something if they think that’s cruel. 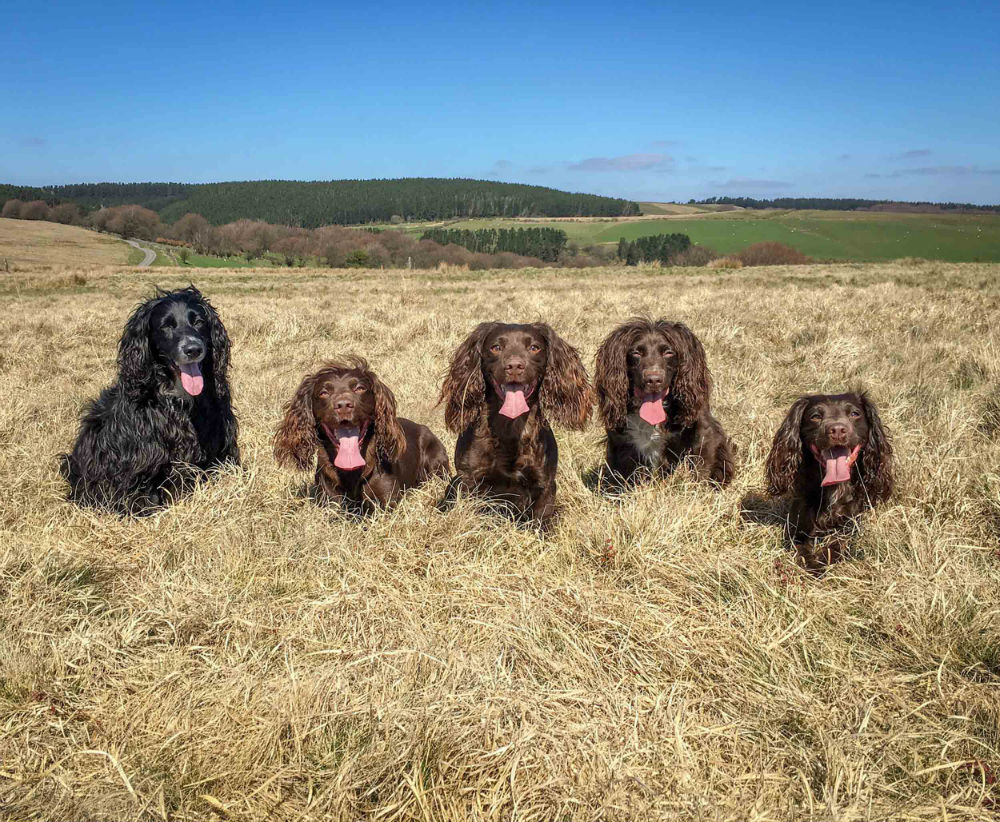 “All I see is some spaniels in snoods concentrating on their food coming. Some people seriously make my head wobble with their ludicrous accusations.”

@thedogman_918 tweeted: “Snoods or no snoods, there’s nothing to see here apart from a well behaved, well looked after pack of dogs. These dogs live a healthy, happy life. End. Of.”

@campnellru24 posted: “Awww! Look at those adorable faces. This made me smile, thank you. I have a tiny ear dog, so dogs with floppy ears make me giggle.”