AMAZING pictures show an Amazon customer’s front door blocked by a tower of nine boxes used for items that would have easily fitted into one.

The 37-year-old was astonished to discover that each roll had been placed diagonally inside its own substantial cardboard box.

Liu, from Henham, Essex, was able to get all nine rolls inside one cardboard box with room to spare for at least as many again.

She complained to the retailer: “Bought nine rolls of window films from Amazon.co.uk and this is what arrived. What a waste of paper.”

The images show all nine boxes stacked on top of each other outside her door.

Another photo shows one item in the box, to emphasise the space that was left around the box.

Victoria Farrall wrote: “That is horrific! You should really complain as just isn’t helping anyone anywhere. They could all fit into one box!” 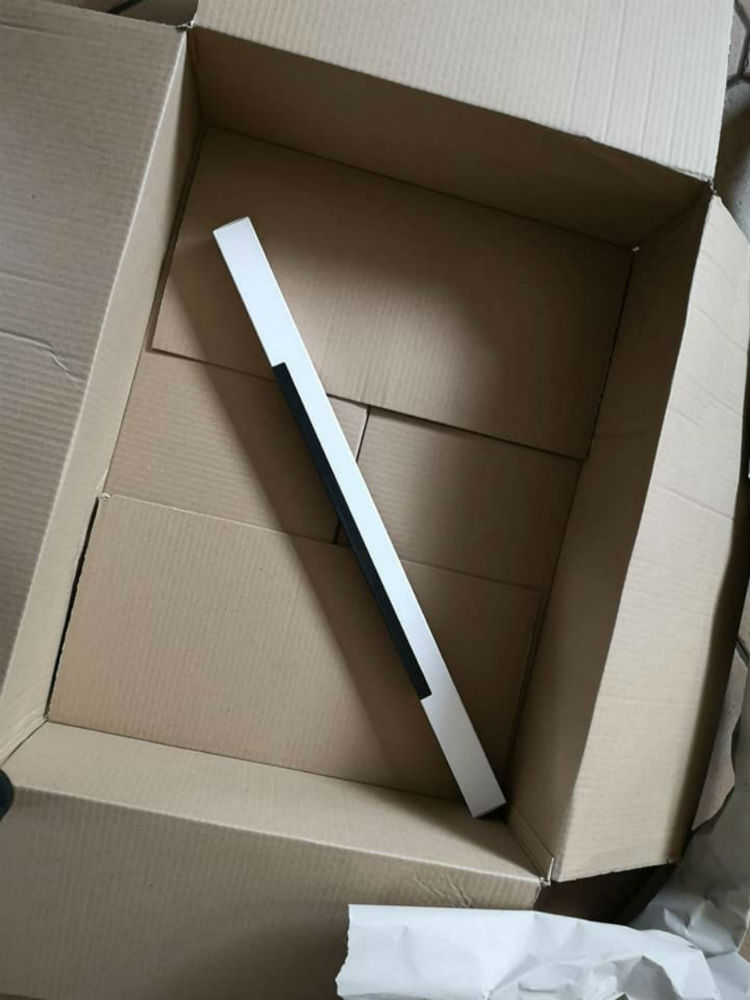 Liu today said she was horrified to find they had all arrived in separate boxes.

She said: “It’s completely outrageous. They could have placed all nine window films into one box instead of one box for each. Surely Amazon can do better to reduce their wrapping wastage and be more environmentally friendly.

“No I don’t expect them to contact me. They have always been packing things like this, with large boxes and tiny products, but this is extreme.

“I just don’t understand why they do not pack everything into one box. If Amazon could change the way they pack the goods, then I’m doing something meaningful.”