A DOG owner has been left with a £3,400 vet bill after her “daft” pooch swallowed 215 stones from the back garden.

An amazing X-ray image shows a solid mass of stones the size of a cantaloupe melon completely filling Buzz’s stomach.

Horrified owner Laura Jenkins could hear the stones grinding together inside her pet’s rock-hard abdomen. 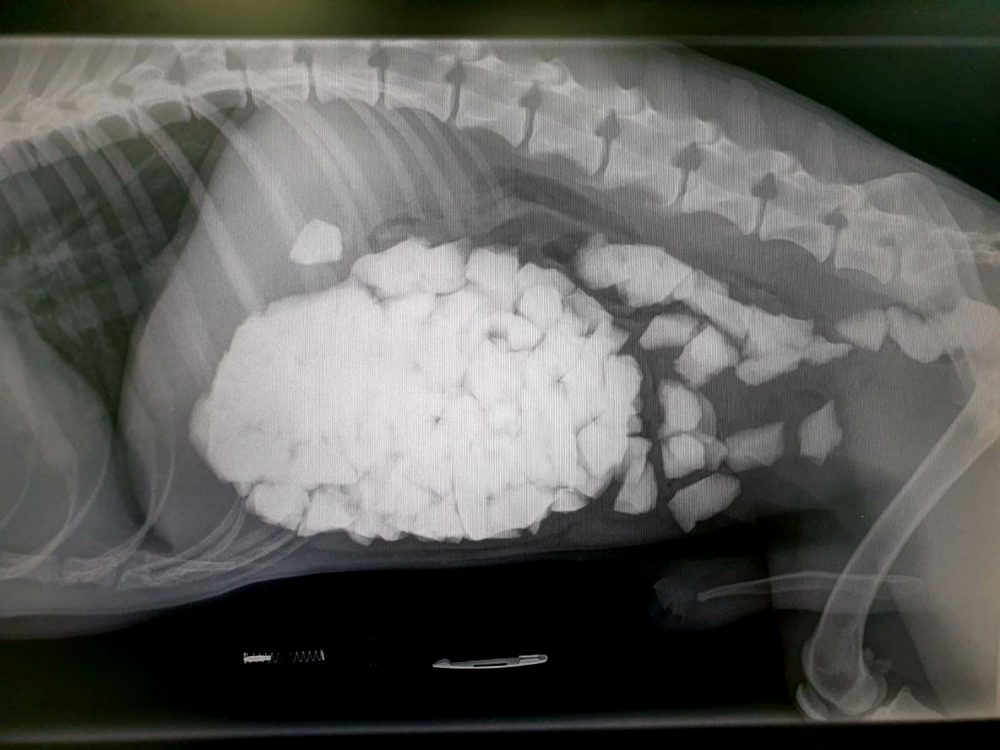 Laura, a 20-year-old student and mum-of-one, had to rush Buzz for emergency surgery.

The springer spaniel endured a four-hour operation, during which surgeons cut through his stomach and intestines. Buzz needed methadone – a heroin substitute – for pain relief.

Buzz is set to make a full recovery but Laura, from Kilmarnock, East Ayrshire, is now waiting anxiously for confirmation her insurers will pay out.

Speaking today, Laura said: “I noticed last Tuesday when I came in…he had pooped stones then later that night he was constantly being sick and bringing up stones. 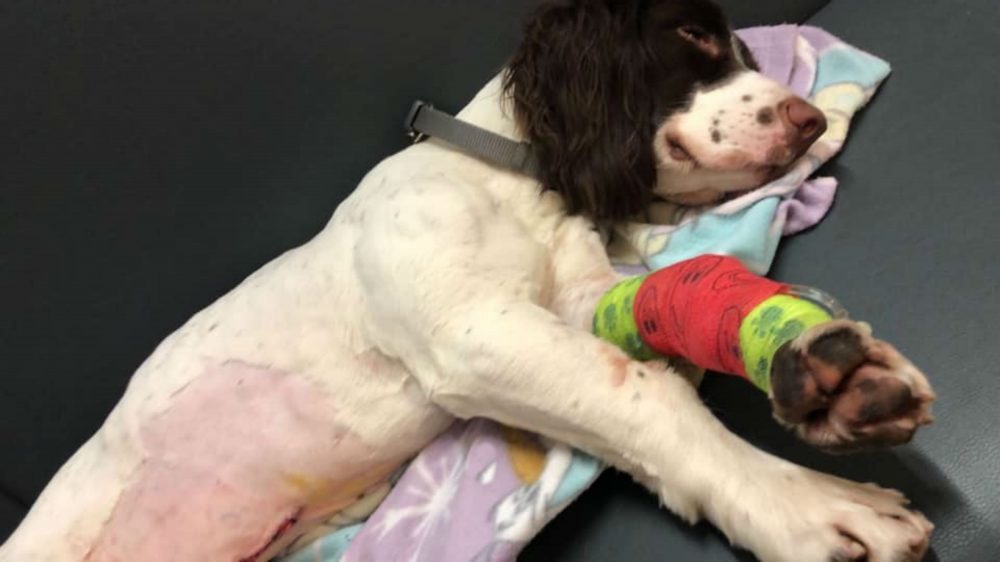 “I felt his stomach which was full and I could hear the stones grinding together.

“I was devastated as he’s only aged one and I never realised he was doing it.”

She added: “I went to the vet where she felt Buzz’s stomach and said that they would need to operate on him but they gave an X-ray first to see the extent of the stones.

“The X-ray showed that they were all through his intestines and that it was going to be a difficult surgery where she had to call in another veterinary surgeon to help out.

“They had to cut his stomach open and also his intestine to get the stones out.” 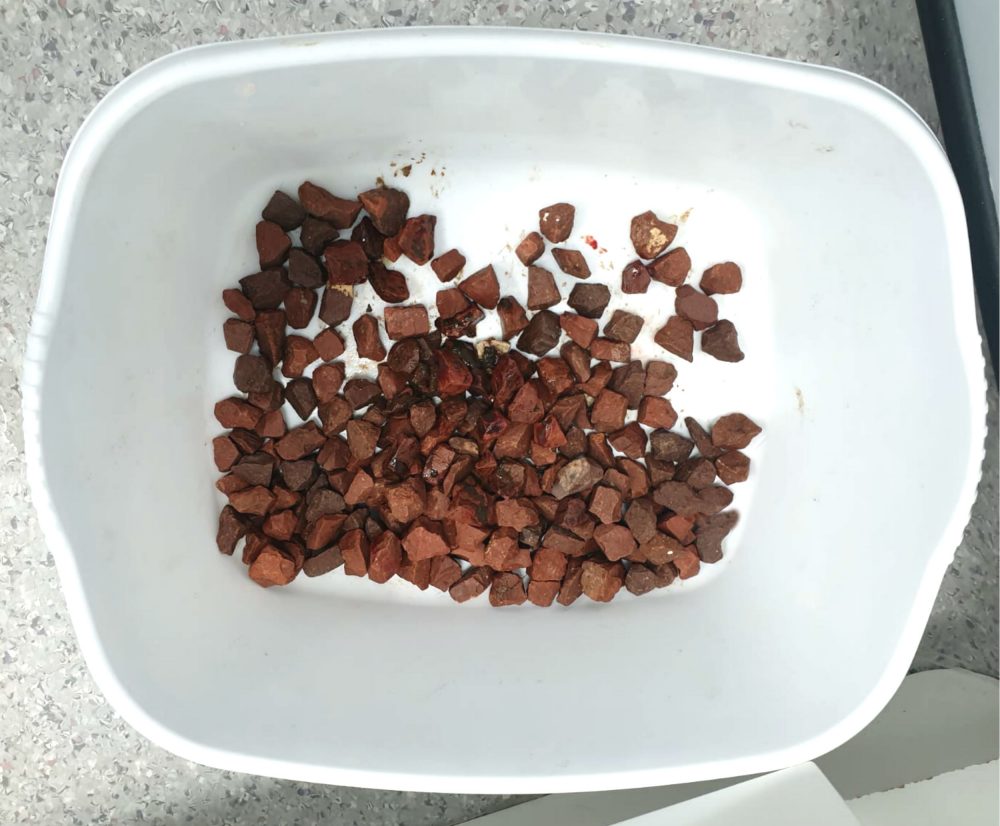 Laura said Buzz is doing well and seems happy and content, although a risk of infection remains.

She confirmed that the fees are currently sitting at £3,400.

Posting the X-ray to social media on Thursday she wrote: “Please don’t let your dogs play with stones.

“So after a crazy stressful two days, Buzz is back home with his wee family.

“The daft dog ate 215 stones over a period of time, which I never realised he was doing. 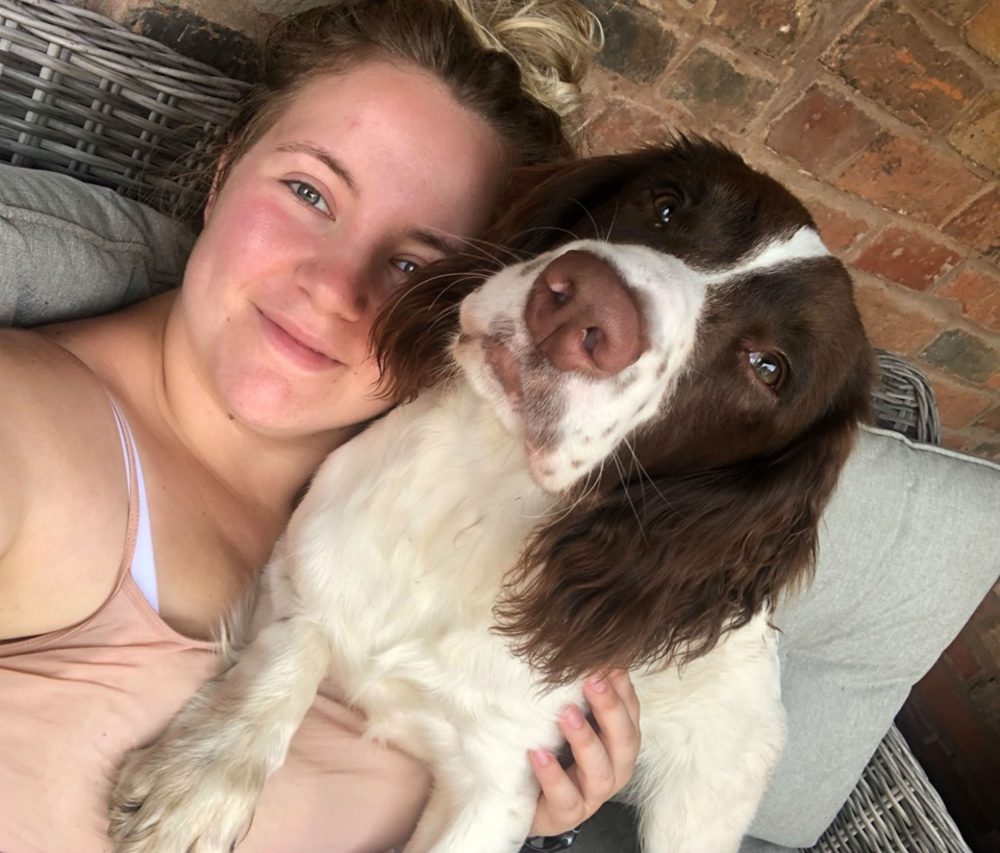 “Emergency surgery, loads if jags and pills and he’s hopefully on the mend.”

Hundreds of dog owners commented, shocked at the images.

One wrote: “Buzz you nearly went to infinity and beyond wee man.”

Another said: “Poor boy. Fingers crossed for a speedy recovery.

“I’ve seen this happen so many times. I just don’t get why they eat them, surely they can’t taste good?!”

And another social media user wrote: “Omg. He has been a lucky boy. Hope he gets well soon.”

Buzz rattled as he walked as a result of eating almost 4lbs of stones, a senior veterinary surgeon revealed today.

Layla Wood, who operated on Buzz at Vets4Pets in Kilmarnock, East Ayrshire, said: “This was definitely the worst case I’ve ever seen.

“You could hear him rattling when he was walking. He was probably in a lot of pain.

“Usually you would get one or two stones that are stuck in the stomach, or a sock or ball.

“It made it harder to get them all out as his stomach was so heavy.

“It should be like the size of a large man’s fist but Buzz’s was a medium-sized football.

“The stones came out weighting 1.73 kilos.

“We had to put one hole in the stomach and one in the intestine. There were a few we had to get out his bottom too.”

Layla added: “I don’t know why he ate so many of them. I don’t think he has chewed them but instead just carried on swallowing loads over a matter of time.

“I’ve told his owner Buzz will have to wear a muzzle now when he goes outside to keep him away from eating any more.”