AMAZING video shows a Cadbury’s Flake refusing to melt even when a 1,300 degrees C blowtorch is applied for over 30 seconds.

The chocolate bar smokes and burns like a piece of wood or coal but there is no evidence whatsoever of it turning to liquid.

The bizarre clip was the result of one friend telling another it was impossible for a Flake not to melt.

Brooke Vance, from Glasgow, uploaded her video to Twitter with the caption: “Obviously Gordo talks pure s**** so when he told me Flakes can’t melt I told him to f*** off  and he’s just sent me proof.”

Gordo’s clip shows the blowtorch flame being applied directly to the chocolate with a black plate below to collect debris.

Flames can be seen coming off the Flake as the blowtorch heats up bar, which becomes charred and then produces flames and smoke.

After the flame is removed the bar resembles a chunk of charcoal and what appears to be white ash can be seem. There is no evidence at all of liquid chocolate on the plate below. 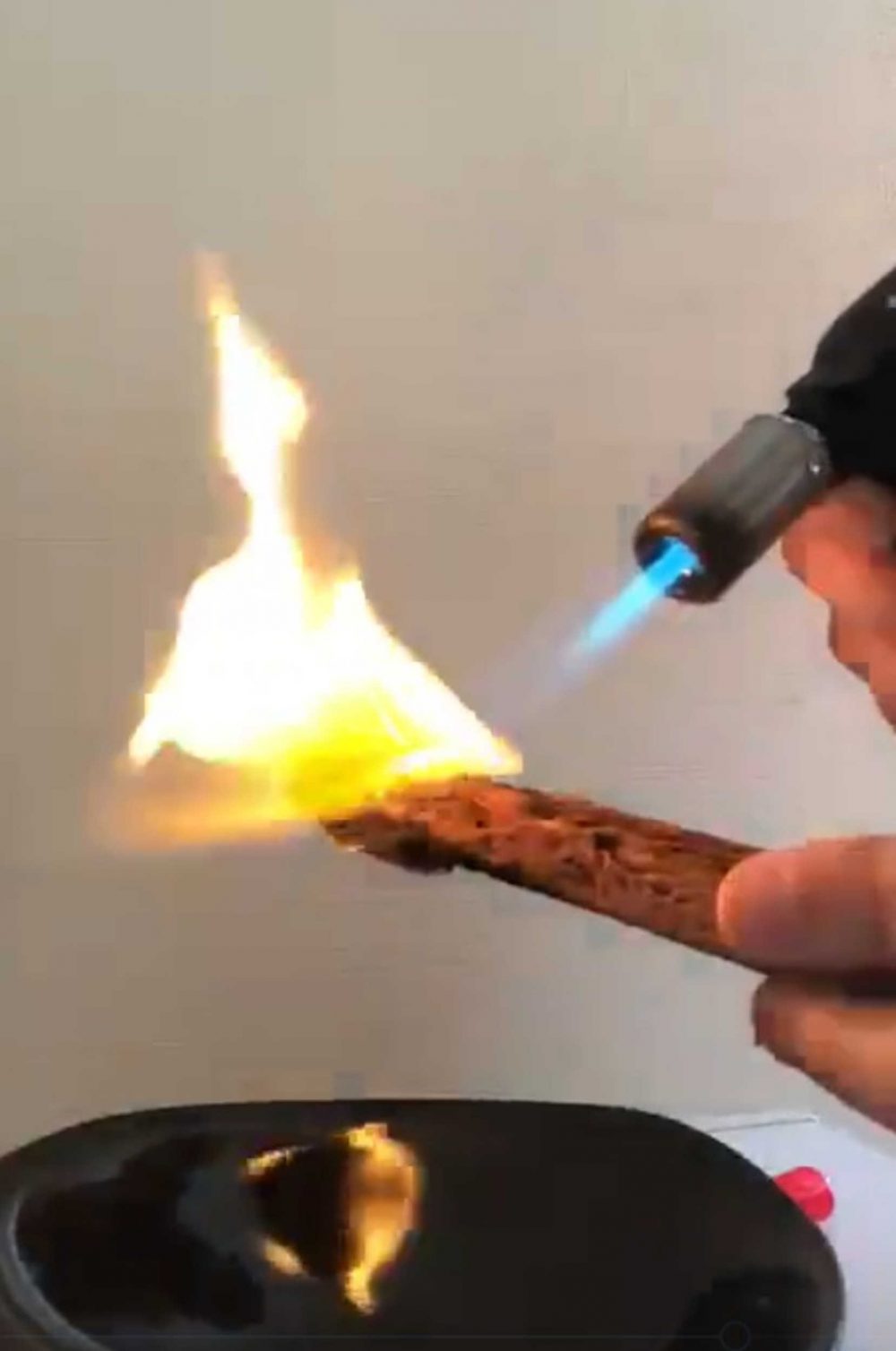 @LadAntrim wrote under Brooke’s post sharing a confused gif saying: “But when you drop a bit on your trousers it has melted in no time.”

@BryanHaggarty added: “If you see my daughter’s face and hands after eating one it proves they definitely do melt.”

@danidawson_22 commented: “But they melt if you put them in a hot chocolate?”

@marcmcewan_80 wrote: “F*** off. That’s not real! Wee bits of flake always falls onto my clothes and melts instantly.”

@KieranBoswell1 said: “Flakes 100% do melt had one in the van at work in the sun and I tore a corner off and it’s now a chocolate squeeze my tube.”

The scientific reason the Flake does not melt is that a blowtorch delivers too much energy.

When fragments of Flake fall on to the hands of a person eating the chocolate bar, the small amount of heat energy in the hand causes a “phase transition” from solid to liquid.

But when a blowtorch is applied, the enormous amount of energy involved creates a chemical reaction, turning the chocolate bar into something resembling charcoal.