THERE’S something beautiful about being a tourist in your own city and seeing it through the eyes of a dead poet whose spirit has been swirling his kilt across Scotland once a year for centuries.

Burns and Beyond, now in its second year, is a gorgeous poetic walking, dancing, musing, musical meditation through an Edinburgh infused with an almost Alice in Wonderland magic – if you will forgive me mixing literary reference.

But if you won’t; Tam O’ Shanter barely hallucinated so well on his sojourn through his own wild and whiskery winter’s night. And the mental wonders he saw were much less real.

It happens just once every 76 years and organisers are keen to capitalise on the opportunity of communion with another ancient culture.

I’m on the Burns and Beyond Culture Trail, a string of eclectic curated events all with Rabbie at their heart mapped across the Old and New Towns offering whistle-stop or more prolonged samplers of Scotland’s arts scene. 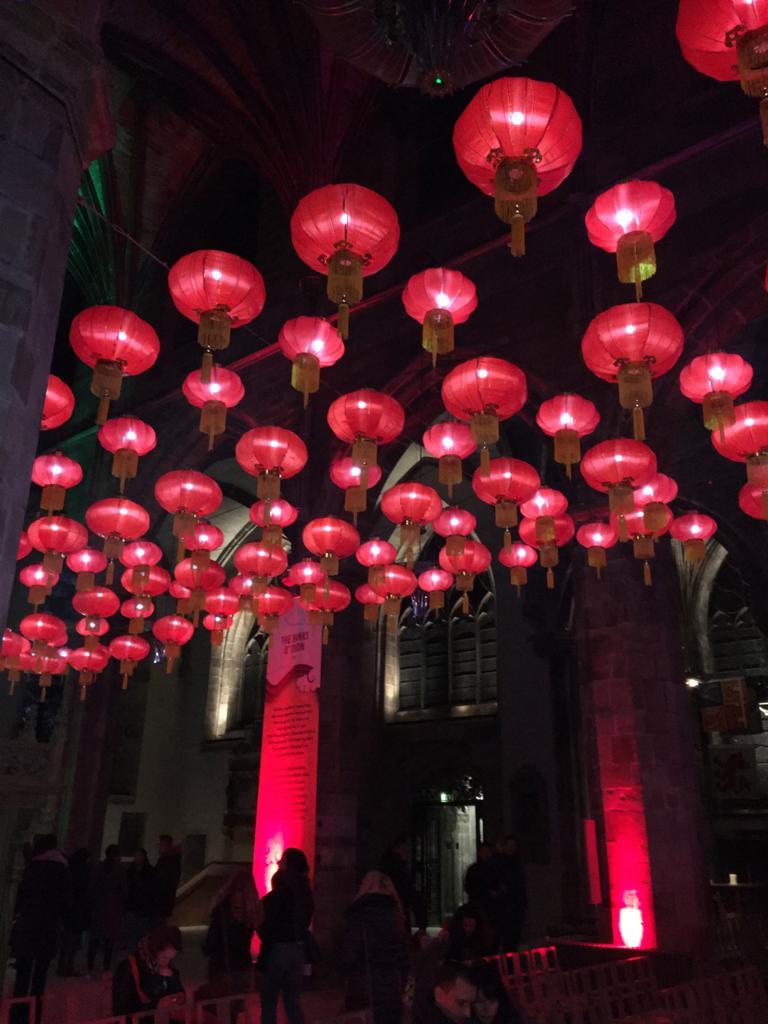 Stepping from the cold into St Giles’ Cathedral I am presented with an epic installation of 400 red lanterns made the more vivid by a specially commissioned musical score –  a respectful nod to a belief-system whose zodiac wheel has settled on the Year of the Rat.

It’s an unusually still, mild evening to cross the city. The buildings are lit with warming reds and purple tones. The personality of this European capital changes with every festive event and tonight carries a lilting romance that might move me to poetry were there not so many magnificent distractions.

On George Street the party is revving up. In the Assembly Music Hall, KT Tunstall is singing as her dynamic self and surreally for one song like Dolly Parton with an all girl band.

It’s relaxed and happy and when she rips into Suddenly I See after banter with the crowd… it’s as though they really do.

She is joined by ‘sonic hermit’ Johnny Lynch aka The Pictish Trail and extends a Fifer warmth and touching welcome to special guest Alannah Moar.

The tone of this braw evening is spot on – it is both slick and surprising and everyone seems to be marvelling at its inventiveness. It’s easy to become complaisant about festivals in Edinburgh – but this one is special. 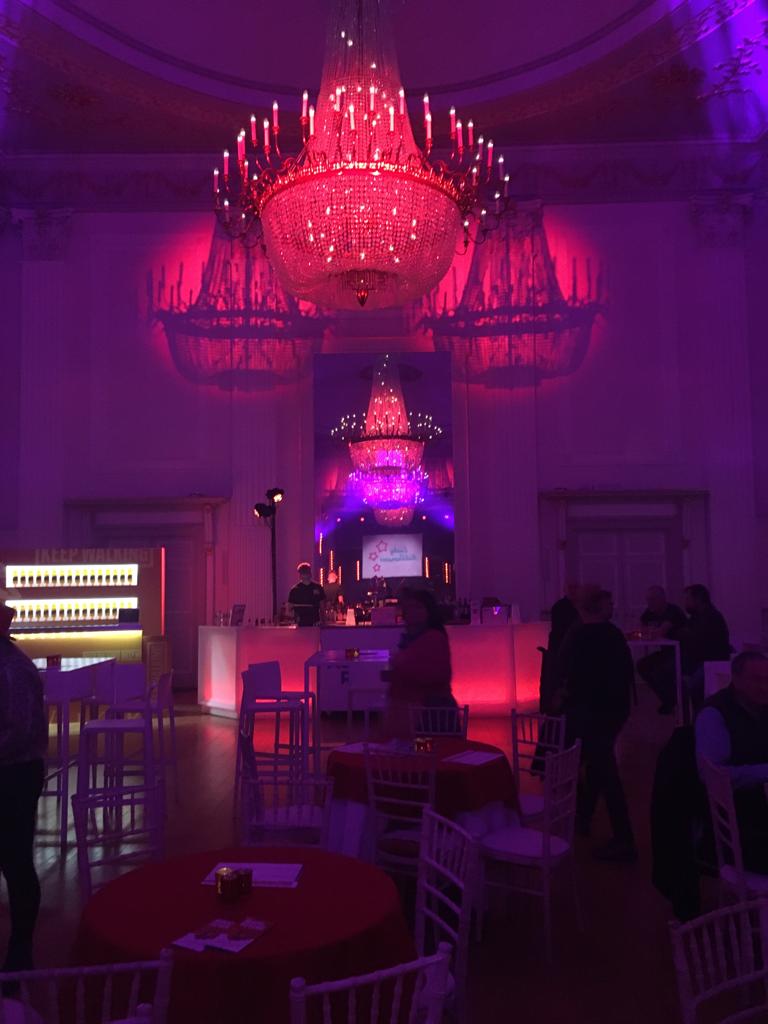 In the Assembly Ballroom, barely a skip away, award-winning poet Nadine Aisha Jassat is sharing cross-cultural greetings from a Yorkshire ‘Now Then’ to a Muslim  ‘Salam Alaikum’ – peace be with you in both languages – beneath  the be-jewelled sumptuous chandeliered ceilings.

Unique Events – sponsored again by Johnnie Walker – know how to brain-storm an enlightened winter fiesta, which is both elegant and balanced, easing  us out of the January malaise while quietly whispering the possibilities of the year.

It acts as counter balance to the louder more garish pantomime Underbelly served up for Hogmanay – and for that I am grateful.

The Culture Walk takes in nine venues, over four hours. A smorgasbord of acts include Neu Reekie! Presents with the live return of cult Edinburgh Hip-hop group Stanley Odd, singer-songwriter Carla J Easton of TeenCanteen, spoken word from Michael Pedersen and an explosive rendition of Burns’ Tam O’Shanter by Kevin Williamson. Every act is shot with atmosphere.

DJ  and singer/songwriter Joseph Malik heads up the Leith Collective,  for a riotous night, while whisky tasting at a ‘secret location’ in the New Town gives way to the opportunity to spin your kilt to traditional and more contemporary music at an outdoor silent disco. 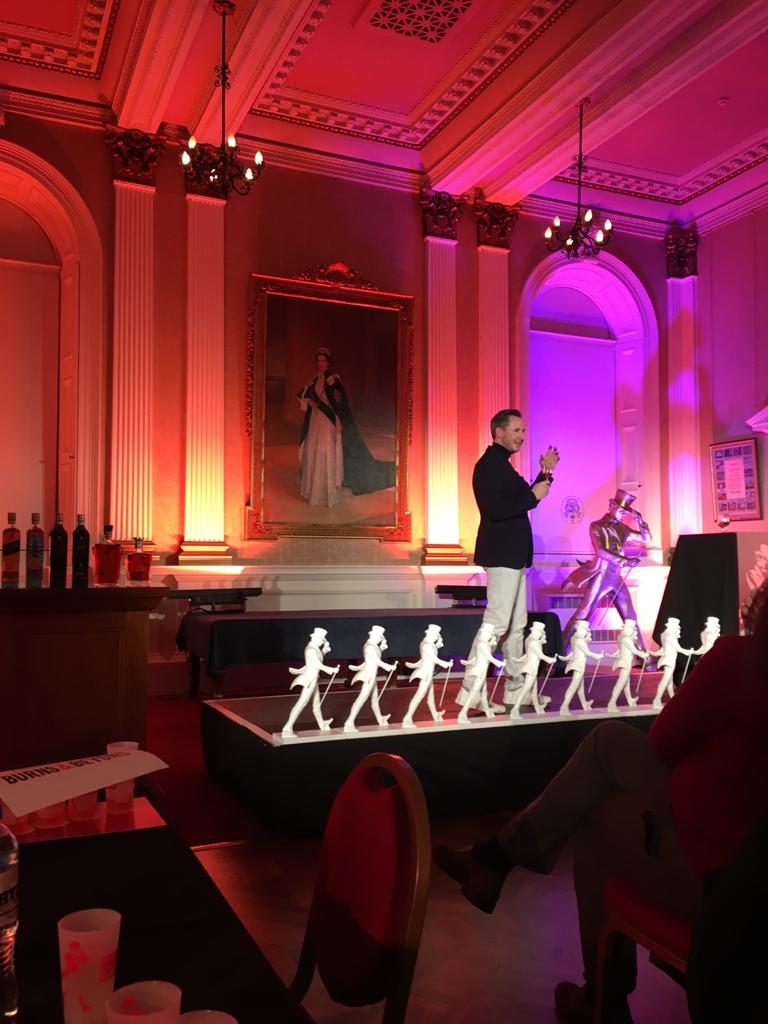 Nigel Robertson, the Johnnie Walker whisky, rep guides us through a cerebral and sensory journey into the characteristics of the water of life bringing a rocket fuel punch to the proceedings.

We even rub the  a few drops of the angels’ share in our palms and take a whiff in an act of self-discipline before it reaches out lips. More enlightened and wobbly we move on.

If you are up for a laugh The Gilded Balloon Basement on Rose Street offered rib-tickling comedy diversion with  Gareth Waugh, Christopher Macarthur-Boyd, Majorlein Robertson, Susan Riddell, Jamie Dalgleish and  Scott Capurro.

Other events in this almost three week festival have included a Not-So-Traditional Burns Supper, A Waltz Across the Carpet – a mental health fundraiser to celebrate the life and memory of Frightened Rabbit frontman – Scott Hutchison and the official Chinese New Year concert at the Usher Hall.

As the darkness slowly begins to yield to the light, the green shoots begin to make their way through the hardened earth and tim’rous beasties scuttle out of site, you might consider shoring up something of the soul of this gorgeous parade.

If for nothing more than Auld Lang Syne.