CHRISTIAN DOIDGE grew up idolising Ryan Giggs, wearing the Manchester United legend’s name across the back of his shirt. Now, the Hibernian striker is eager to grab the attention of the Wales manager and earn a dream international call-up.

With 15 goals from 31 appearances for Hibs so far, Doidge has netted more times than the other forwards in the Wales squad – including Gareth Bale – combined. The 27-year-old saw that statistic doing the rounds on social media recently and is hopeful Giggs has too.

He has confessed that one motivation for his move north in the summer was to try to further his international ambitions, with games against the likes of Celtic and Rangers more high profile than playing for previous club Forest Green Rovers in League Two. 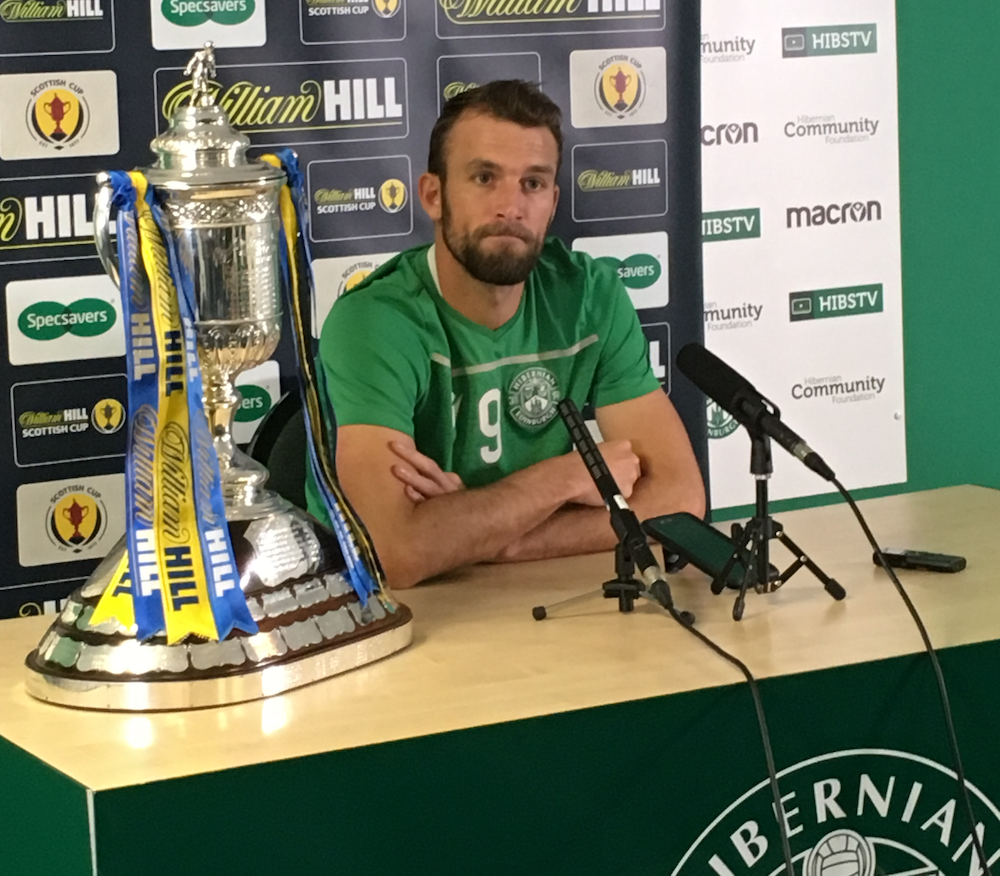 And, although it may be against Lowland League opposition, Sunday’s televised Scottish Cup encounter against BSC Glasgow affords Doidge another opportunity to catch the eye, with a Euro 2020 call-up firmly in his sights.

“I always had that hope that maybe they’d see I’d scored a lot of goals,” he says of his time down south. “But I think being in Scotland, doing well against good sides, is hopefully enough to get that opportunity. We’ll have to see what happens.

“I’ve timed it quite well [with Euro 2020], haven’t I? Playing for Wales is all I have ever wanted to do, to be honest. I would be very proud and my family would be, it would be unbelievable. But I have to do it for Hibs.

“I was shown that stat, it’s obviously nice to see. There’s some great players on that list, so to be on top is a good feeling. But I want to score more goals, keep pushing and help Hibs win. I just want to do well for Hibs and enjoy it.

“In the attacking areas Wales have always been good. There’s been a few, there’s Giggs, the manager, then John Hartson, Dean Saunders, Ian Rush, Craig Bellamy, some fantastic players who had great careers, so obviously you look up to them as kids and it’s something I’d like to do myself.

“I was a Man U fan as a kid. With the whole Welsh thing, Giggsy was a legend and being a Welsh lad you wanted to get the Welshman on the back of your shirt. He was an idol growing up.”

Doidge suffered a frustrating start to life with Hibs but has six goals from his last six games and will be hopeful of getting back on the scoresheet this weekend. However, having originally come through from the part-time ranks with the likes of Barry Town and Carmarthen Town, the Newport-born marksman will be wary of the Easter Road side being embarrassed against BSC.

“Of course, on paper, the two teams are a lot different,” he added. “But it’s going to be a tough game, they’re going to really up for it. It’s a great opportunity for their players and with the magic of the cup anything can happen. We need to be fully focused and go there to win.

“I understand what they’re going through. They’ve probably worked all week and they’ve got the game on the weekend. I’m sure they’ll have been looking forward to it all week and all their friends will have been talking about it.

“It’s a great opportunity for them. I’ve been in their shoes so I know how they’re feeling. They’re going to be bringing the best of what they can bring and we’ve got to make sure we do as well.”