MORGARO GOMIS admits he is stunned by the plight of Hearts. However, the Falkirk midfielder will have no qualms about heaping the misery on his former club.

Gomis, 34, enjoyed a largely successful two-year stint at Tynecastle from 2014, renewing his midfield partnership with Prince Buaben from their Dundee United days and helping the Jambos claim the 2014/15 Championship title with a record-breaking points total.

Indeed, the Senegal internationalist reckons he arguably played his best football during that time in maroon and, despite latterly joining Motherwell on loan, he developed a strong affinity with the Gorgie outfit. 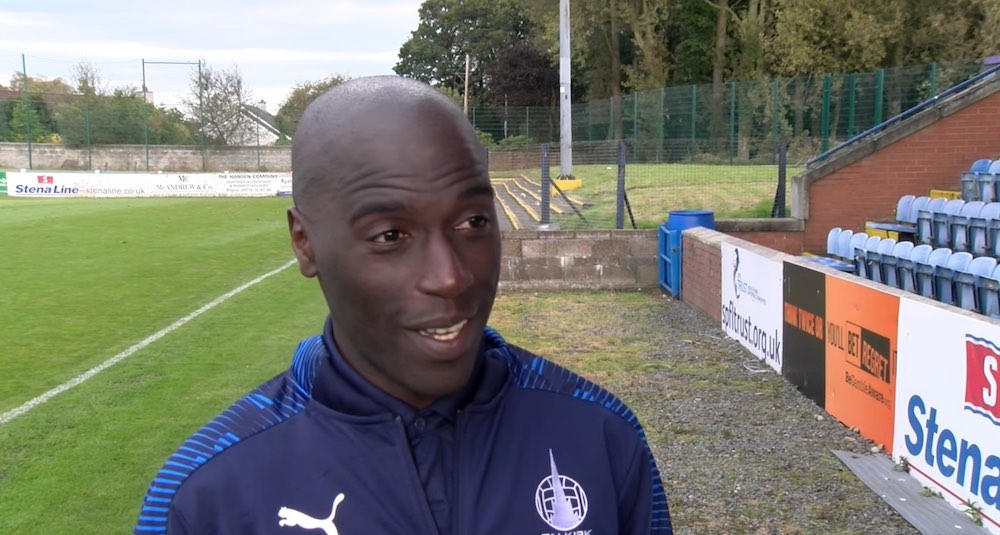 So he has taken no pleasure in seeing his old employers languishing at the foot of the Premiership.

“I’m definitely surprised because I think Hearts are the third biggest team in Scotland,” insisted Gomis.

“Look at the fanbase, the training facility they have and, at the start of the season, I didn’t think they’d be the position they find themselves in today.

“But that’s football. Sometimes things happen and I don’t know why they are where they are. Hopefully, they can kick on . . . just not until after our game!

“I have good memories of my two years there. It was one of my best times in football in terms of the way I played, we won promotion and we had a good squad.

“Then the year after that we did well in the league – although I was only there for six months with my loan to Motherwell. Hearts finished the [2015/16] season third so it is a good memory I have.

“We respect Hearts as a big club – but we have nothing to fear. We are playing at home and have a good record here and I think it will be a good game.”

If Hearts find themselves in a position not befitting a club of their stature, the same can be said for Falkirk, who are attempting to escape League One.

Nevertheless, the Bairns boast a squad packed with pedigree, with the likes of Connor Sammon, Declan McManus and Paul Dixon, while they have a Scottish Cup-winner in the form of Gomis.

He lifted the trophy with Dundee United in 2010 after a 3-0 win over Ross County and would dearly love another memorable adventure this time around.

“Winning the Scottish Cup with Dundee United was probably my best memory in football,” smiled Gomis. “The feeling to win the match, lift that cup and see all the fans being happy is something that stays with you forever.

“It was ten years ago but everyone still speaks about the occasion.

“Straight from winning the cup, there were people outside the stadium and then all the way back to Dundee we were seeing people celebrating. It’s something that people remember for the rest of their lives.”

A foray into the cup – and a relatively pressure-free one, given two divisions separate the sides – will provide a welcome distraction from the fraught fight for the League One title.
The Bairns currently trail leaders Raith Rovers by three points.

Nevertheless, Gomis believes a positive showing against the Jambos can boost their promotion push.

“It can help us because you are playing Hearts, who are a big club – if you beat them then confidence goes sky high and then everyone gets more focus on the rest of the season,” he added.