JACK ROSS has described the weather conditions during Hibernian’s 4-1 Scottish Cup victory over BSC Glasgow as ‘borderline farcical’ and revealed that the severity of Storm Ciara had raised the possibility of a postponement.

It was little wonder, then, that Ross cut a relieved figure after the Hibees overcame the incessant whipping wind and rain – and a laudable showing from their Lowland League opponents – to take their place in the quarter-finals.

Marc McNulty was the hat-trick hero for the capital club, while Greg Docherty opened his account for Hibs in the dying embers to tee up a last-eight tie with Inverness Caledonian Thistle. 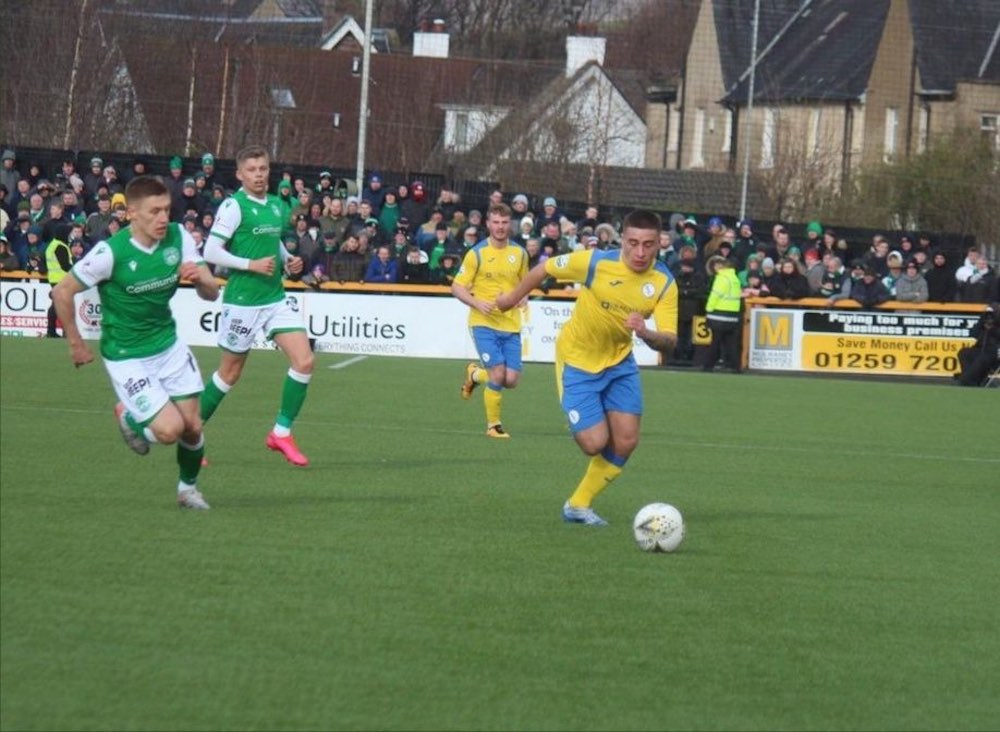 A fine header by Ross Smith, which reduced arrears to 2-1 prior to the interval, was the least the hosts deserved, but ultimately a futile effort.

“I watched the games on Saturday and saw how difficult they were, so we knew that would be the case – and it was,” said Ross. “It was okay when we arrived but, as the game progressed, it became borderline farcical.

“I played at Broadwood with Clyde so I am used to playing in the wind, but I think everyone could see the impact it had on the ball moving.

“It was difficult to plant balls [for set pieces] and when that is happening, you are probably on the brink of it being difficult to continue play.

“So, I’m delighted to to get the game played – there was a small doubt in the morning.”

McNulty had ample cause to be delighted the fixture received a green light from the authorities, given he proceeded to walk away with the match ball. Nevertheless he was far from immune to the challenges posed.

“It’s definitely up there [with the toughest conditions experienced]. The wind was so strong and it was changing direction and going everywhere,” noted the Scotland striker.

“Even the boys on the pitch were talking about it. It was just so tough to read the ball and that was a bit of a leveller.”

Although the manner of their victory against a side four divisions below them was not as comprehensive as many may have predicted, the deadline day loan capture from Reading believes it could prove a waypoint in a glorious campaign.

“No matter how we played, it was about getting the result [and] we’ve definitely got to be looking at winning the cup,” he added.

“I know everyone looks at it and thinks Rangers and Celtic need to be winning everything, but that’s not the case. If you are in the hat, you’ve got to believe you can win it and be confident.”